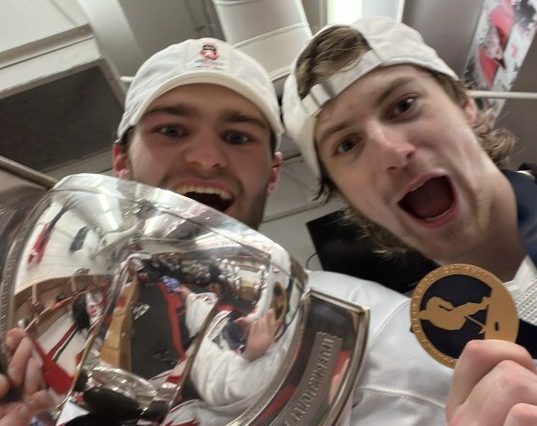 “It’s our birthday and it’s all we wanted – a gold medal,” Othmann said during the victory celebrations. “It’s unbelieveable.”

Othmann, 20, a Pickering native and New York Rangers prospect playing for the Peterborough Petes, and Team Canada captain Wright, 19, a Seattle Kraken forward by way of Burlington, both contributed on the scoresheet as well. Othmann assisted on both Canadian goals scored in regulation – including Wright’s fourth of the tournament in the second period to give Canada a 2-0 lead – and almost made it 3-0 in the third before the Czechs stormed back to score twice to stun the home crowd in Halifax and force overtime.

Handling adversity is nothing new to Othmann and Wright, however. The two consider themselves brothers after bonding while playing for the Don Mills Flyers in minor hockey.

Team Canada defencemen Brandt Clarke, who plies his trade with the Los Angeles Kings, was on that 2017-18 minor midget team as well, as was a goalie from Ajax named Roy Pejcinovski, who was brutally murdered, along with his mother Krissy and sister Vana, by Krissy’s boyfriend in 2018.

Corey Fenn, who was found guilty last February, was sentenced in April to life in prison with no chance of parole for at least 25 years.

The team, who found sanctuary on the ice after the tragedy, managed to win a provincial title that year and with Pejcinovski’s memory to guide them, won an incredible 70 games the following season, culminating in a 6-5 overtime win over the Toronto Red Wings to win the OHL Cup.

Wright set up Othmann for the championship-winning goal in that game.

“He was a really big key to our team last year,” Othmann, one of Pejcinovski’s closest friends on the team, told The Hockey News. “You couldn’t get the puck past him, he was an amazing goalie, and we miss him very much.” 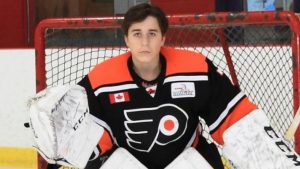