PICK A SIDE: Is it the right time for an election? 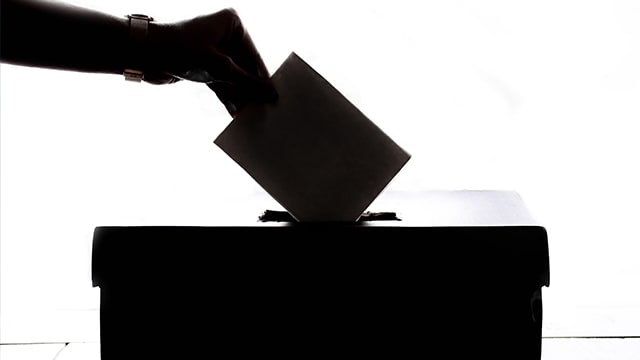 As if there wasn’t enough going on right now with the pandemic, it appears Canadians can expect to head to the polls next month, as sources have said Prime Minister Justin Trudeau intends to call an election for September 20.

It’s clearly a strategic move, the Liberal government is in a pretty good position currently, as they have now acquired enough COVID-19 vaccines for every Canadian to receive two doses, and their popularity has increased slightly in recent weeks.

According to the latest polling data from 338 Canada, Trudeau’s liberals are in the lead with 36 per cent of support of Canadians.

The Conservatives are a close second, with 29 per cent, while the NDP is in third, with 19.7 per cent.

Trudeau has attributed this election to a lack of support from other parties in passing legislation—the Liberals currently have a minority government, meaning it’s more difficult to enact new measures, which is problematic given the fact we’re in the midst of a global health crisis.

But, given that the pandemic is still prevalent and COVID-19 cases continue to rise in Canada and across the world, is this the right time for an election?

Those in favour believe the time to act is now, and, if projections are to be believed, Trudeau should take advantage of the opportunity to win a majority government.

Some have cited Canada’s vaccination numbers, which continue to increase every day, as a reason why an election in the fall isn’t as risky as some believe.

Those opposed to an election have suggested, given how much the government has spent in pandemic-relief measures, having an election now is an unnecessary expense.

Additionally, others feel forcing Canadians to gather in masses to cast their votes is an unnecessary risk that will ultimately lead to a surge in new cases of the virus.

It’s possible Canada could look to the U.S.’s example—our neighbour to the south held their presidential election during the height of the pandemic, and had to make significant adjustments, including offering the option to vote remotely.

This was something that created quite a bit of controversy, as many suggested mail-in ballots presented an increased risk of voter fraud.

So, readers, what do you think? Is now the right time for an election?

Is it the right time for an election?

Created with Made with Site Listener
insauga's Editorial Standards and Policies