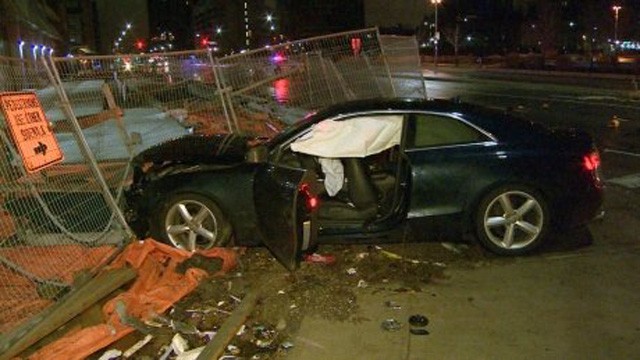 A woman sustained minor injuries after a major early morning crash in the Square One area in Mississauga.

According to a recent CBC News article, the two-vehicle crash occurred around 3:00 a.m. on Wednesday, Jan. 4 in the Burnhamthorpe and Confederation Parkway area.

Around 7:30 a.m., Peel police announced that a driver and passenger failed to remain at the scene due to being impaired. Police tracked the fleeing individuals with a K9 unit and both were subsequently arrested.

Although the injuries were minor, the vehicles sustained significant damage. You can see pictures, courtesy of Twitter users Tony Smyth (@LateNightCam) and Huda (@hu_da_da) below.