Another anti-mask protest has taken place in Mississauga today, this time at City Hall.

The protest was attended by members of Hugs Over Masks, a group of residents protesting against the restrictions that have been put in place due to the COVID-19 pandemic, and who have spoken out against mask requirements in Mississauga and elsewhere.

Alongside this protest, the group also staged a protest at City Hall in Hamilton today.

While one of the group’s organizers was charged by Hamilton police after an anti-mask rally in Hamilton was attended by over a hundred people on Sunday, November 8, there’s no word at this time on any charges or fines resulting from today’s protest in Mississauga. 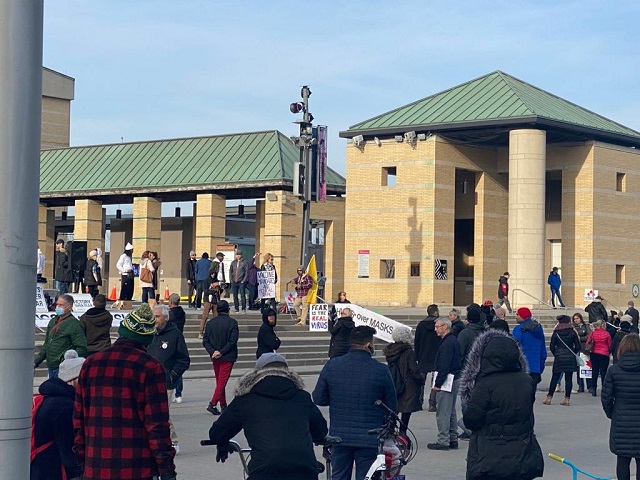 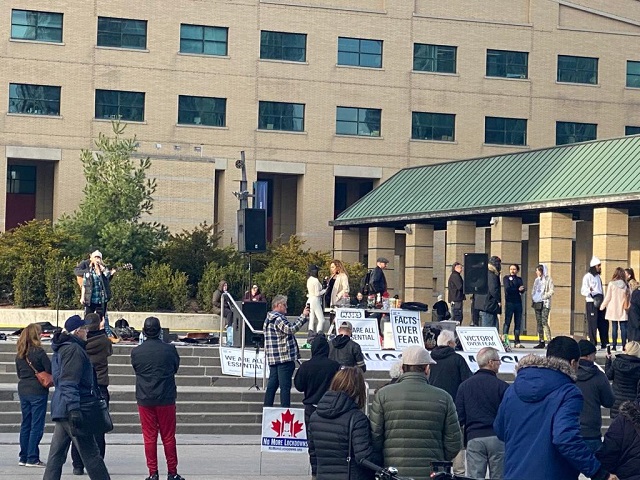 Unique Restaurant Shuts Down in Mississauga
The Kolkata Club
END_OF_DOCUMENT_TOKEN_TO_BE_REPLACED