Some communities are changing pretty drastically in Mississauga, and the Mississauga Erin Mills community in particular is seeing its fair share of development.

Subtle branding by Pemberton of their development as “Downtown Erin Mills” and the renovations at Erin Mills Town Centre definitely indicate that the long term plans are to service more people living adjacent to the mall.

Back in October, inSauga reported on a development application from Daniels Corporation. For those who are unaware, Daniels—which has been one of the key builders in the area—is proposing a high-density residential node at the southwest corner of Eglinton Avenue and Erin Mills Parkway as their first phase of towers.

The proximity to the Mississauga Transitway as well as MiWay corridors motivated the company to plan development at this intersection. According to Urban Toronto, Daniels has now filed plans for the community’s next phase, which consists of three towers at 24, 25 and 36 storeys in height.

The buildings are designed by Kirkor Architects. In our previous article, we showed some initial drawings in the planning report issued last October. The following pictures are more defined images of these next phase of condominiums. 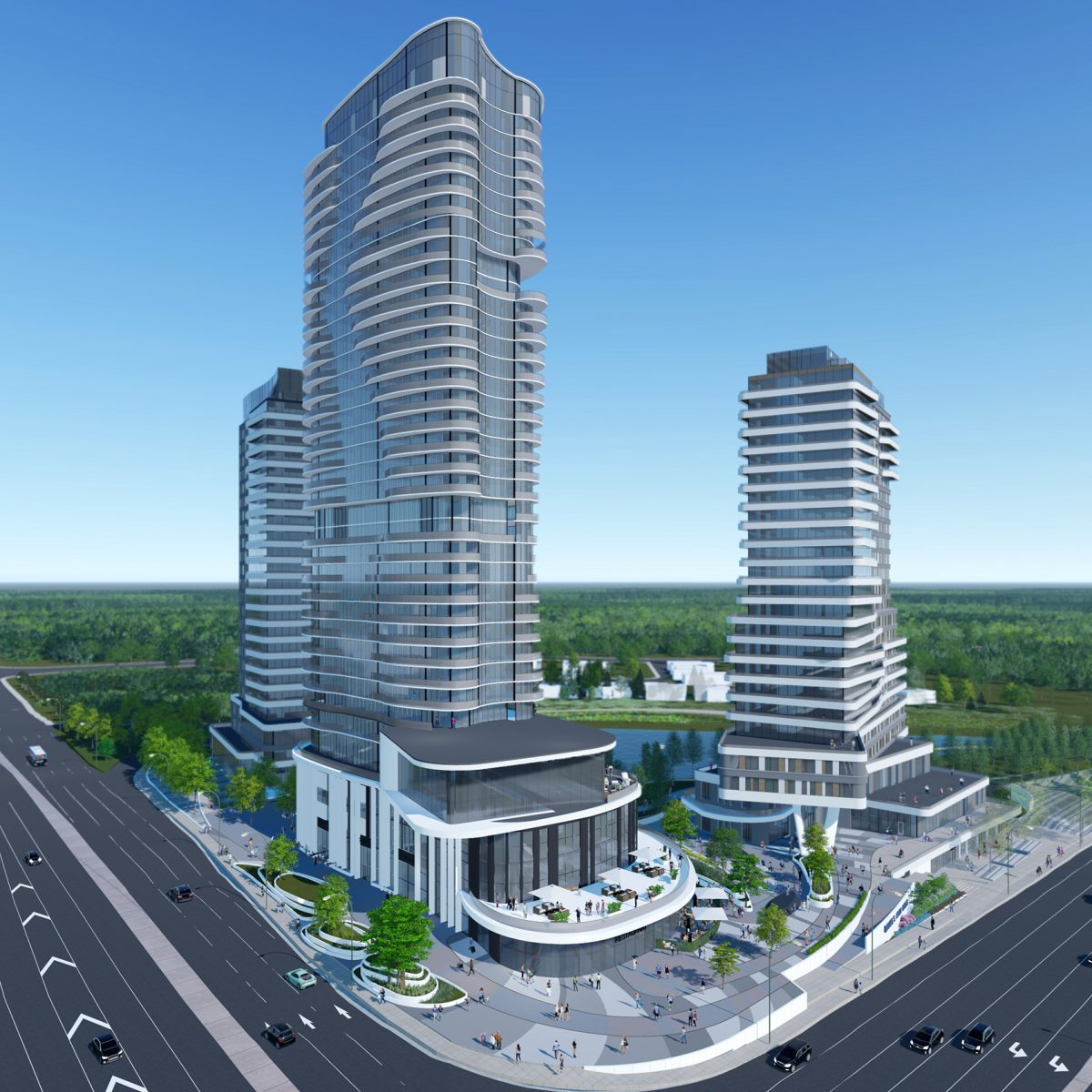 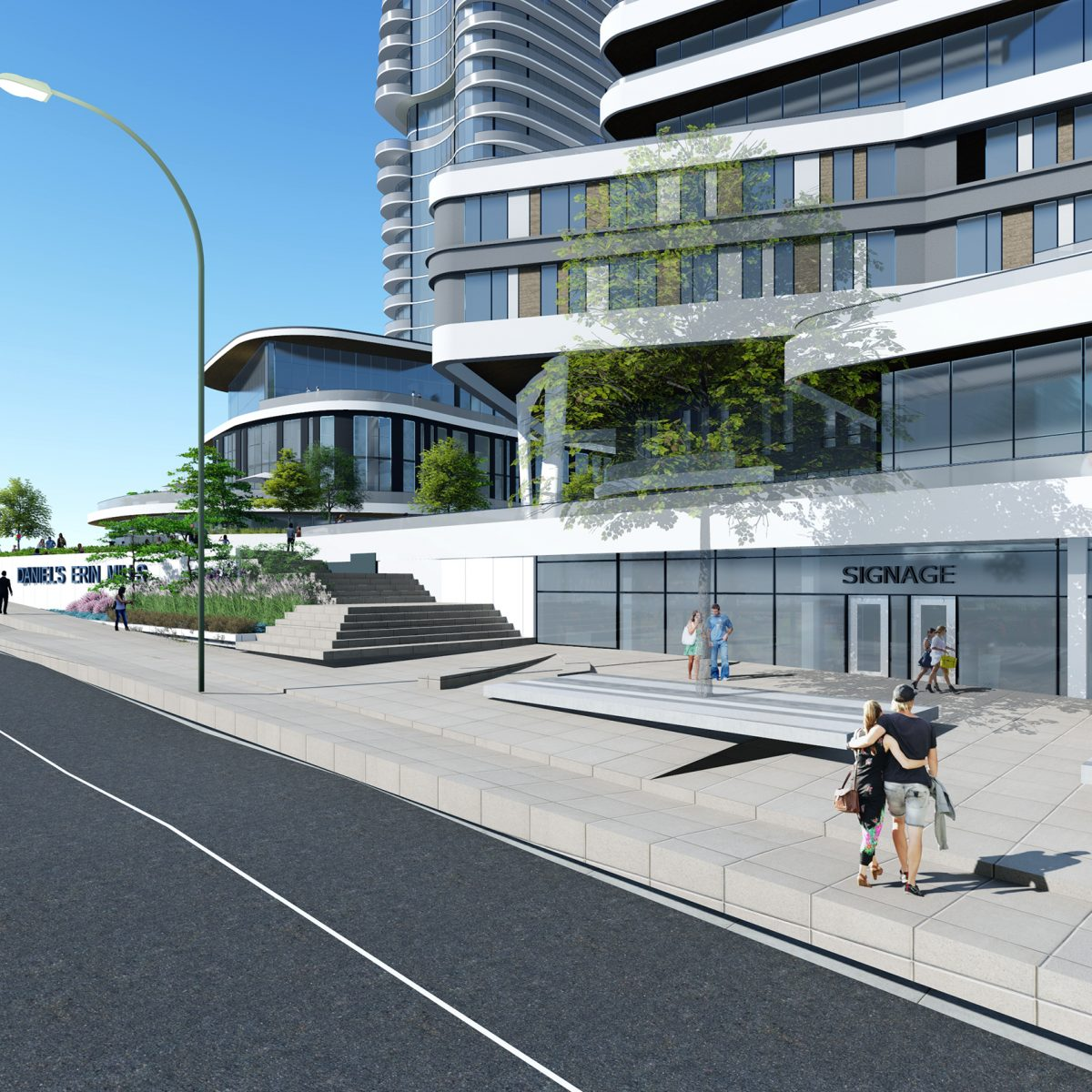 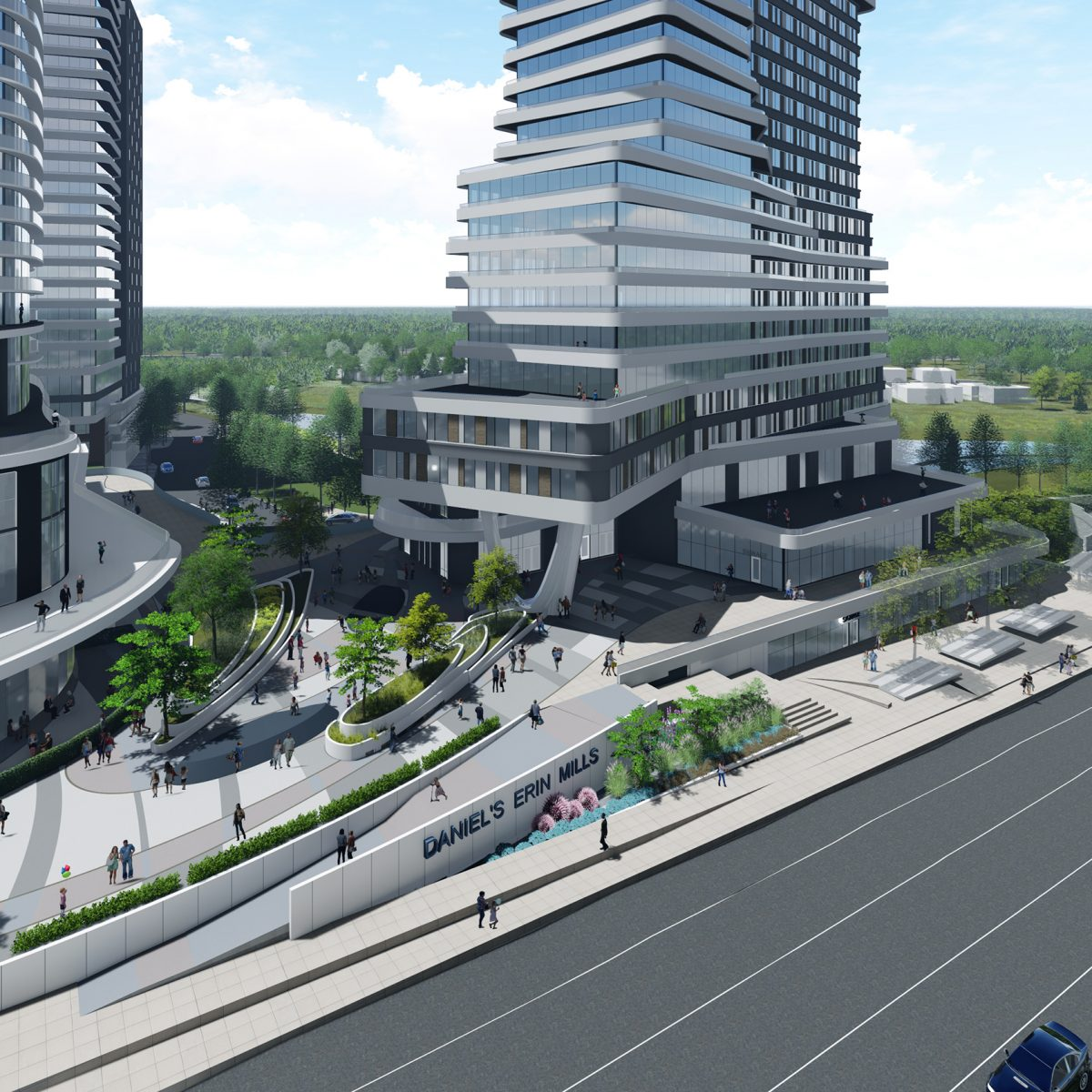 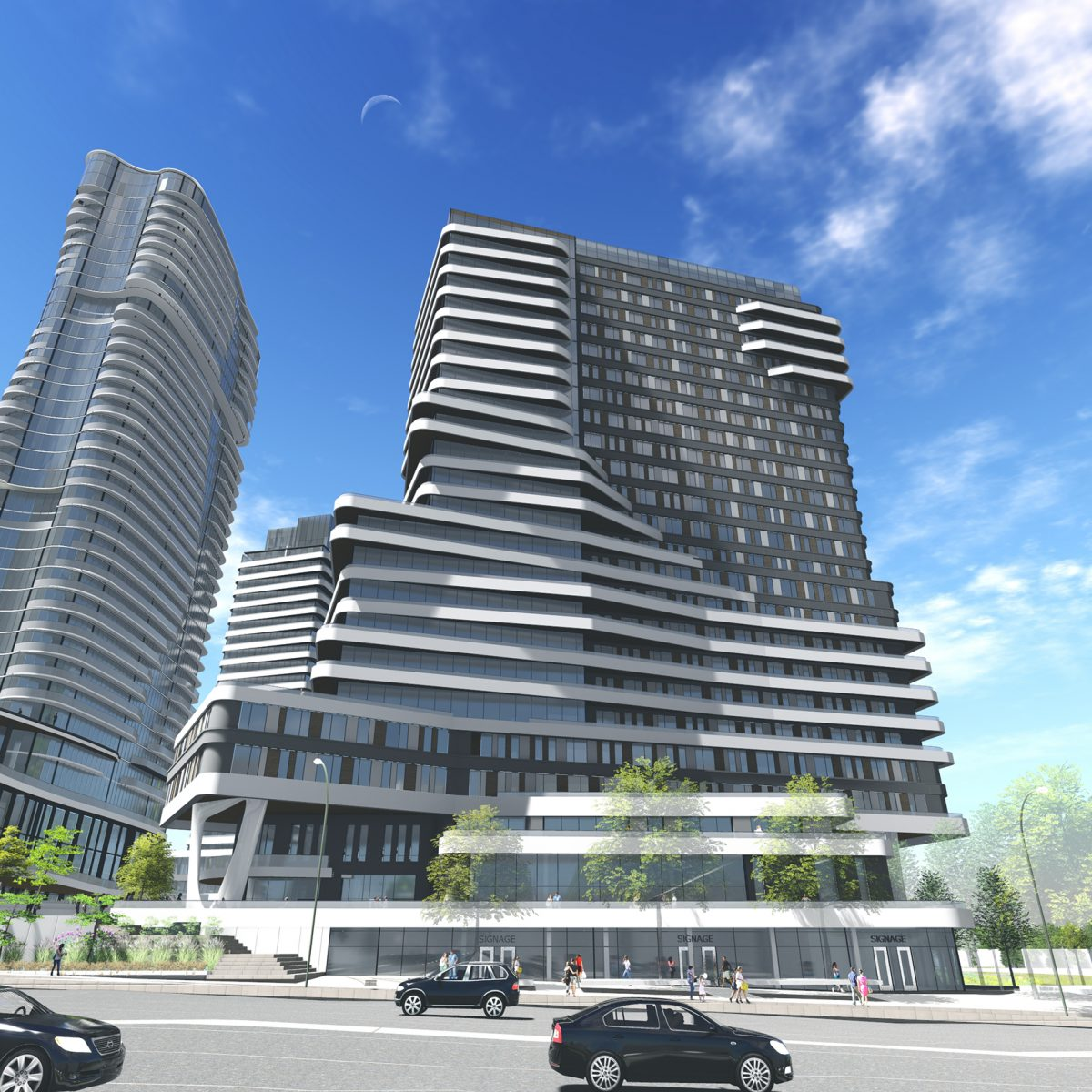 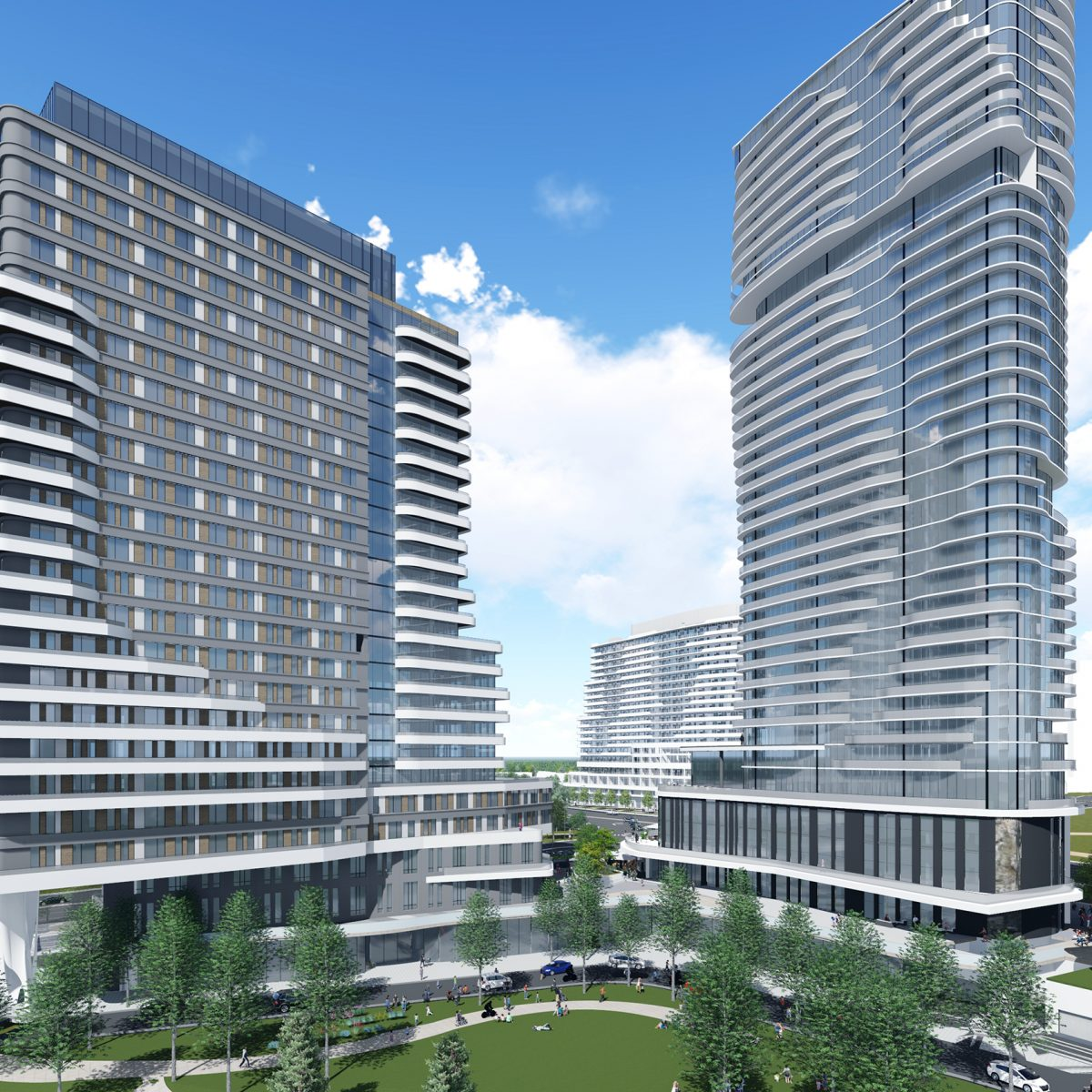 The new phases’ architecture is very similar to the flowing design of the Arc at Erin Mills, the phase three building now under construction across the intersection.

The plan also calls for 338 rental and 639 condominium units, totalling 977 residences for an anticipated population of 2,443. They will be serviced by a collection of indoor and outdoor amenity spaces, as well as a 1,334-space underground parking garage with 1,224 resident spaces and 257 visitor and commercial spaces. 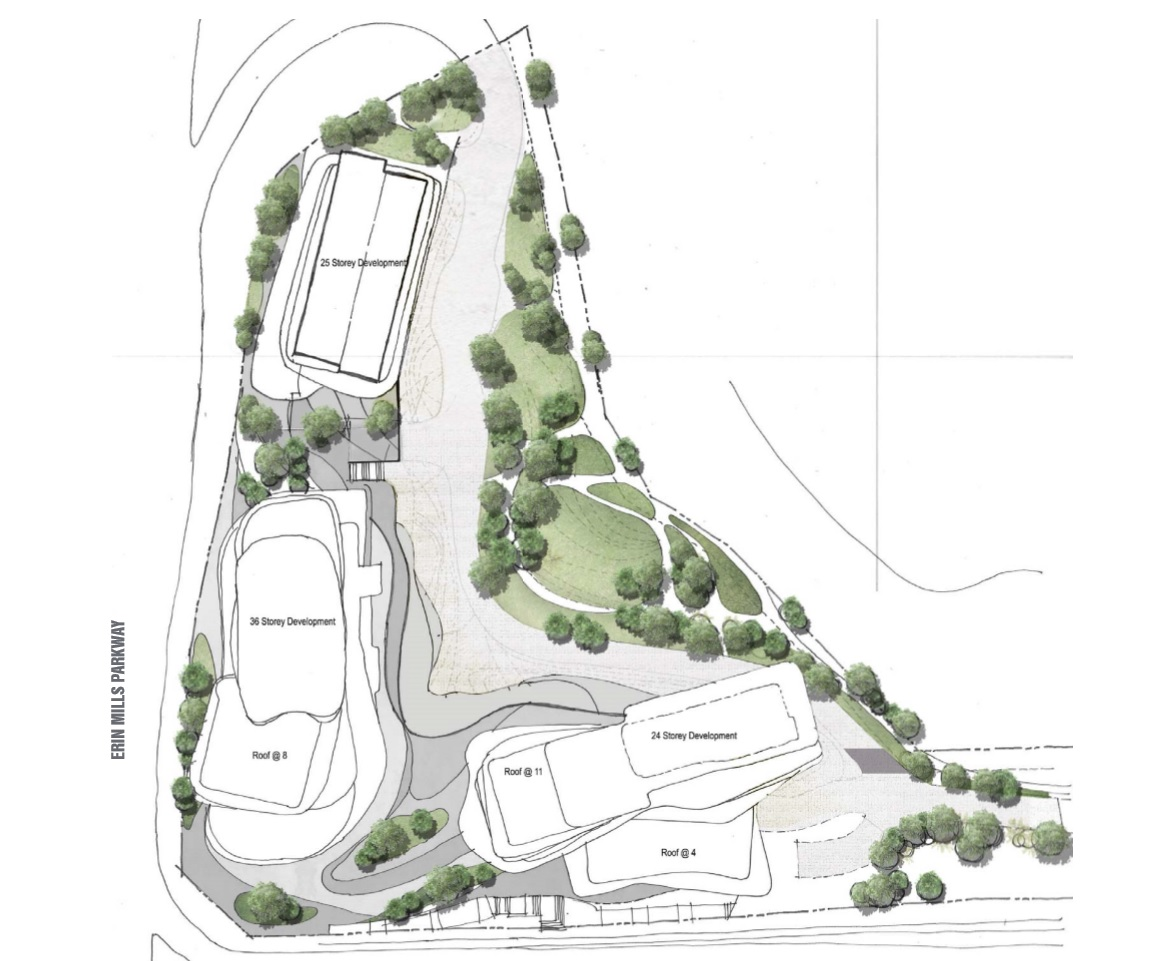 It should not be a surprise to Mississauga residents by now that there are people obviously not happy with these designs or schematics.

A Twitter user named Katia Osokine fired off a volley of tweets critiquing the next phase of condos. Her overall issue? The barriers seemingly erected preventing people from actually being able to walk anywhere as pedestrians.

Mmmm no with that turning lane no one’s walking anywhere… https://t.co/L8DOiYAcxF

Her criticism have some validity to them; it seems that from these designs the walkability aspect is primarily restricted to within the perimeters of the condo development and the immediate ground level area with the token “park” thrown in, so they can say they put in amenities and green space. It still looks quite hazardous if you’re living in one of these condo towers and just trying to cross the street to Erin Mills Town Centre.

Whatever the case, the developers are seeing a potentially bountiful investment in this growing area that has access to both the Transitway and Highway 403. That insatiable thirst doesn’t look like it’s quelling anytime soon.