PHOTOS: Two Lanes Blocked on 401 in Mississauga After Truck Crashes Through Guardrail

Commuters in Mississauga might want to choose an alternate route, as two lanes on the 401 will be blocked until approximately 5:00 p.m. Photos shared by Schmidt show a truck that's broken through the guardrail. The truck broke through the guardrail very close to an overpass, but managed to stay on the grassy area beside the bridge. 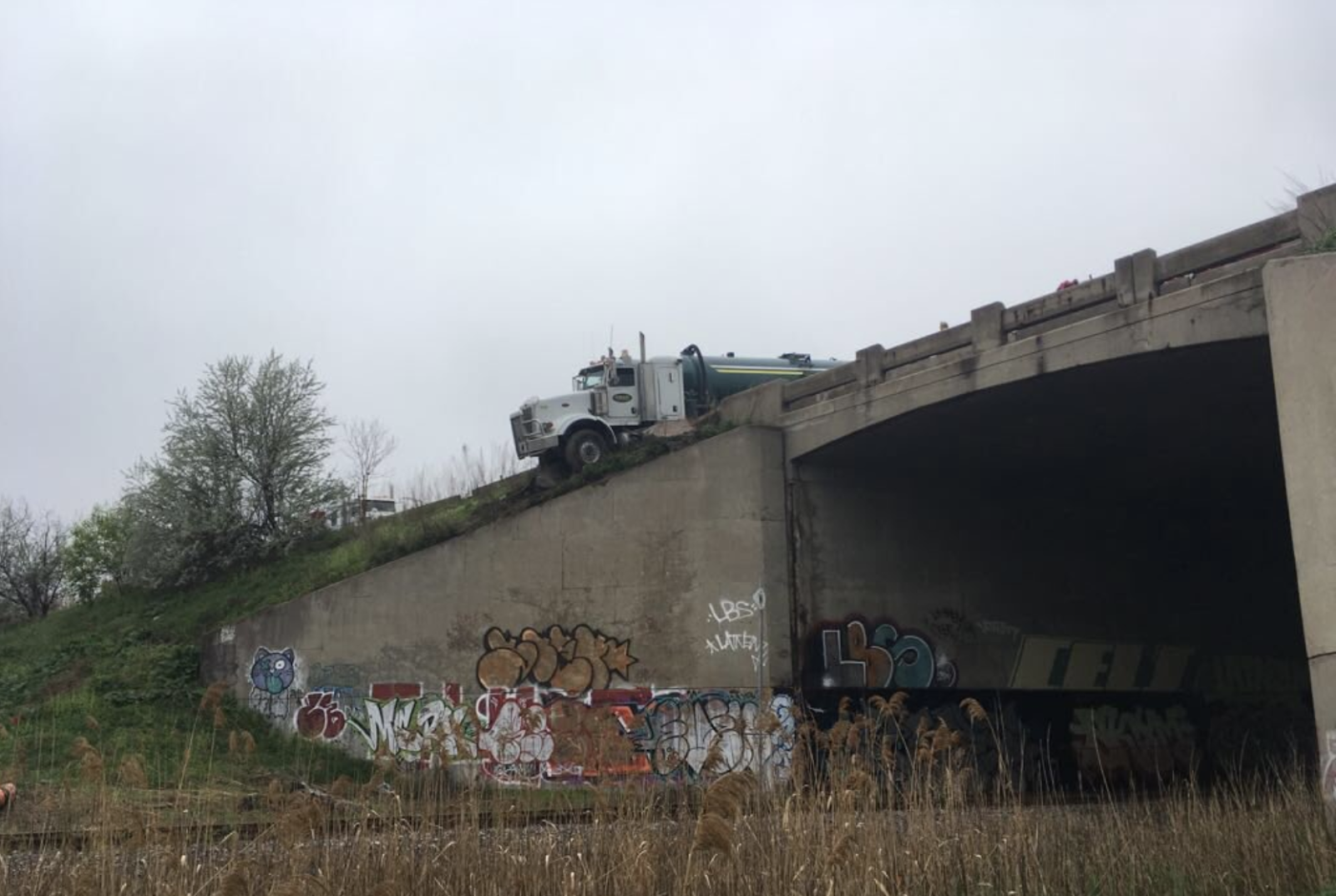