PHOTOS: Sheridan College is Expanding Even More in Mississauga

The Sheridan College Hazel McCallion campus, which is a relatively new addition to the city’s bustling (and rapidly urbanizing) City Centre neighbourhood, is expanding yet again. 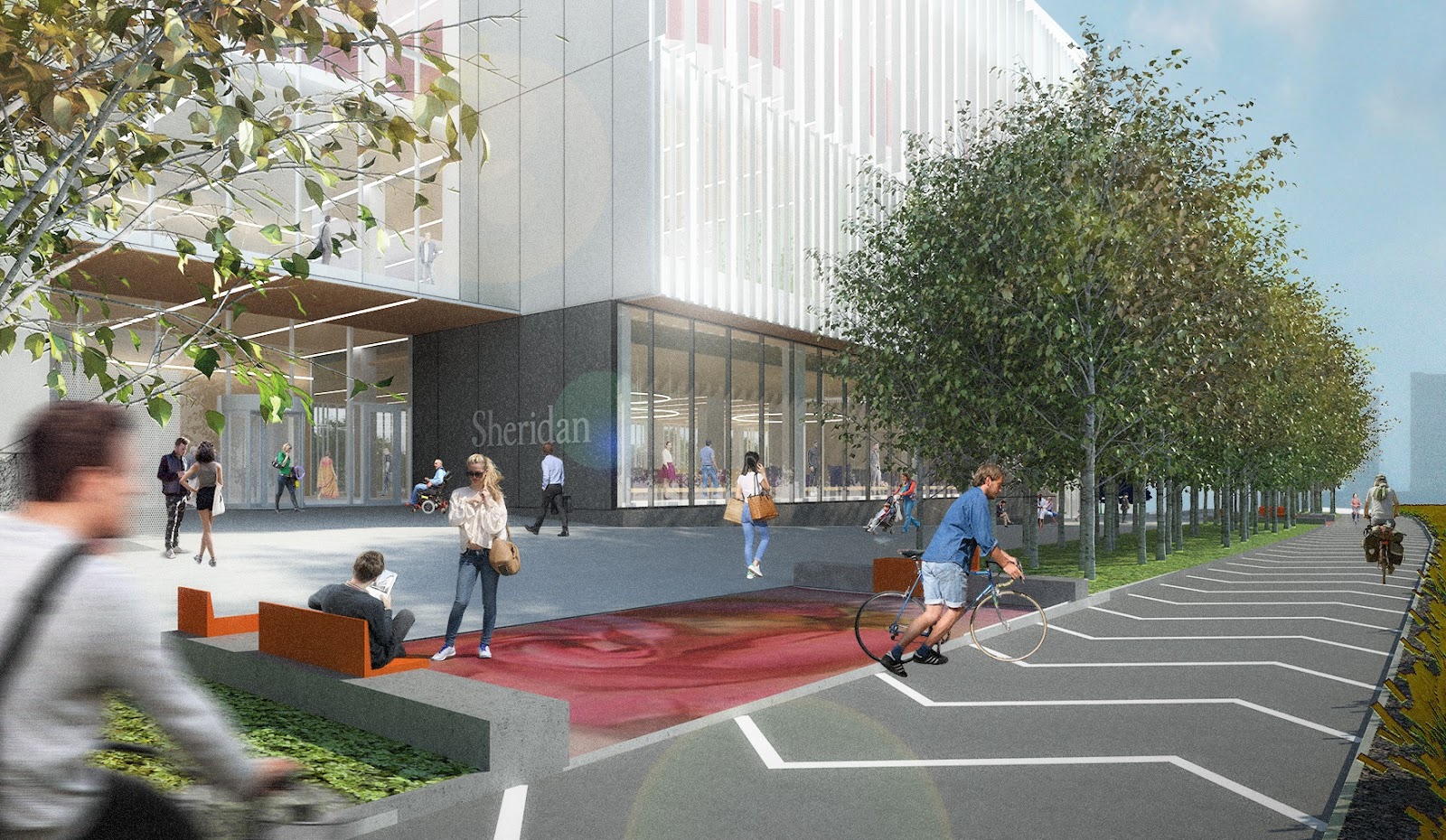 The college recently announced that the Student and Athletics Centre is the latest phase of the Sheridan College Hazel McCallion Campus Expansion project, known as Phase 2A.

What does the expansion entail?

According to Sheridan, it offers “a dynamic series of student-focused spaces that complement the existing academic infrastructure while supporting and reinforcing the recently developed urban design objectives for the Sheridan Campus and the City of Mississauga.” 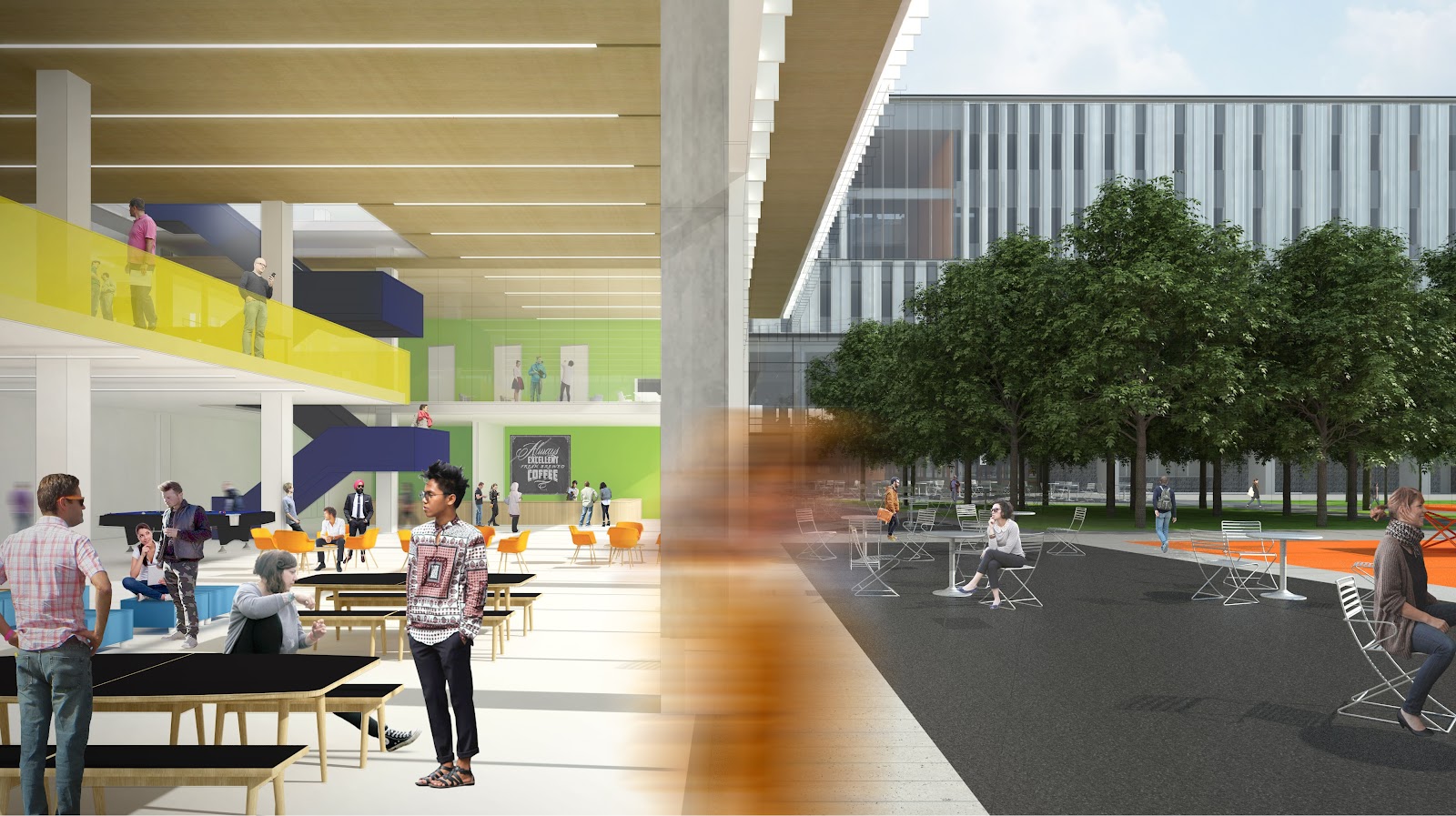 If you’re a big lover of architecture, it might please you to know that the expansion will feature—in the words of the academic institution—“highly integrated and connected floor plates, openness and legibility of major programmatic elements, and a visible commitment to sustainability.” 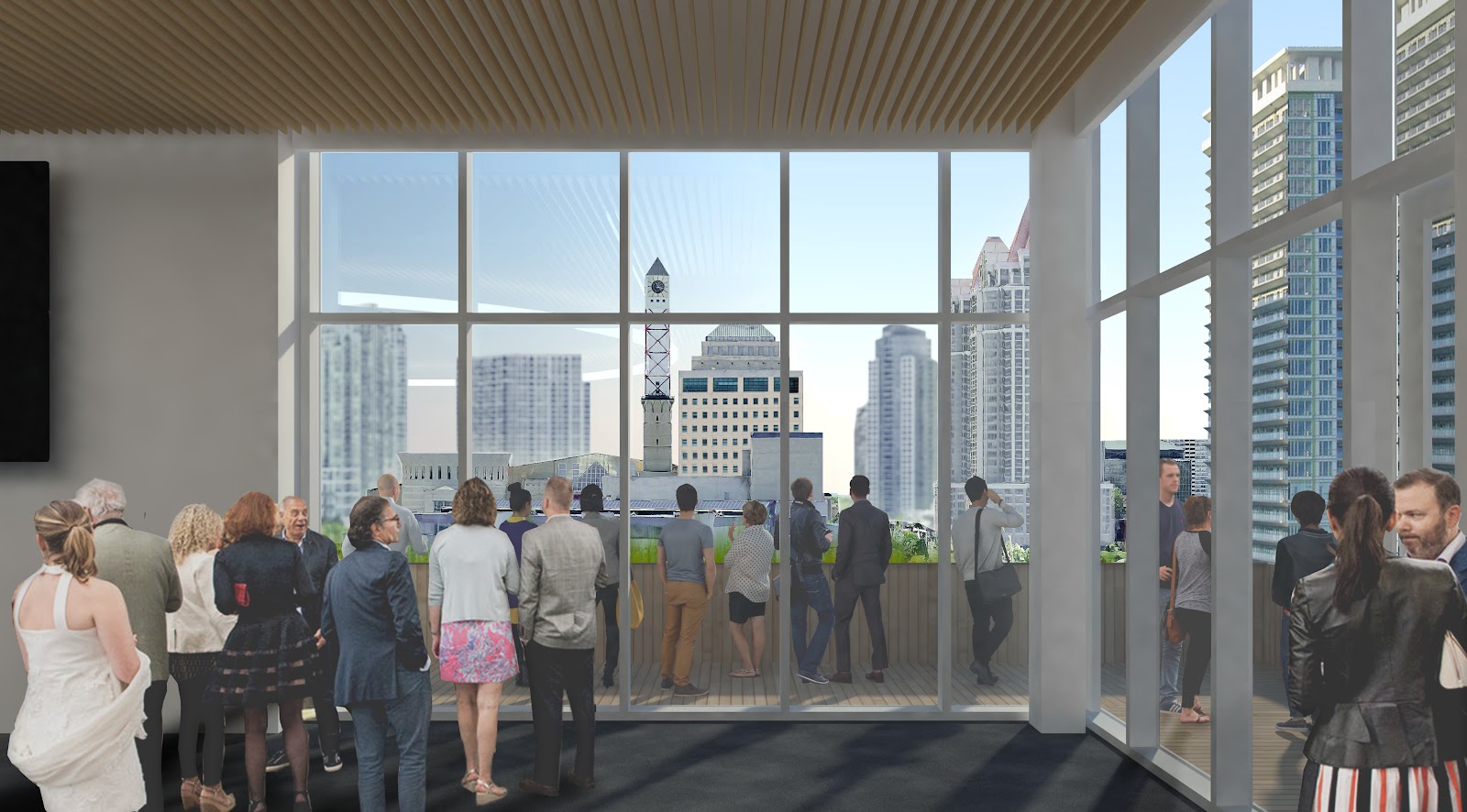 The social and wellness centre will span 70,000 ft2 and offer a mix of open, multipurpose, and smaller spaces. There will also be indoor and outdoor amenities and new building features.

The space will boast a double height, ground floor atrium with “modest, inviting pockets suited to multiple smaller functions occurring simultaneously and on an everyday basis with the capacity to accommodate large student gatherings and events as required.”

Sheridan says specialty sport facilities, athletic studios, lockers and change rooms are located on the third level together with a double height gym space and elevated running track. The upper level houses office space, a vestibule and a purpose-built senate room for the college.

The centre is also accessible via a main arterial, Rathburn Road, to the north and the future Scholar’s Green park expansion to the south. Open and covered walkways, a patio and outdoor turf field will also be constructed.

According to Urban Toronto, the building should be complete by fall 2019.