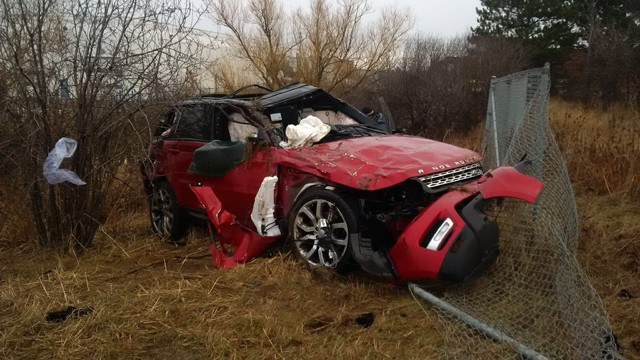 According to OPP Sgt. Kerry Schmidt, the collision occurred on the northbound 410 ramp to Courtney Park.

Around 4:30 am, a single vehicle was traveling northbound on the highway and exited toward Courtney Park, but failed to properly negotiate the curve. The vehicle struck and went through the guardrail and into the median grass/ditch area. It rolled over before coming to final rest.

There were four people in the vehicle at the time of the collision and police belive that two of them were possibly ejected from the car. Those two are in a trauma hospital in Toronto with serious injuries.

The two other occupants have been taken to local hospital with less serious injuries.

A collision reconstruction team was called to the scene to investigate and police are currently appealing for witnesses.

Anyone with information should call the Port Credit OPP detachment at 905-278-6131.

According to Schmidt, the ramp should be open once more around 11:00 a.m.

While the cause of accident is not known, police believe speed may have been a factor.