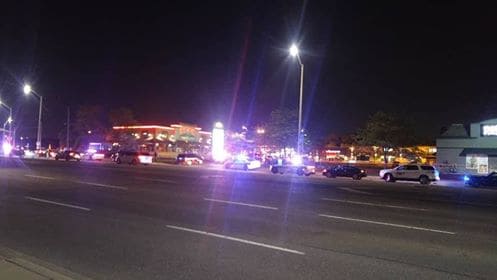 A plaza has been sealed off following tonight’s explosion at a plaza in Mississauga, Peel Regional Police have confirmed.

Police say they received a call on Thursday May 24 at 10:32 p.m. regarding an incident in the area of Hurontario St. and Eglinton Ave.

Peel Paramedics are on scene treating “multiple patients” after what they report is an explosion.

Paramedics also report they have transported 15 patients to hospital, with three taken to a trauma centre following the incident. Peel Paramedics report the incident happened at Bombay Bhel restaurant.

The plaza at the north east corner of the intersection is currently sealed off.

@Peel_Paramedics have transported 15 pts. from The Bombay Bhel restaurant in Mississauga. 3 pts. were taken to trauma centres with critical blast injuries. pic.twitter.com/Qhd9mX2wV7