PHOTOS: One Man Dead After Transport Truck Crash in Mississauga

A 45-year-old man from Richmond Hill has died following a transport truck collision in Mississauga.

OPP Sgt. Kerry Schmidt recently reported that officers and emergency crews are on scene at a multi-vehicle collision involving three transport trucks on the eastbound 401 in Mississauga. 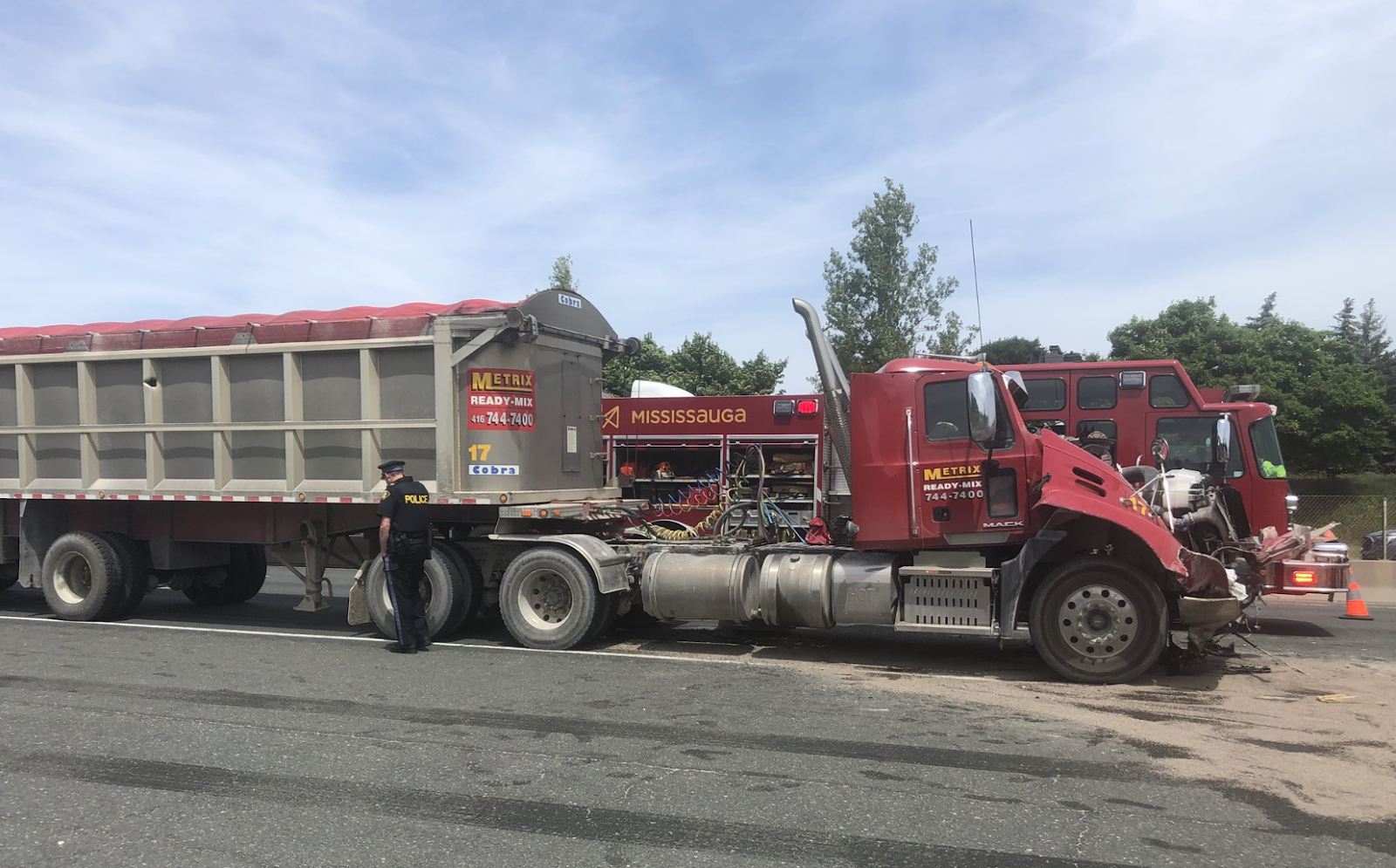 The westbound side of the 401 is open, but traffic is heavy due to the visual distraction.

In a video posted to Twitter, Schmidt says one vehicle (which appears to haul gravel), smashed into the back of a tractor trailer hauling camper trailers. That tractor trailer then collided with another truck. 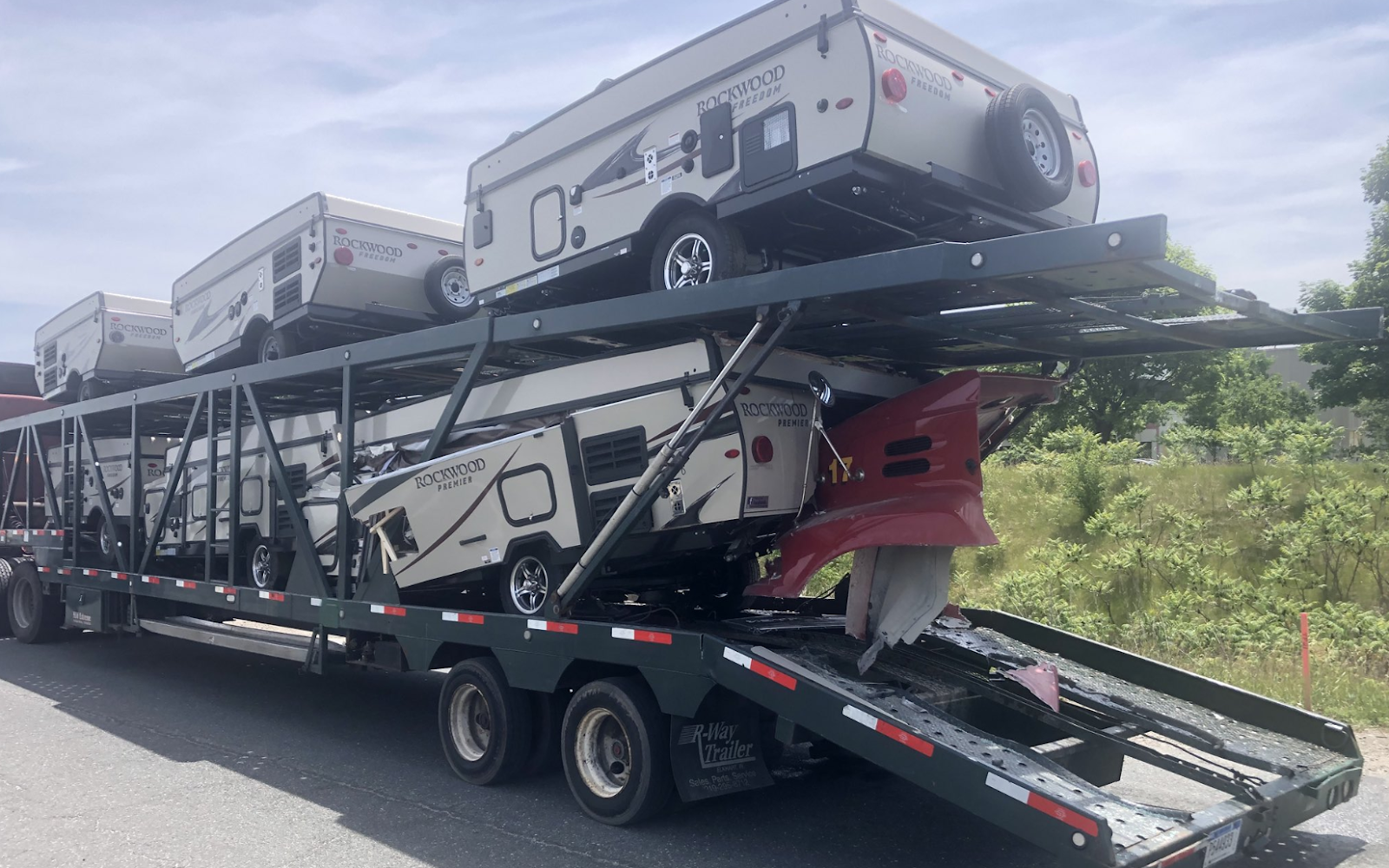 It is not yet known what might have prompted the crash. 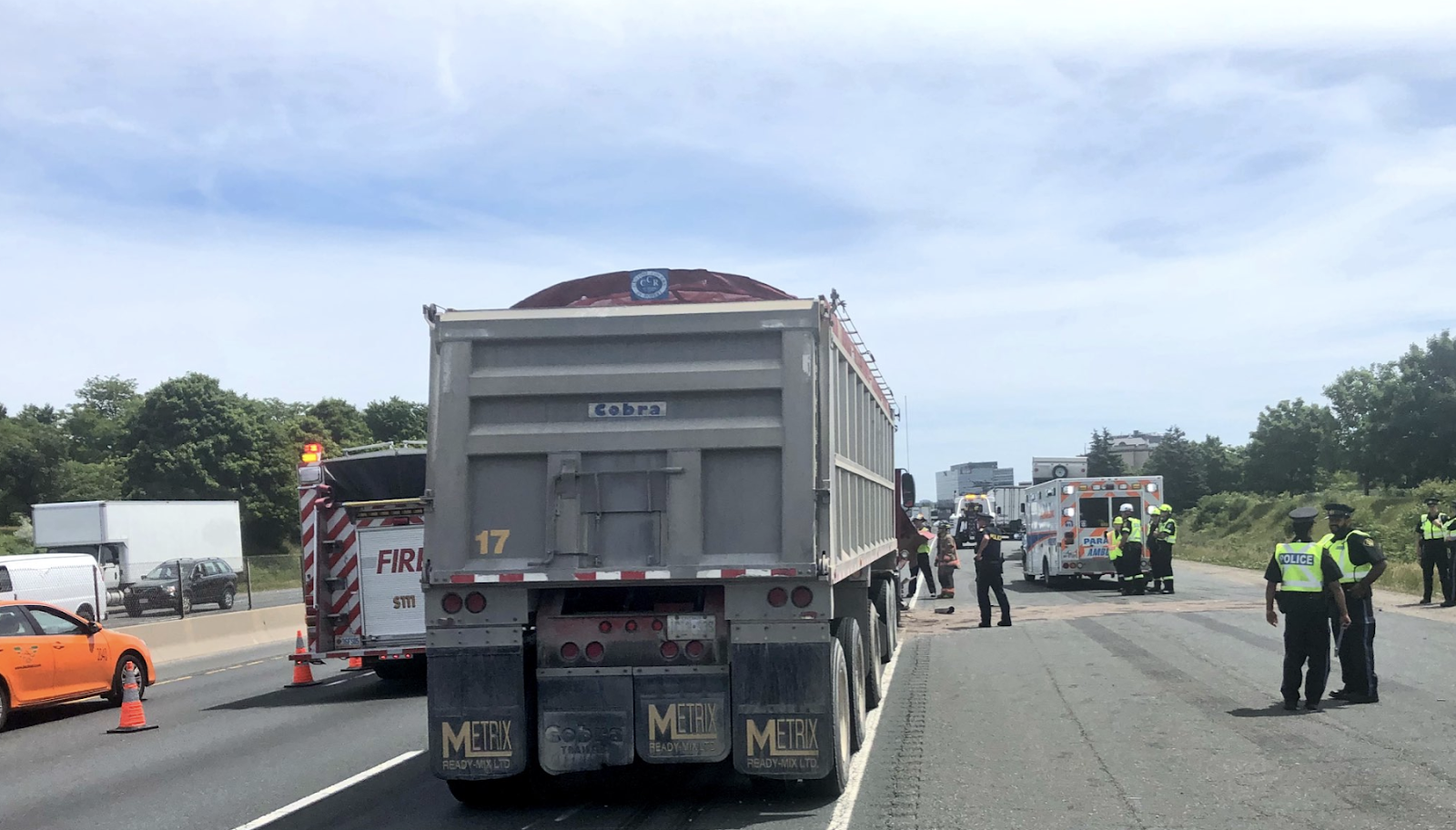 Lanes in the area will remain closed for at least two to three more hours, Schmidt says.

Extensive delays are to be expected.

Commuters are asked to avoid the area.

All photos courtesy of the OPP