Kingsbridge Matters, an advocacy group that has lobbied for an LRT stop in the Hurontario Street and Kingsbridge Garden Circle intersection in Mississauga, recently planned a demonstration against Metrolinx and the provincial transit agency’s plan to place a transformer in their community.

As part of that demonstration, there was an erection of an approximate size of the transformer unit, comprised of 36 shipping containers, displayed on the location where the transformer is slated to go. 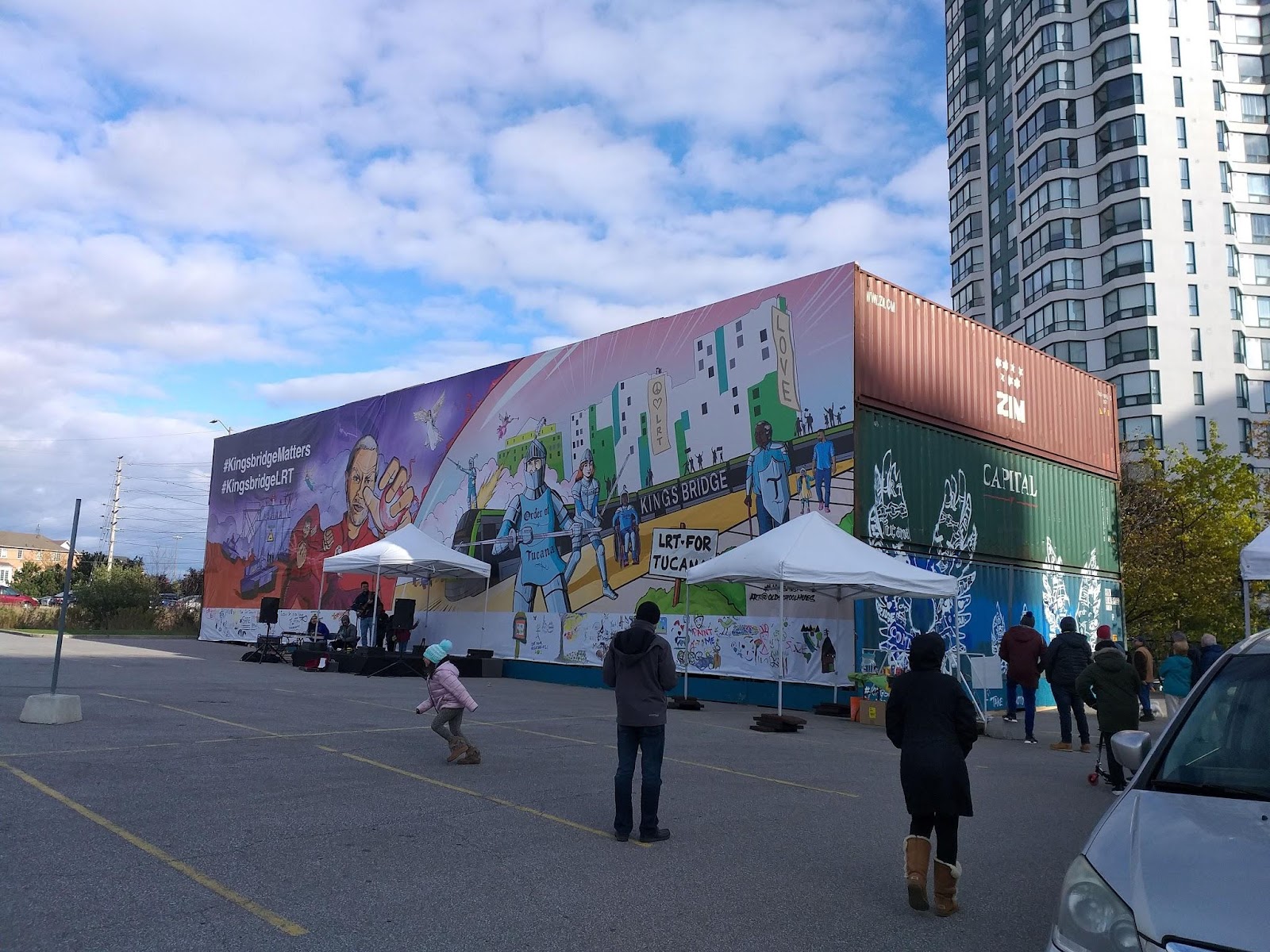 "It's insane that Metrolinx wants to construct a hulking, dangerous transformer in the centre of a thriving residential and commercial neighbourhood. We constructed our model to show just how large and overwhelming this monstrosity would be. It makes no sense on any level. We're determined to stop it."

Kingsbridge Matters cited a number of issues that would arise if a transformer was placed at this location, such as creating a danger zone which would stymie community events, health and safety risks because of electrical and magnetic fields, noise pollution, 'dirty' electricity and decreased property values.

They asked that the transformer be moved across the street. 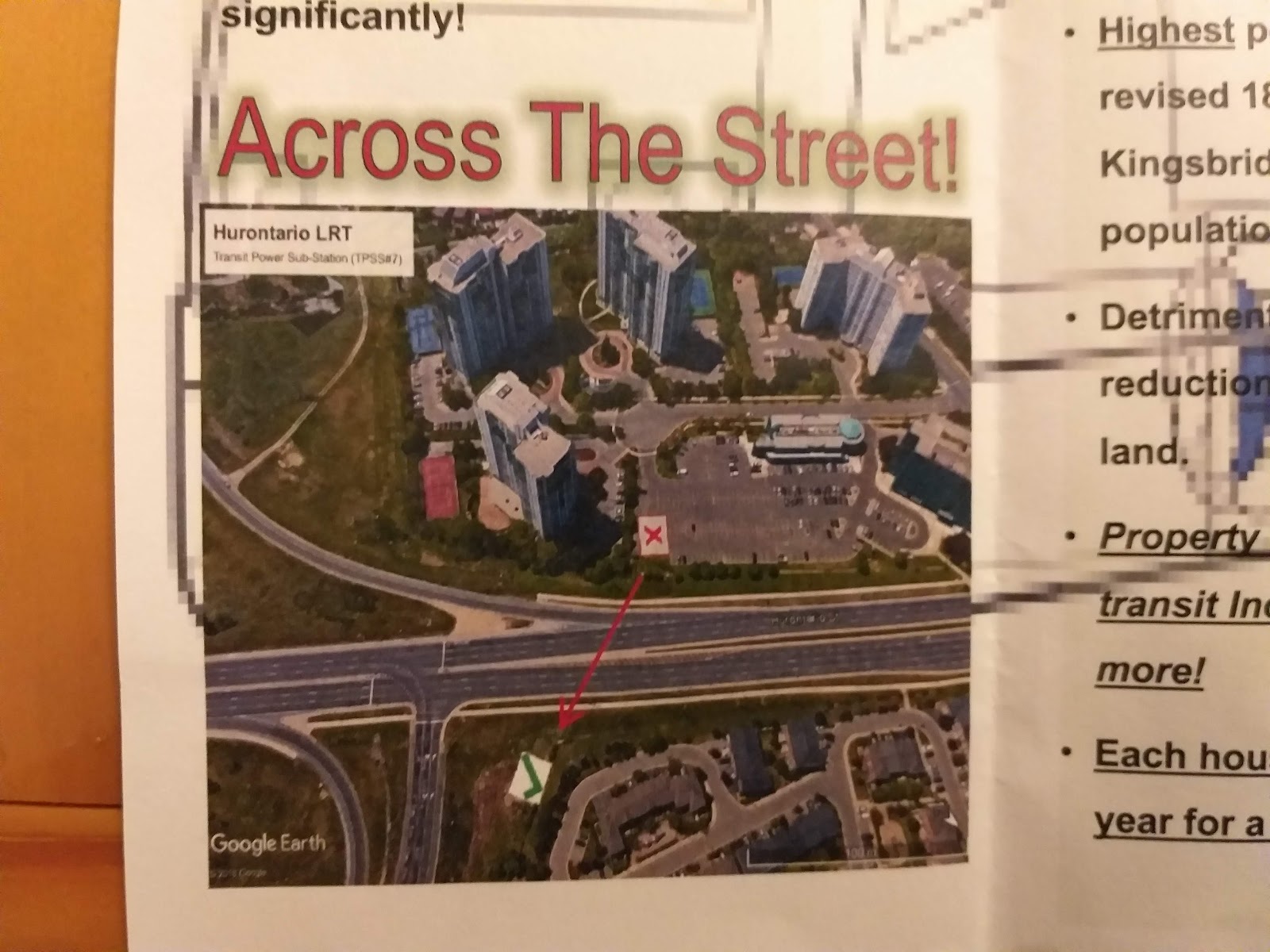 What is more noticeable on the model, rather than just a pile of shipping containers, is the artistic mural that was done by an artist named Meg, who goes by @oldschoolhues on Instagram.

The mural depicts the "struggle" between the residents of Kingsbridge Garden and Tucana Court as medieval crusaders against an evil organization called 'Metrolink' (an obvious spoof of Metrolinx). Here are the depictions of residents of the Kingsbridge and Tucana communities, referred to as the 'Order of Tucana'. 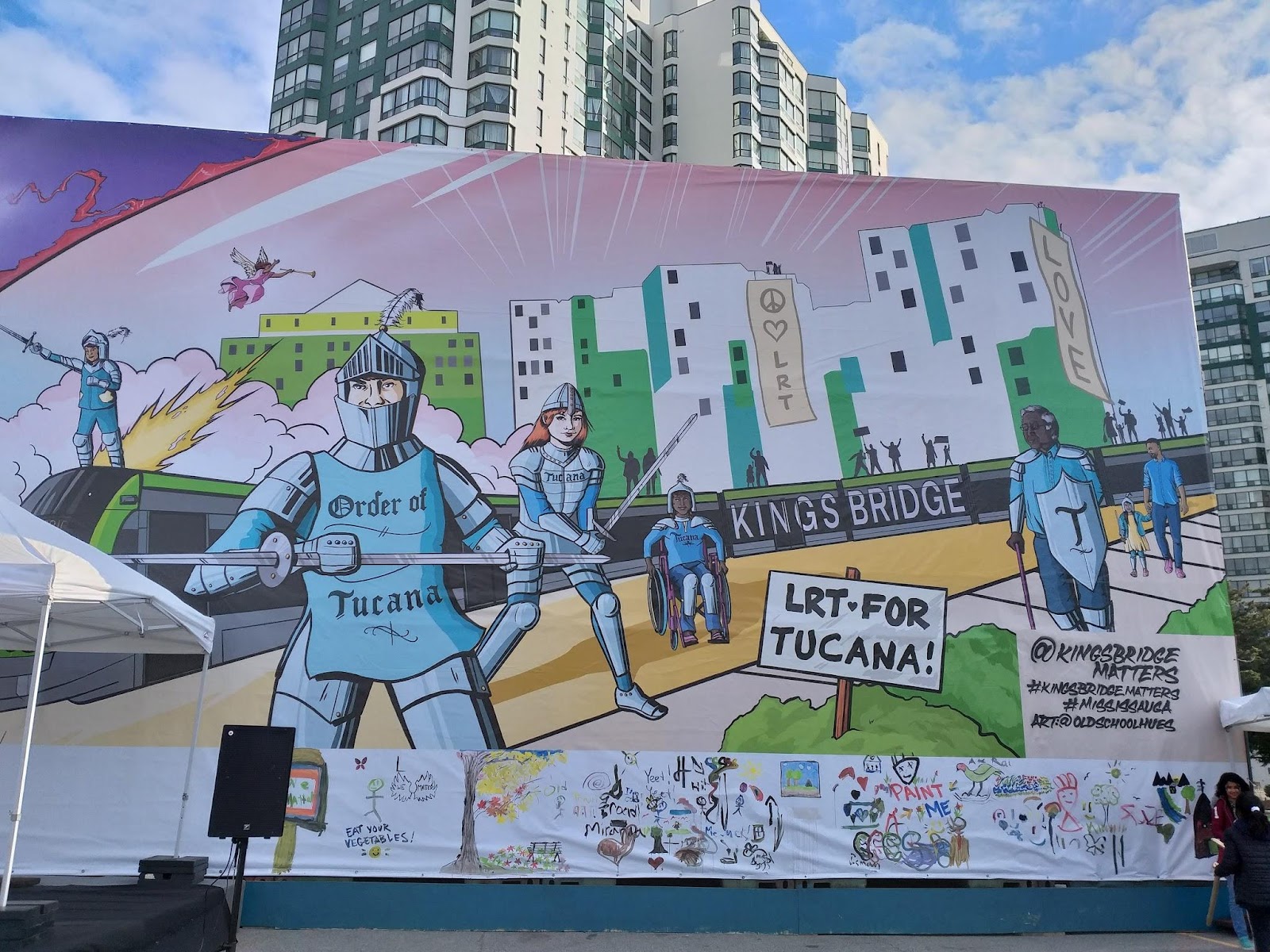 And although the fictional organization 'Metrolink' is not Metrolinx, there are depictions of Metrolinx CEO Phil Verster, Darshpreet Bhatti (a director of the project from Metrolinx) and Susan Walsh, a Metrolinx spokesperson, in less than flattering terms. 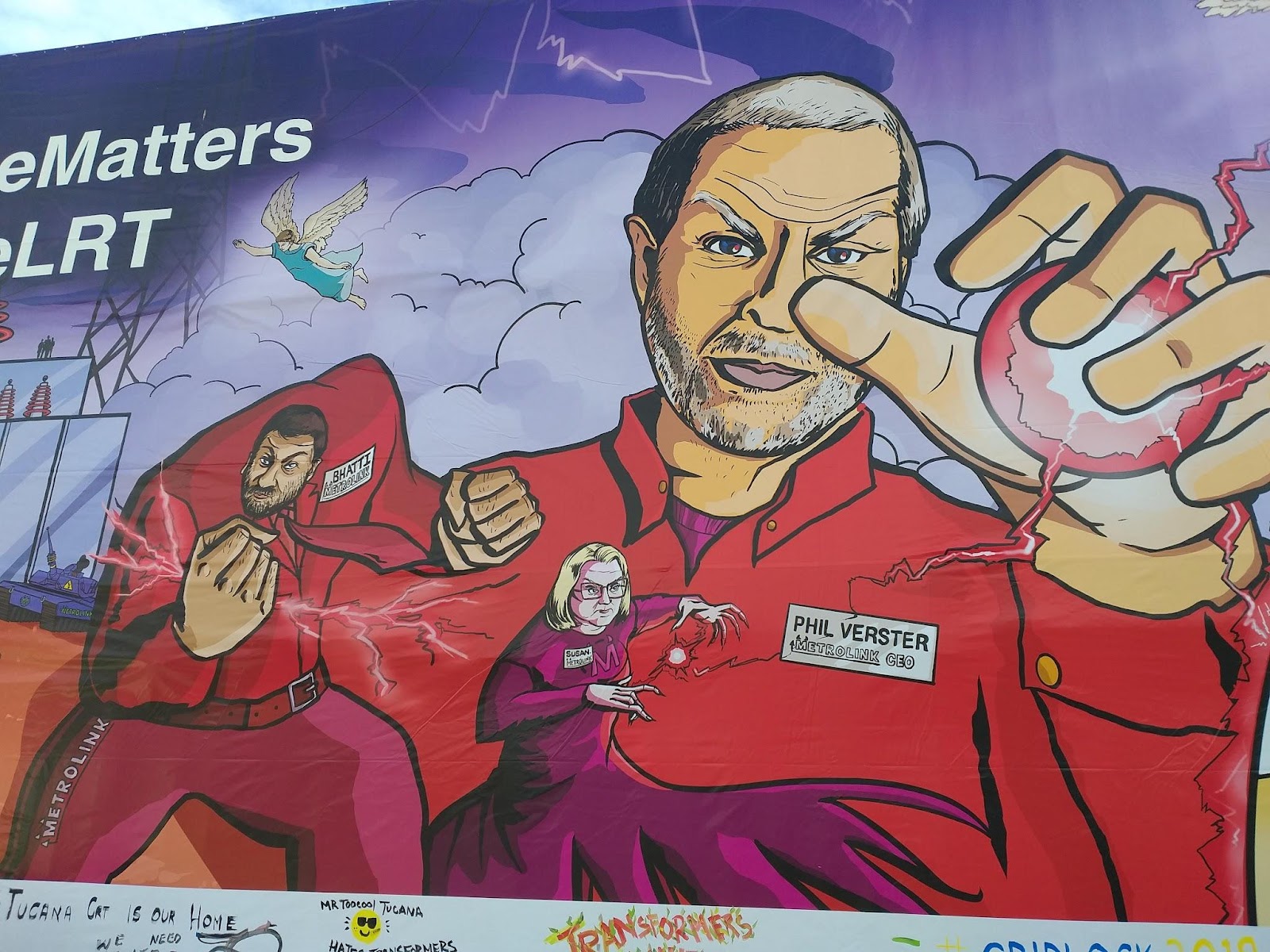 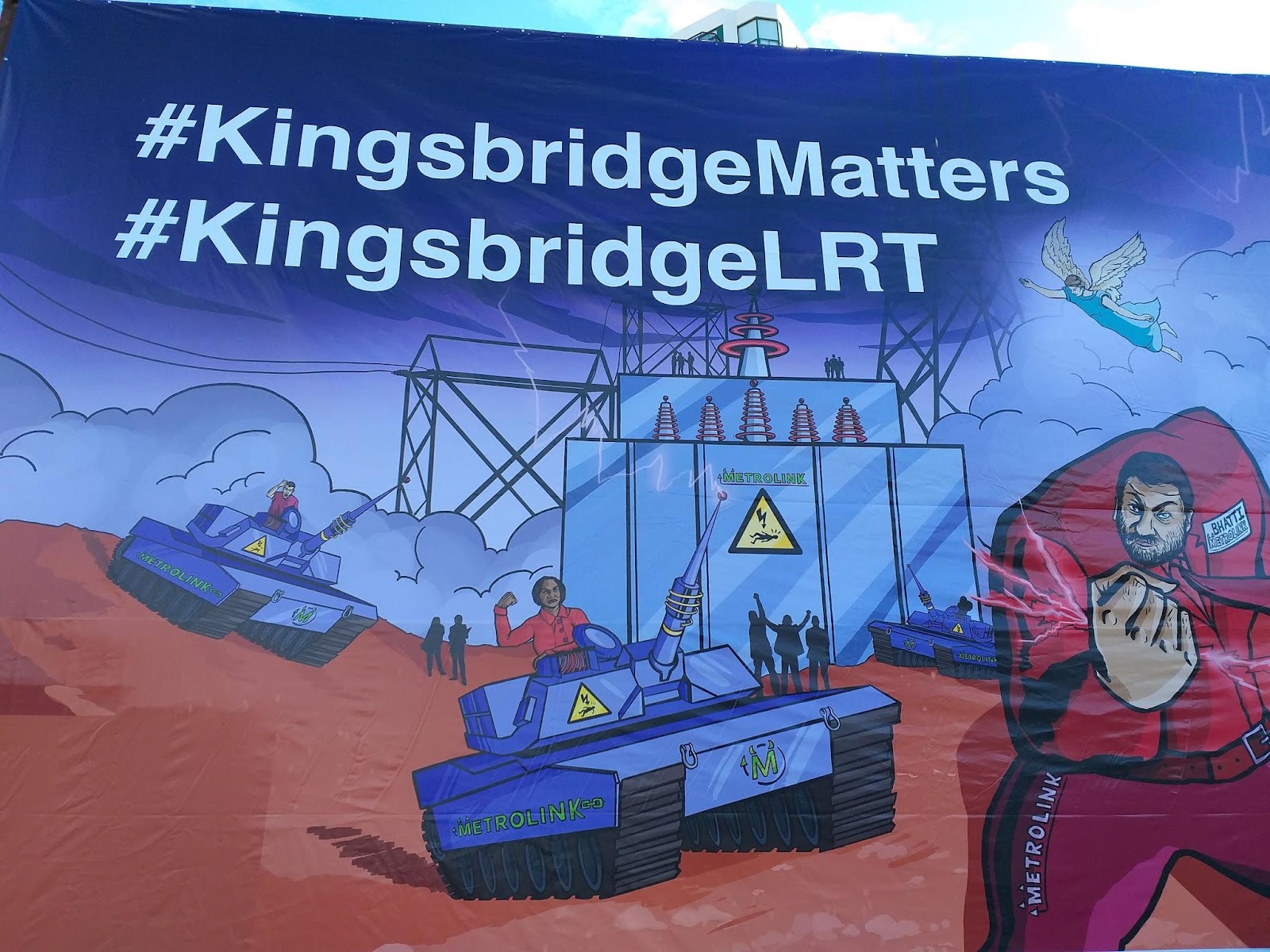 “This very large community, medical and disability hub at Kingsbridge would like to have an accessible stop to be part of this great system. The communities noble requests resulted in a retaliatory transformer being dumped in their community,” Gorchynski added.

Kingsbridge Matters believes their area needs an LRT stop because they say they have the 'highest' population density along the 18 km route, development of vacant land, lane reductions, potential property values increasing, households saving over $10,000 a year for a car taken off the road, safety and more accessibility for a public service.

Residents were urged to email or contact Verster, Bhatti, Joe Perrotta (a director on the LRT project from the city) and elected officials such as Mayor Bonnie Crombie, Mississauga Centre MPP Natalia Kusendova and Ontario's Transportation Minister, Caroline Mulroney.

Metrolinx declined to comment on the caricatures, only saying “with any major transit project, there is always mixed reactions and sometimes disagreements.”

“At the request of the owner of 10 Kingsbridge, Metrolinx staff worked to reduce the original property requirement for the Traction Power Substation (TPSS) by approximately 35 per cent to lessen the impact on parking spots. The spacing of the 14 TPSSs planned for the Hurontario LRT corridor is dictated by electrical requirements for the system. The decisions on where to place them were made based on technical reasoning and in conjunction with the municipalities. A shift in the placement of one TPSS outside the requirements would impact the placement of the others,” Metrolinx’s spokesperson Nitish Bissonauth said in an email to insauga.com.

The planned transformer would be part of the 18-kilometre Hurontario LRT, which will connect the Port Credit GO Station in Mississauga to the Gateway Terminal in Brampton.

The LRT is scheduled for completion in the fall of 2024. 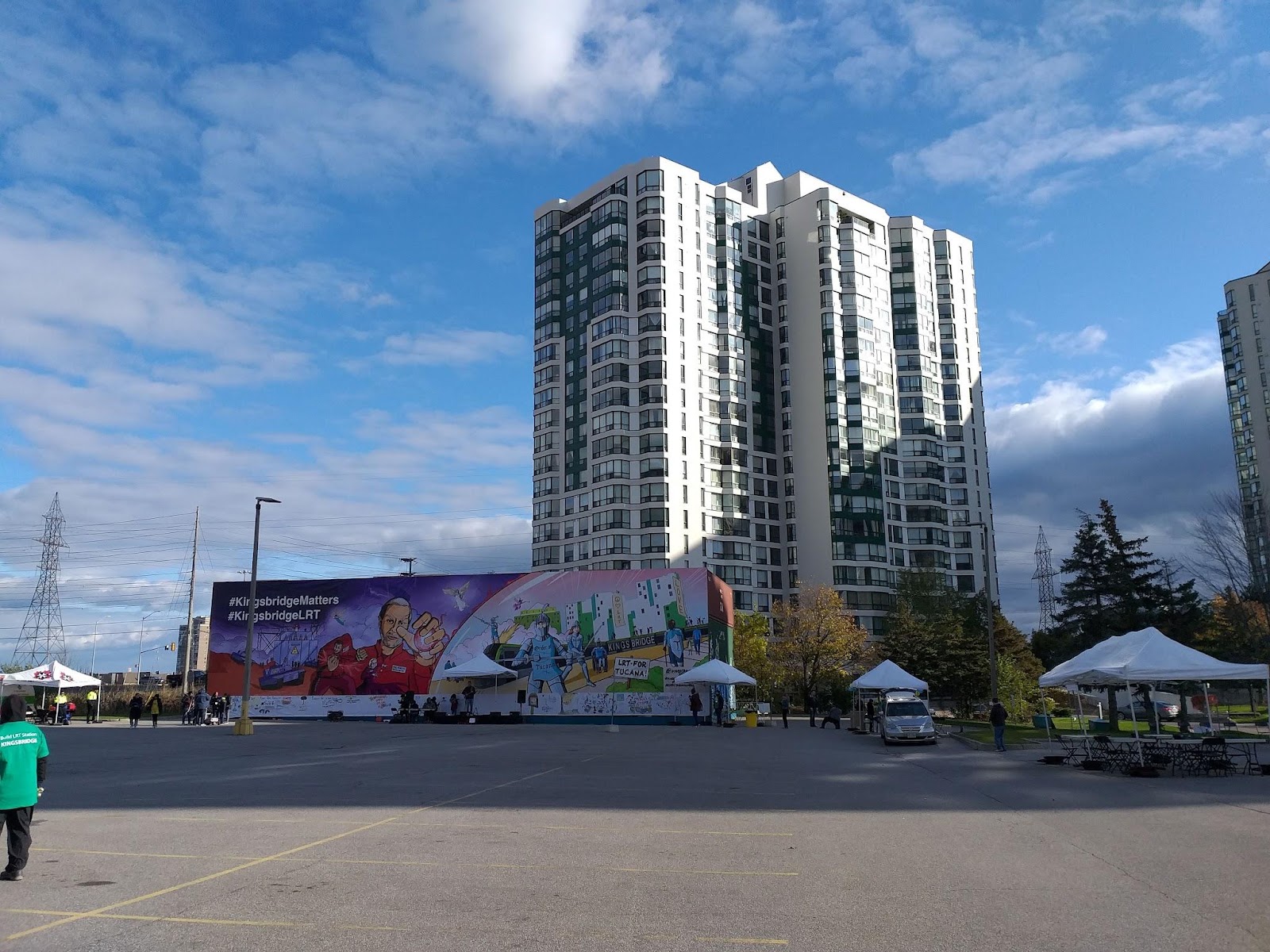 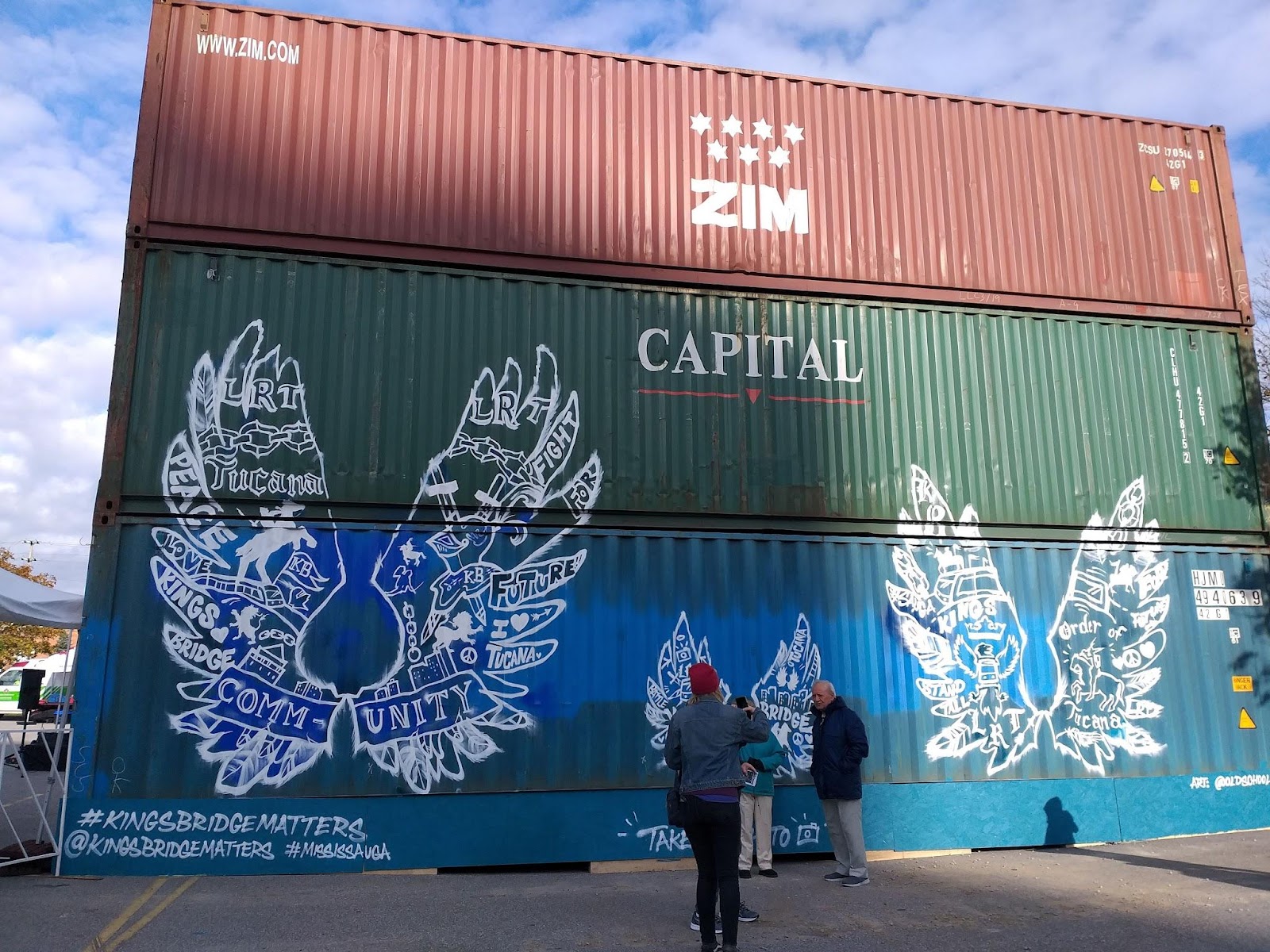 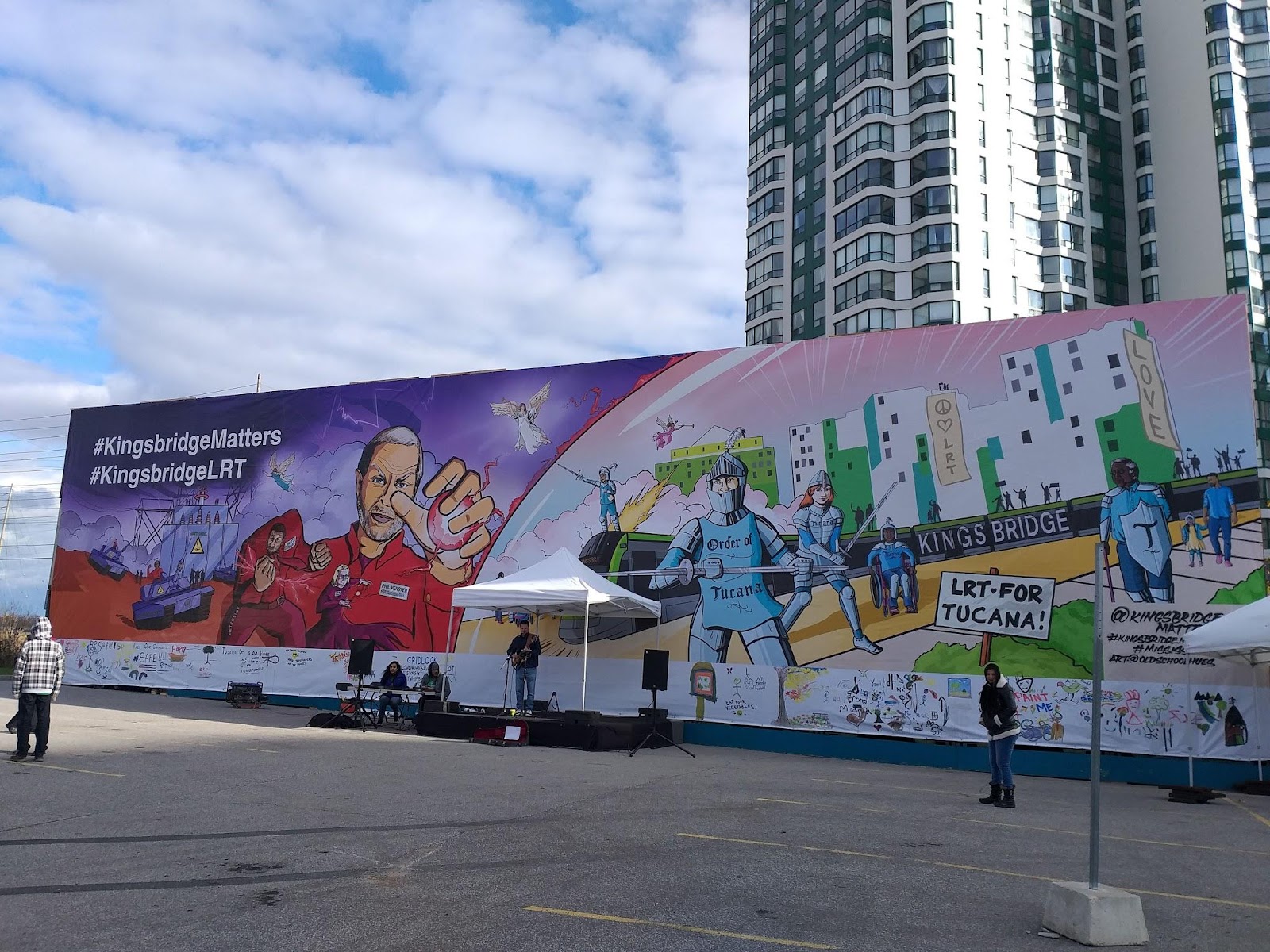 New Starbucks location now open in Mississauga
When the coffee gods close a door (or many doors), they often open a window.
END_OF_DOCUMENT_TOKEN_TO_BE_REPLACED