Although the cloud of the SNC Lavalin affair still hangs over the Liberal government a little over six months out from an election, it was business as usual for Prime Minister Justin Trudeau as he presented some key city-building aspects of his budget at the Mississauga Transit Bus Storage and Maintenance Compound on March 21. 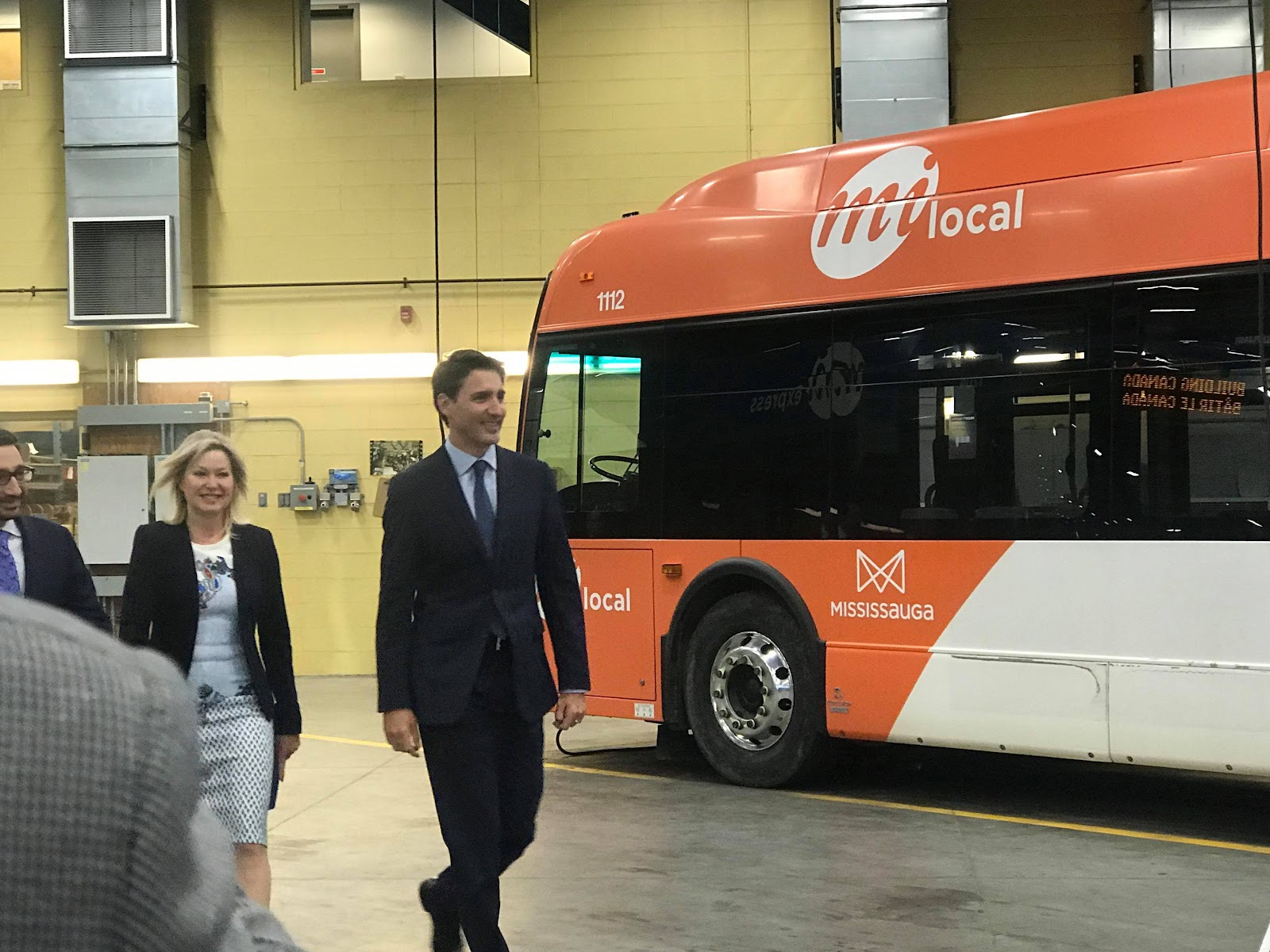 At the event, Trudeau, who was joined by Mississauga Mayor Bonnie Crombie and Mississauga-Centre MP Omar Alghabra, announced $80 million for Mississauga from the Federal Gas Tax Fund (GTF).

When the government released its final pre-election budget, it committed to a one-time, doubling of the gas tax fund to $2.2 billion. 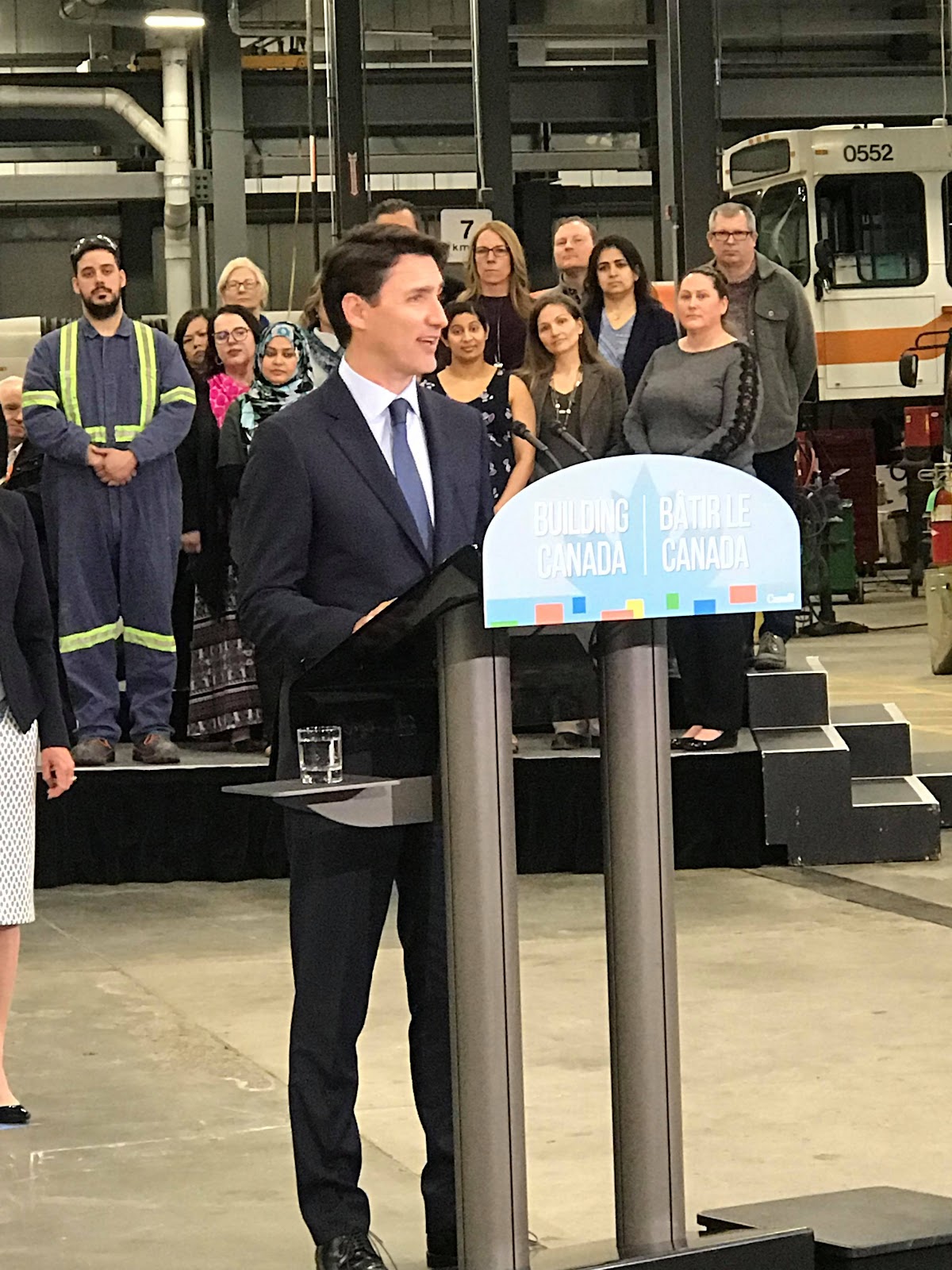 "Your city now has more funding to invest in things like transit, transportation, road repairs and new buses," Trudeau told MiWay staff, city officials and reporters at the event. 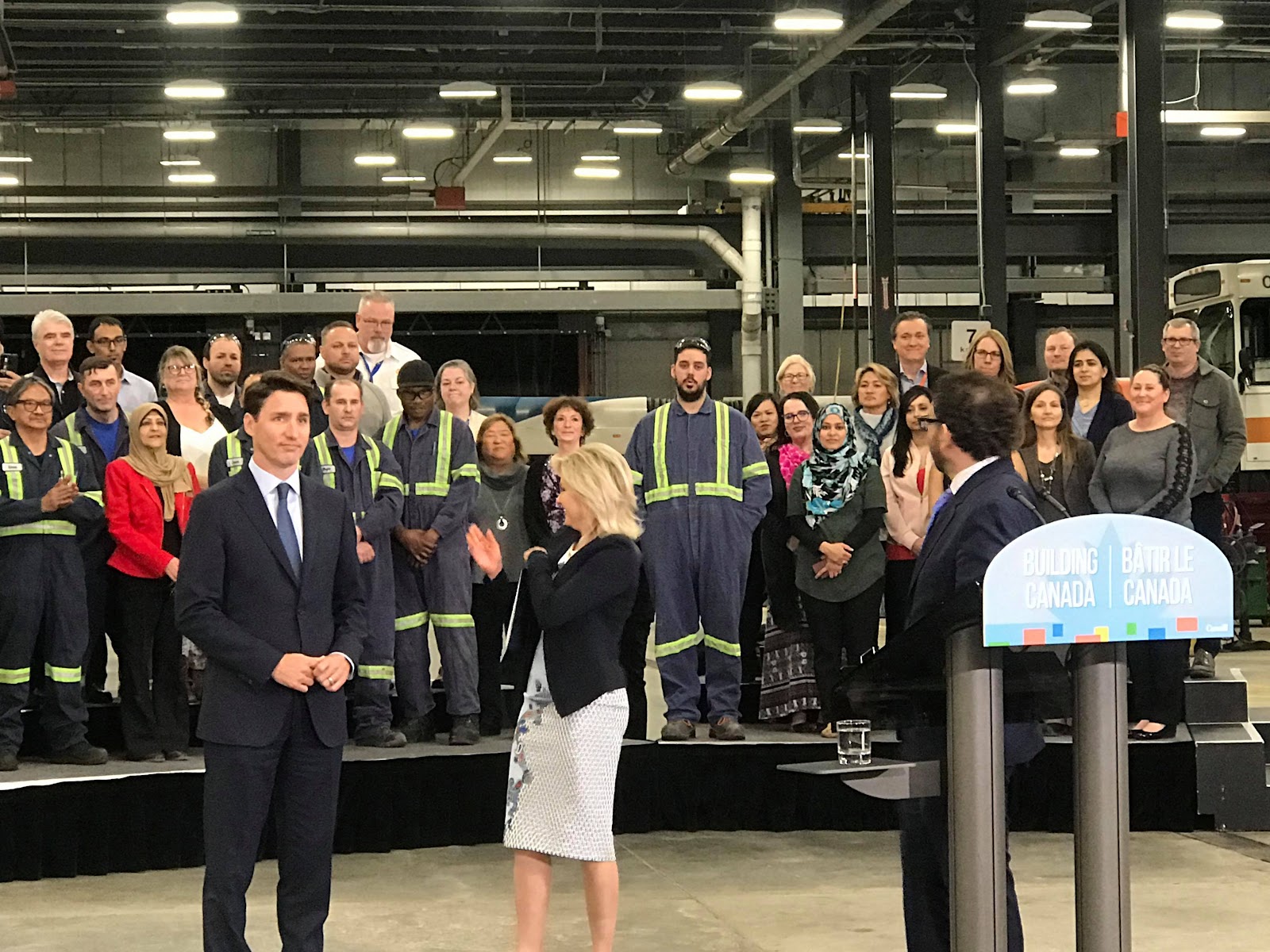 “This is an important change and one of the largest fund transfers from the federal government to municipalities. This top-up will help us build strong cities and spur economic growth by helping cities address infrastructure deficits and plan for future transit and roads,” Crombie said.

Interestingly enough, Trudeau told reporters that the doubled funding will go directly to cities, adding that the province—which normally receives and then distributes the funds to municipalities—will not be involved. Typically, funding from the GTF is provided twice a year to provinces and territories, who then go on to divy out the funds accordingly.

As for why, Trudeau told attendees that the current provincial government, led by Doug Ford, has not been interested in partnering with the federal government to invest in major infrastructure projects across Ontario.

Crombie says funding the the GTF will go towards transit initiatives.

Trendy Toronto restaurant opening first GTA location in Mississauga
This year hasn't been a good one for restaurants and the foodies who love them, but new places are still popping up in Mississauga—including popular, on-trend places that are finally making their
END_OF_DOCUMENT_TOKEN_TO_BE_REPLACED