PHOTOS: Is Mississauga About to Break a World Record? 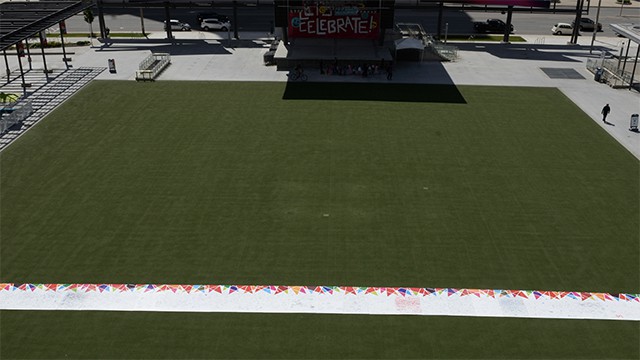 Recently, the City of Mississauga announced that it was going for a Guinness World Record for the world’s longest greeting card.

Now, after a recent unveiling of the absolutely massive piece, it looks like the city could indeed be recognized for the sheer size of its Canada 150 Birthday Card. 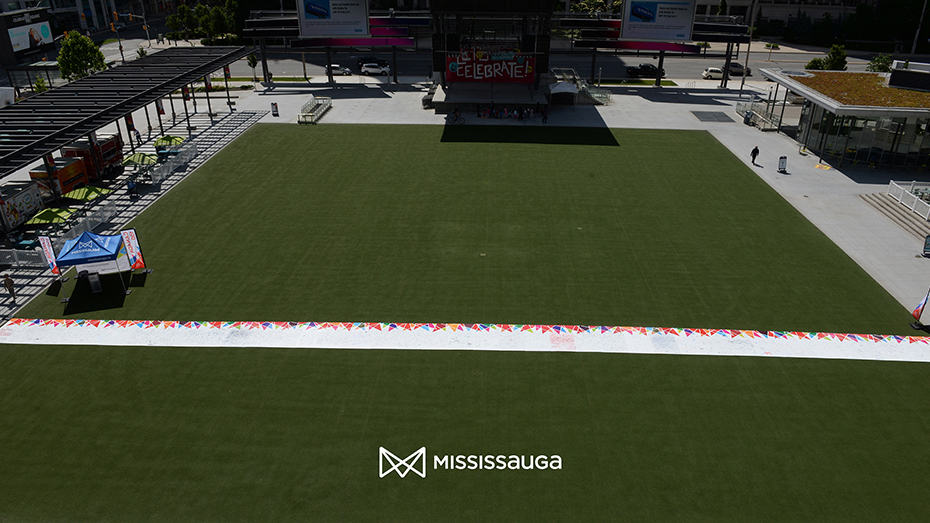 An integral part of Mississauga’s Canada 150 initiatives, the card invited residents to wish Canada a happy birthday by signing a panel. The panels have been circulating through the city since early March, appearing at local libraries, community centres, the City Centre Transit Terminal and other establishments.

“This was an amazing opportunity for our residents to participate in Canada 150 in a very personal way,” said Mayor Crombie. “Young children, older adults, newcomers and long-time residents all really embraced the card as a way to express their love for this great country and to feel part of the celebrations. The outpouring has been incredible. World record or not, Mississauga enjoyed this chance to extend its very best wishes to Canada.”

Close to an estimated 10,000 residents signed the card.

The city says special observers were on-site to complete the paperwork required for the world record evaluation. Guinness says that it will be at least eight weeks before Mississauga will know if it is indeed the record holder.

There is currently no record holder for the longest greeting card.

Panels of the birthday card will be on display at the Canada Day celebrations at Mississauga Celebration Square.

The City plans to digitally archive the panels to preserve them for Canada’s 200th birthday in 2067. 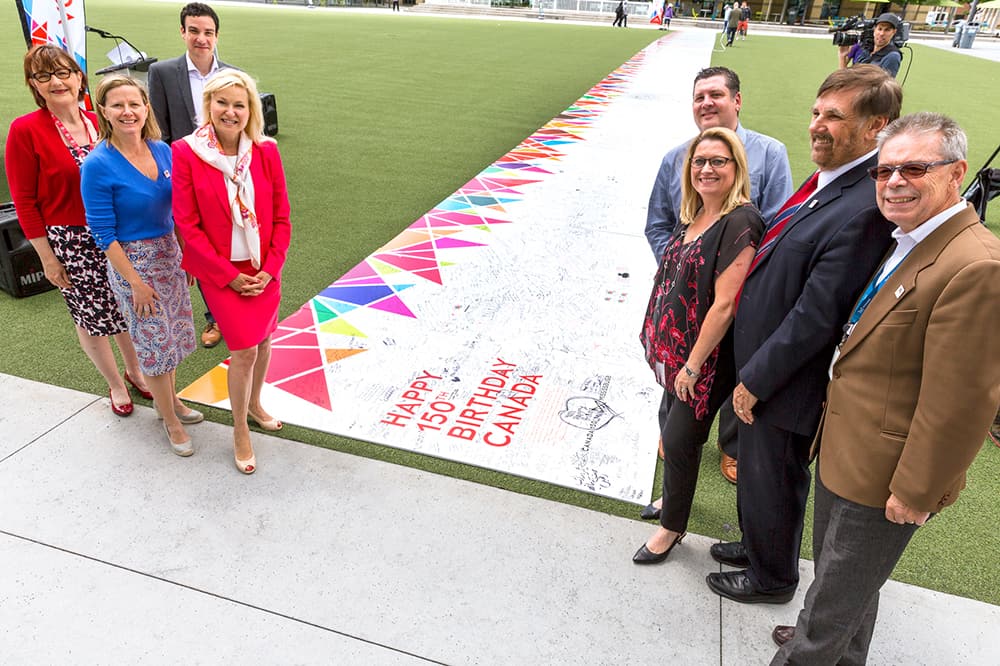