If you've been driving down Mississauga's streets—and if you live in Mississauga, there's a good chance you drive and drive often—you've likely encountered some potholes.

A normal byproduct of winter (and another reason why winter is a treacherous imposition on everyone who has to experience it), potholes happen everywhere and make driving a little less pleasant.

Fortunately, the City of Mississauga is now out dealing with the potholes—with Mayor Bonnie Crombie in tow.

"Winter has taken a toll on some of Mississauga's infrastructure. Each spring, the City of Mississauga starts its seasonal road repair work filling potholes, repairing sidewalks and damaged curbs caused by winter conditions," the city said in a news release. 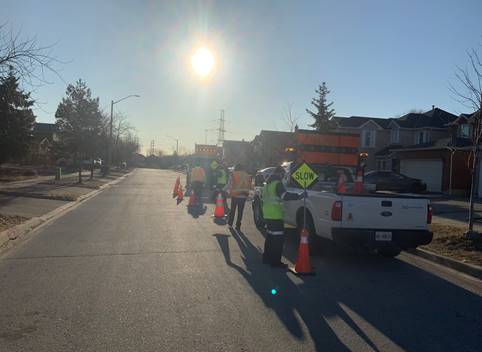 The city maintains about 5,660 kilometres of roadway and uses approximately 17,000 tonnes of asphalt for road repair, which it says helps more than a million commuters that use bicycle lanes or local roads to connect to various highways to and from Mississauga every day. 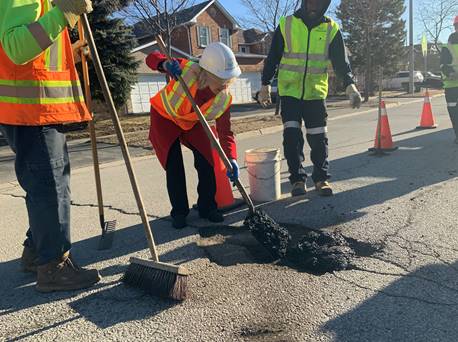 So, what actually causes potholes to form?

"With temperatures fluctuating between freezing and thawing, water expands and melts inside road asphalt causing areas to crack, sink or break off creating the potholes," said Mickey Frost, director of Works Operations and Maintenance.

"In Mississauga, we repair individual potholes as a cost-effective way for the City to maintain its road network. We monitor road conditions year round and identify areas that need repairs and fix them as soon as the weather allows."

Last year, residents reported more than 340 potholes through the city's website, Pingstreet or by contacting 3-1-1.

Residents and visitors can expect some delays on the streets as crews begin working to repair roads and sidewalks.

The city says residents are encouraged to continue to take transit, drive according to road conditions use any form of transportation that allows them to reach their destination safely.