People with at-risk conditions eligible for COVID-19 vaccine in Ontario today
Police investigating robbery that occurred in Brampton
VIDEO: All lanes blocked on Hwy 401 due to multiple vehicles pile up in Mississauga
Peel orders closure of eight businesses including a bank and hotel in Mississauga and Brampton
Provinces look to mix COVID-19 vaccines in light of changing supply

If you had some trouble on the QEW in the early morning hours of June 24, a significant bus fire could have been the culprit (that, or a multi-car crash that also occurred on the same stretch of highway).

Shortly after 1:30 a.m., the OPP announced that westbound lanes on the QEW were closed at Cawthra Rd. due to a vehicle fire.

The affected stretch of highway reopened shortly after 2:30 a.m. 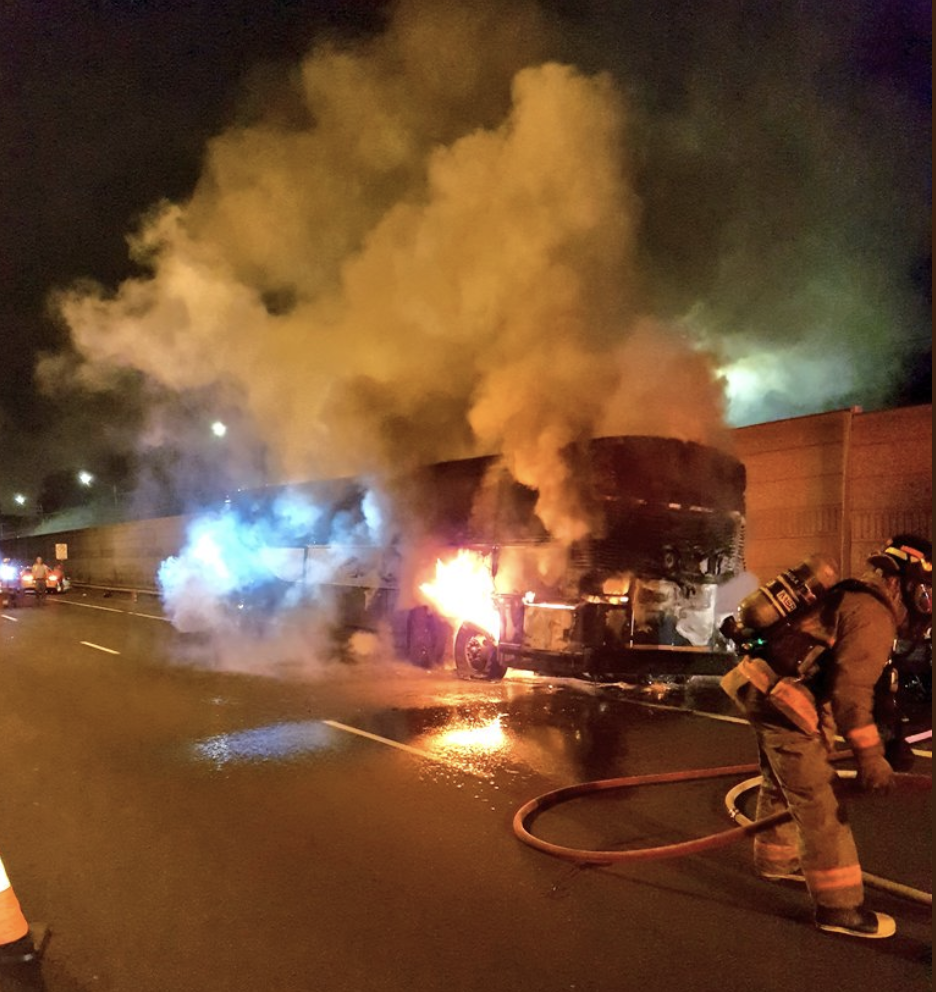 The stretch of highway was a busy one, as the OPP also reported a three-vehicle collision in the area shortly after 2:00 a.m.

That crash, which took place in the westbound lanes approaching Cawthra Rd., temporarily blocked all lanes.

No injuries were reported in connection with the bus fire.