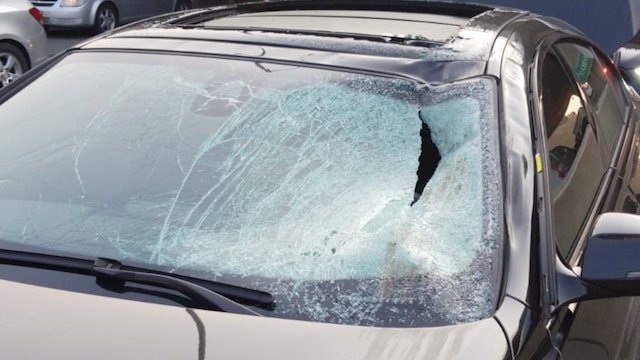 There was a collision on Highway 409 last night in Mississauga.

The incident occurred on Highway 409 near Martin Grove Road.

According to Sgt. Kerry Schmidt, one of the drivers lost control and ended up colliding with the other car. The driver was taken to the hospital with minor injuries.

Officers have not provided an update on the driver’s current condition.

In a tweet sent out by Sgt. Schmidt this morning, he advised all drivers to check if they have any detached parts.

Scary moments after a vehicle lost a wheel which ended up slamming into another car on #Hwy409 near Martin Grove. Driver taken to hosp. with relatively minor injuries. Other driver charged with detached parts. #CheckYourNuts pic.twitter.com/vVv56yHov8