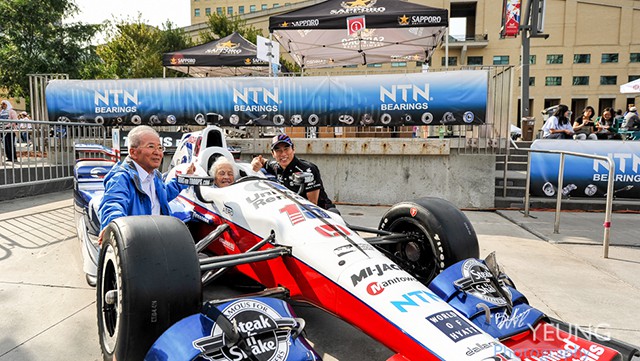 Organizers estimate that the event welcomed up to 70,000 people over the course of the weekend.

One of the highlights of this year’s celebration?

Incredibly popular and the very first Japanese born Indy 500 winner Takuma Sato, who was on hand at Celebration Square on Sunday, Aug. 27. Racing fans who have been following the superstar’s career were able to see both Sato and an authentic Indy car, presented by the NTN Bearing Corporation of Canada.

Thirsty guests were also able to enjoy Japanese beer, sake and whiskey in a designated area.

The days festivities, which were MC’d by inSauga.com’s own Khaled Iwamura, also featured some bombastic entertainment, including a set by acclaimed DJ Hachiouji-P—a DJ that organizers say was dubbed the ‘Prince of Vocaloid music’ on Japan’s popular video sharing site ‘Nico Nico Douga.’

You can take a look at photos of the festivities below: