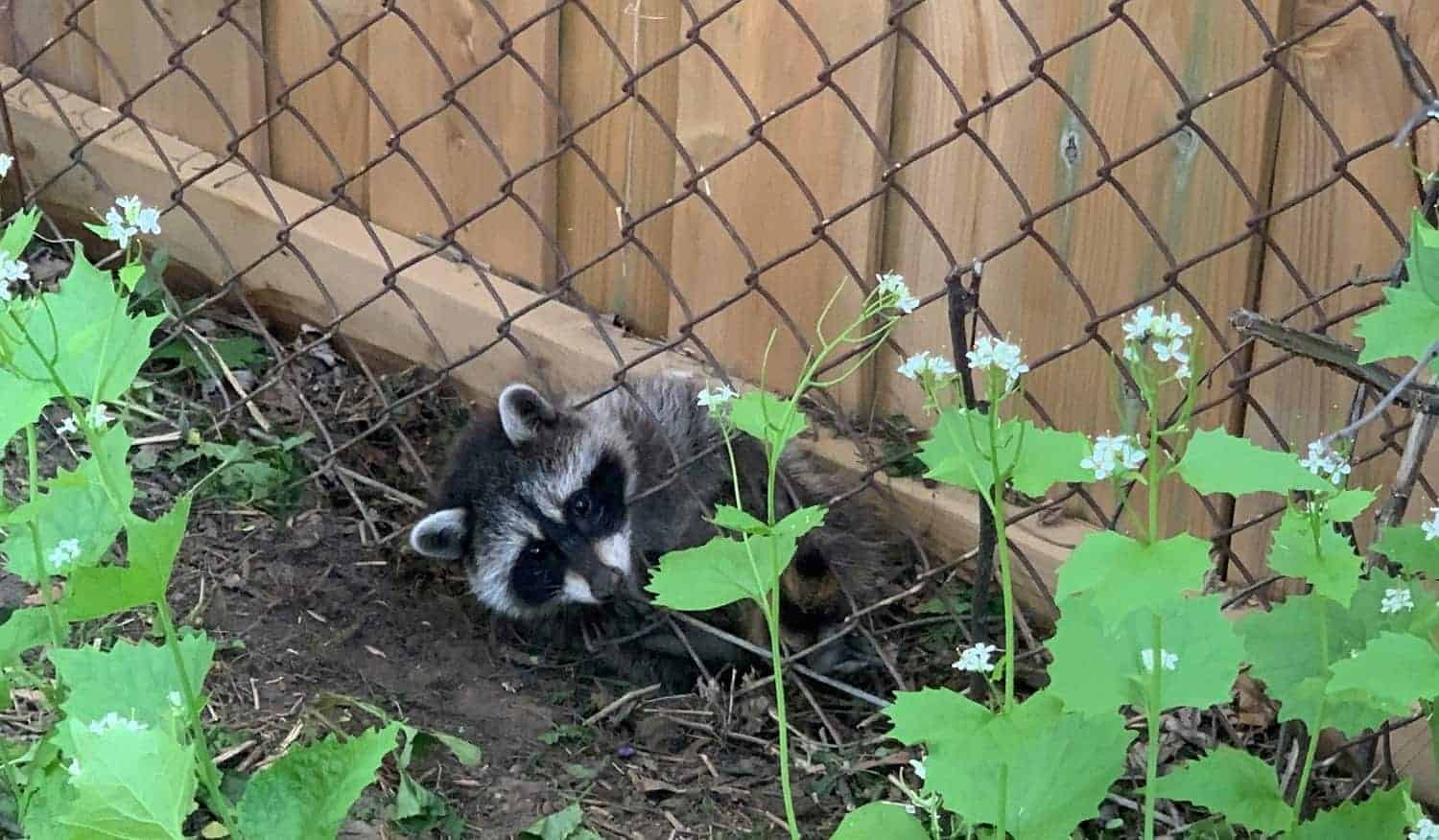 Ahhhh, stuck: a baby raccoon was fenced-in —in both directions — in Mississauga recently.

Last week, Mississauga Animal Services responded after a resident found a baby raccoon who was caught between a lattice fence and a chain-link fence in their yard, while the kit’s mother could only watch from her perch atop a nearby tree.

An Animal Services officer was able to free the kit and place it on top of a fence, allowing it to be reunited with its mother. Raccoons typically give birth to a litter of kits in April and May, and they gain their independence between the age of eight and 12 months.

Baby raccoons can bite and scratch someone who tries to pick them up, which is why it is best to ask a professional to humanely remove them. They might also carry disease, parasites and mites passed through their mother.

If you see wildlife injured and/or in distresses, call Mississauga Animal Services at 905-896-5858.