PHOTOS AND VIDEO: Motorcyclist Seriously Injured in Collision in Mississauga

One person was seriously injured in a crash around 6:00 p.m. Friday afternoon.

According to Peel police, a motorcycle collided with a car at the intersection of Hurontario and Fairview Road.

The male rider was taken to a trauma centre with life-threatening injuries. 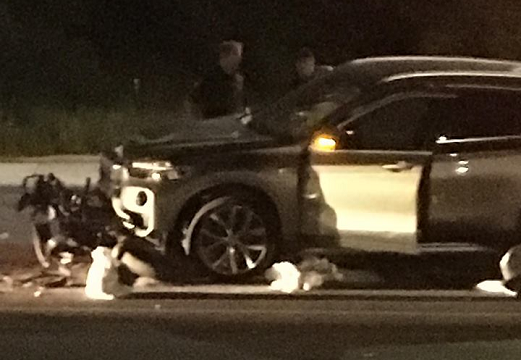 Shortly after 10:00 p.m., police reported that the victim is now in stable condition.

The intersection, which was temporarily closed down, has since reopened.

Motorcyclist Seriously Injured in Collision in Mississauga from insauga on Vimeo.

5 unbuilt projects that could have changed...
Top 5 Chicken on the Rocks in Mississauga
Five fun things to do this weekend that are...
Top 5 chicken sandwiches in Mississauga
5 fun ways to make the most out of your...
END_OF_DOCUMENT_TOKEN_TO_BE_REPLACED

A popular fusion restaurant recently opened up in Mississauga
While COVID-19 has been tough for most businesses, it’s nice to still see some new and unique restaurants popping up in the city.
END_OF_DOCUMENT_TOKEN_TO_BE_REPLACED