PHOTOS: A look at some award-winning buildings in Mississauga 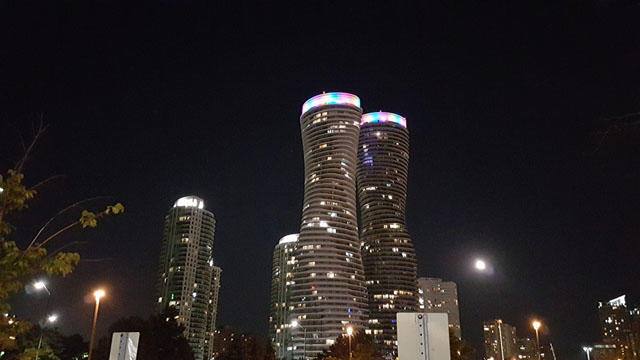 A few iconic buildings were just recognized for their uniqueness in Mississauga.

Residents were encouraged to vote online for their favourite places between May and September this year.

“Over the years, we have built out a distinctive skyline in Mississauga,” said Mayor Bonnie Crombie in a statement.

“We know that great urban design is vital in our city-building efforts and is an important factor in fostering an exceptional quality of life and these well-known Mississauga landmarks have helped to create our vibrant and thriving city.”

The nominees were divided into private and public categories and the top selections in the private category are as follows:

The Absolute World “Marilyn Monroe” Tower Phase IV, located at 60 Absolute Ave., is a well-known landmark in Downtown Mississauga. The city says its 56-storey sculptural “twists and unique shape have a notable ability to reflect light and articulate its striking silhouette that can be seen from miles away.”

The developer for this building is Cityzen Development Group and Fernbook Homes and the consultants are MAD Architects, Burka Architects Inc and NAK Design Group. They were awarded in 2012. 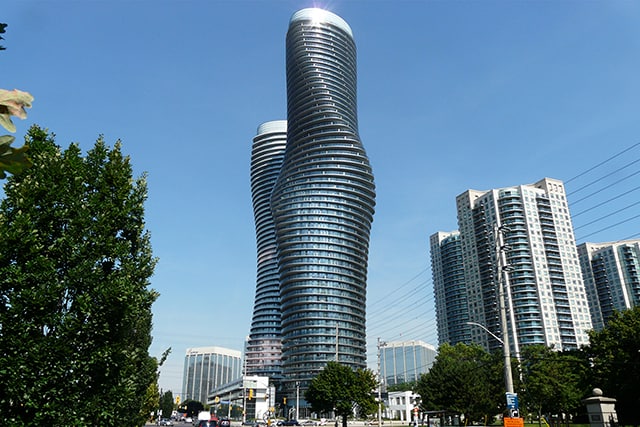 The Applewood Landmark, a residential building located at 1300 Bloor St., won its award in 1981.

“The building forms a visual gateway and a skyline reference to traffic progressing westward through the city,” the city says, adding that the 26-storey building includes a variety of residential units, indoor and outdoor fitness facilities and entertainment features.

The developer for this building is The Shipp Corporation and the consultants are D. Allan Ross and Julian Gaspar. 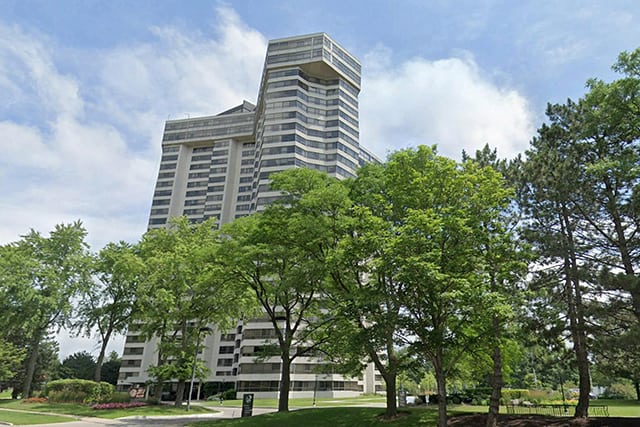 The Xerox Research Centre, located at 2660 Speakman Dr. in the Sheridan community node, is a state-of-the-art building that’s known for its unique appearance. “The building’s location and arrangement, with its notable features, present an attractive visual for those travelling on the Queen Elizabeth Way,” the city says.

The consultants for this centre are Shore Tibe Henschel Irwin Peters, Architects, Engineers Moorhead Fleming Corban McCarthy. They were awarded in 1984. 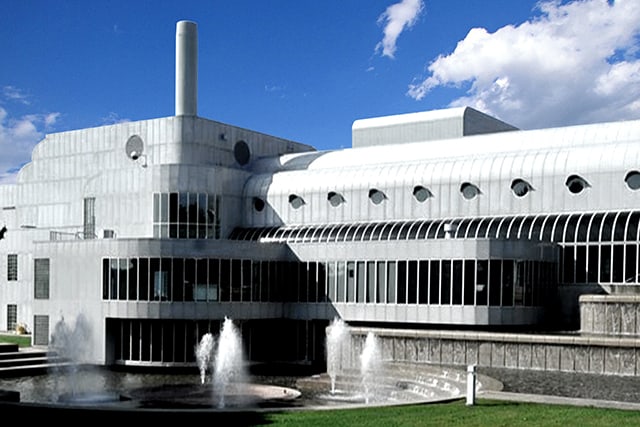 The nominees in the public category are as follows:

The Meadowvale Community Centre and Library

The Meadowvale Community Centre and Library is located in the Meadowvale neighbourhood at 6655 Glen Erin Dr. and overlooks Lake Aquitaine and the surrounding parklands. Program essentials include a library, aquatics, fitness, gymnasium, multipurpose rooms and various outdoor and indoor amenities and gathering spaces suitable for adults and children.

The consultants for this centre are Perkins+Will, Fleisher Ridout Partnership Inc. and they were awarded in 2018. 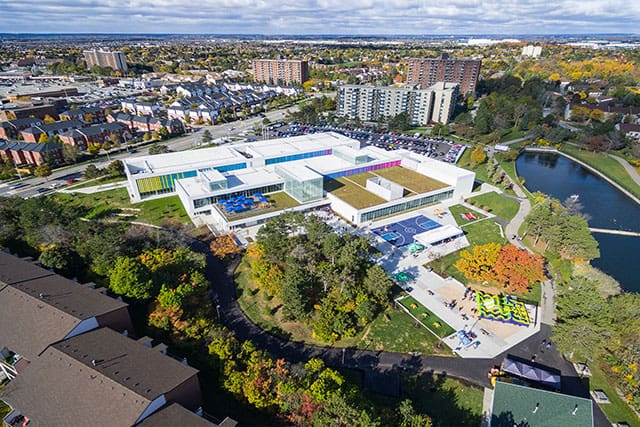 Mississauga Celebration Square is located in the heart of Mississauga’s Civic Centre at 300 City Centre Dr. This urban space consists of a stage and media wall, raised gardens, a huge lawn and a skating rink and fountain. Many people attend events in the square each and every year.

The consultants are SC&P Architects, Janet Rosenberg + Associates and it was awarded in 2011. 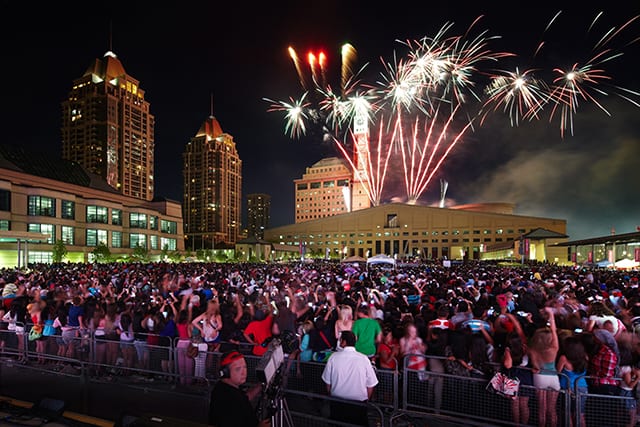 “The Library’s architecture has a civic presence yet creates a friendly image appropriate for a library,” the city says.

The consultants are Shore Tilbe Irwin & Partners, Fleither Ridout Partnership Inc., and it was awarded in 1991. 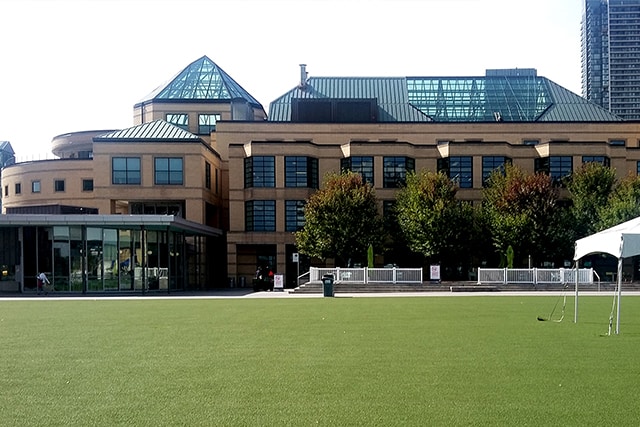 “These projects are great examples of how urban design buildings and the areas around them can work together to make quality spaces for people to enjoy,” said Andrew Whittemore, Commissioner of Planning and Building, in a statement.

“As we continue to plan and develop the city, it is important for us to highlight this level of excellence as a standard of what we hope to achieve.

The city will issue the call for submissions for the 2021 Mississauga Urban Design Awards later this year.

The Mississauga Urban Design Awards are one of the longest-running urban design awards in Ontario.

Images courtesy of the City of Mississauga