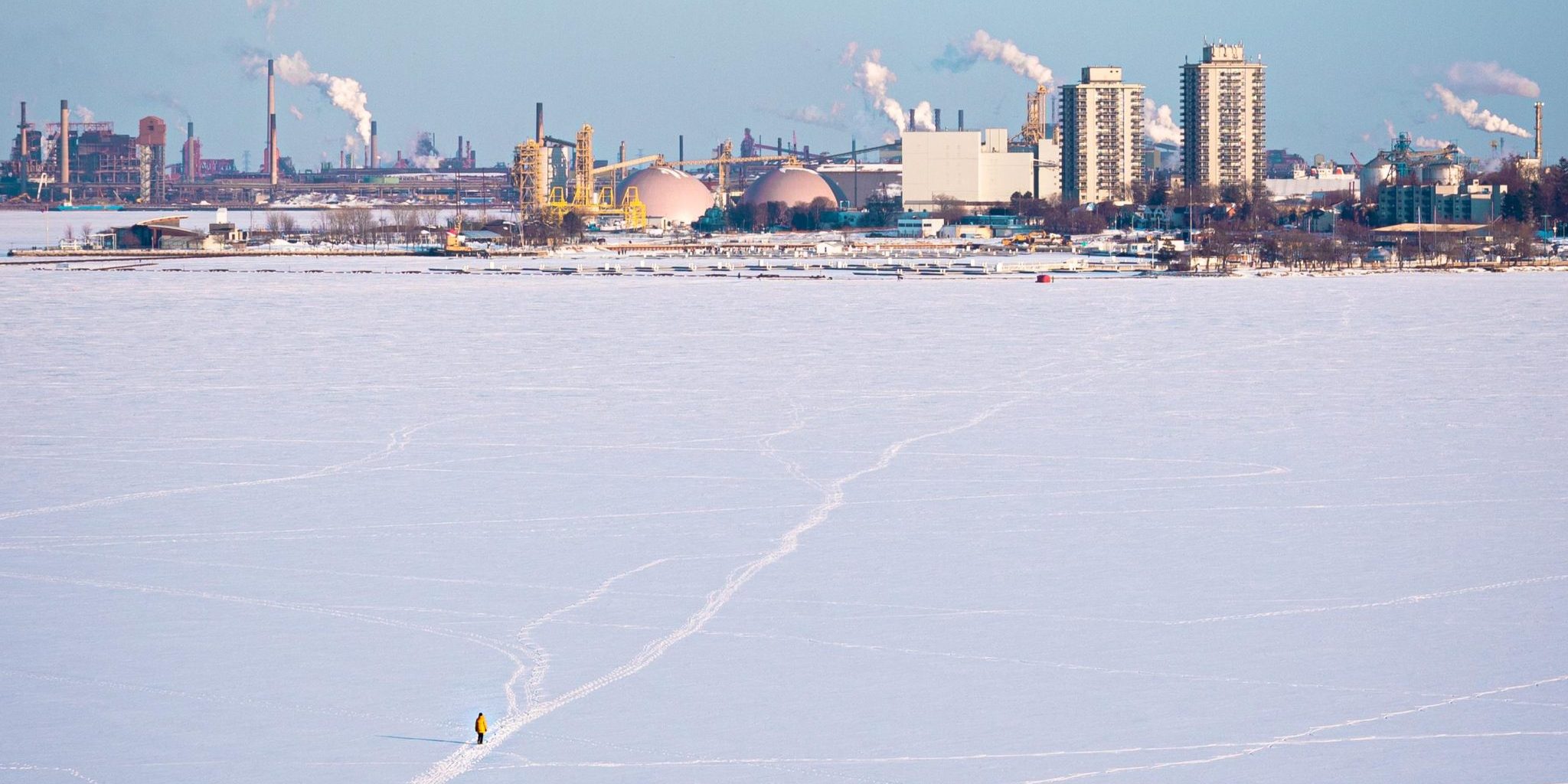 The photo of an individual walking on the Burlington Bay, from the Waterfront Trail to Bayfront Park in Hamilton was captured from the McQuesten bridge. (Photo by Sheldon @sdbchocobar)

To say it’s been cold in Hamilton (and just about everywhere else outside of the sun) is an understatement, but it would take a lot more than minus-20 degrees Celsius weather for most people to work up the courage to walk across the Burlington Bay.

Not this person, though.

The photo of an individual taking the shortest route from the Waterfront Trail to Bayfront Park was captured from Hamilton’s McQuesten High Level Bridge by a local photographer by the name of Sheldon.

“I was walking the Waterfront Trail from Bayfront Park,” he told inTheHammer. “As you may know, you can access stairs to get to the bridge. That’s when I took the pic.” 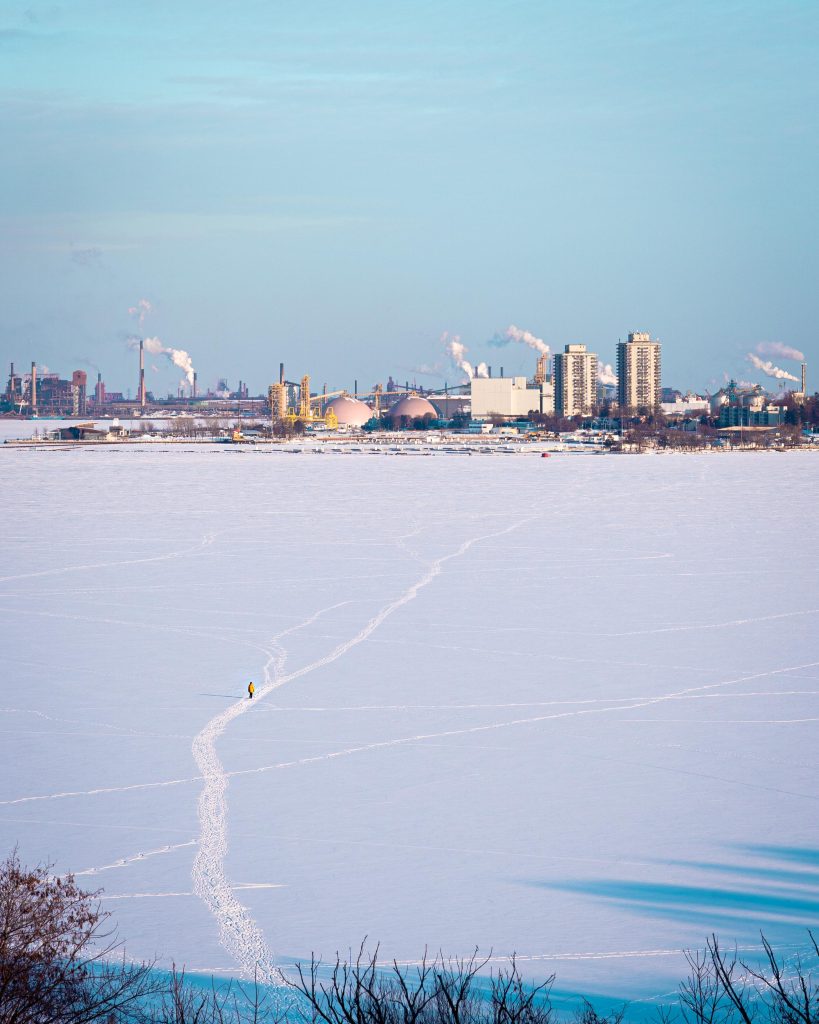 Using the walker’s prints as the reference, the distance from shore to shore is around 1.32 kilometres. That translates to roughly a 17-minute walk at an easy pace. Of course, that’s not accounting for the conditions. 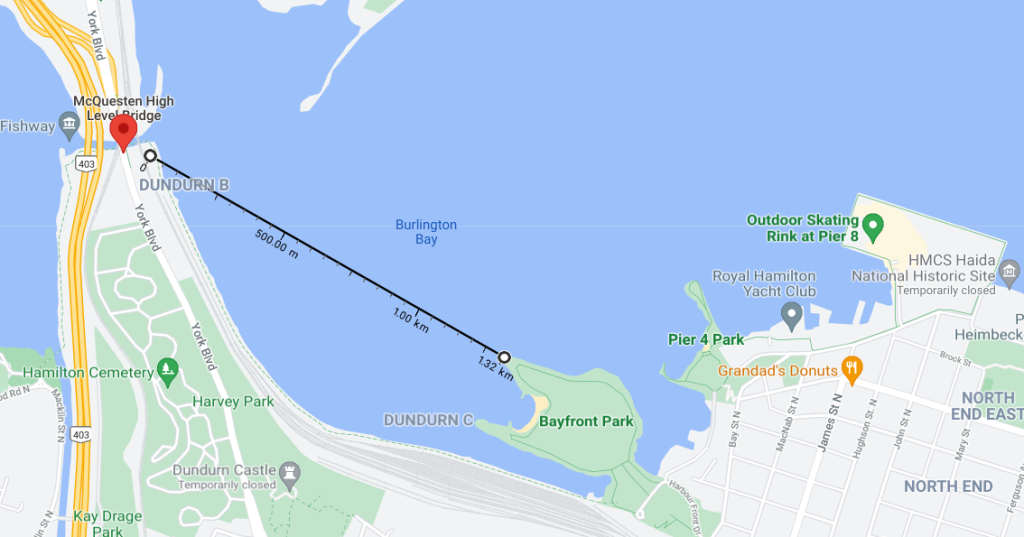 Sheldon shared the photo on Reddit, and commentators didn’t seem too keen on taking a similar stroll. 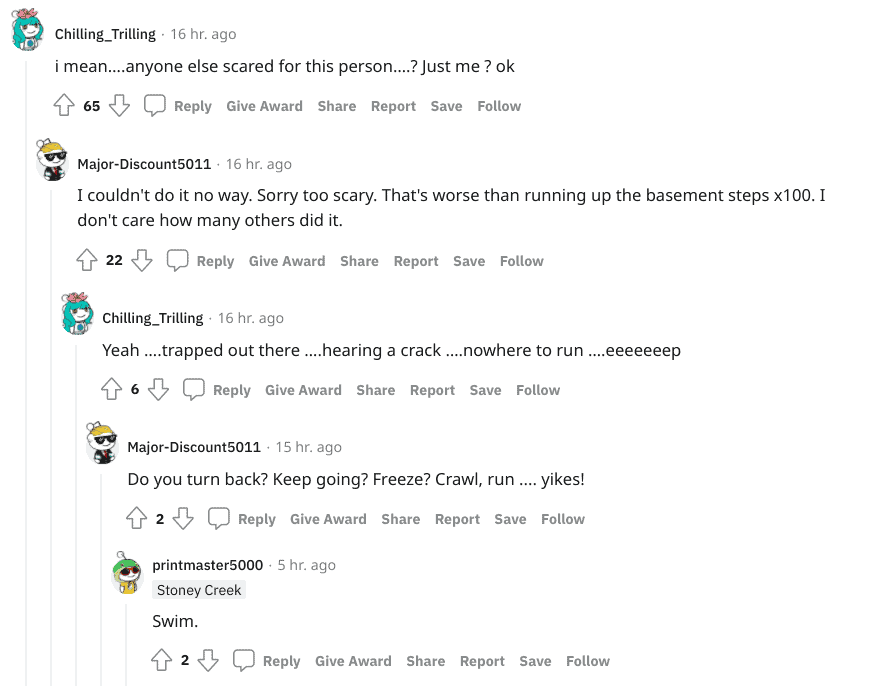 Experts say ice is not considered safe to walk on until it is at least four inches thick. At that point, the ice should be able to support up to 200-pounds. Even still, if the worst-case scenario does occur, you’re a long way to safety.

You can check out more of Sheldon’s photography on Instagram.