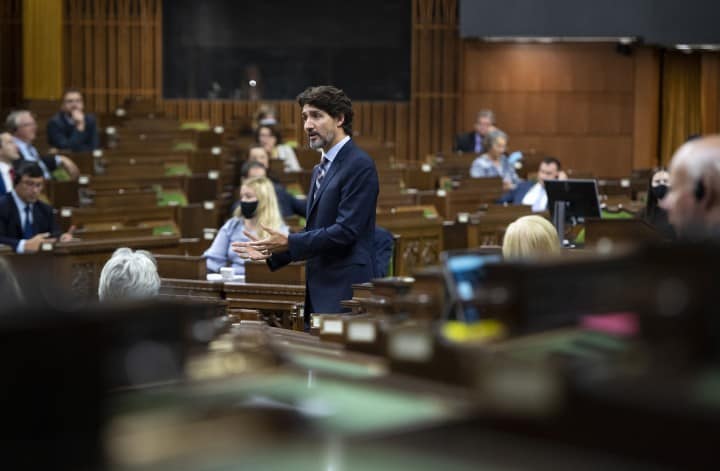 OTTAWA — Opposition parties are poised to approve a parliamentary probe of the Trudeau government’s handling of the COVID-19 pandemic despite growing objections from industry and experts.

Pharmaceutical giant Pfizer Canada is the latest to express concerns about the probe, which is the subject of a Conservative motion that will be voted on in the House of Commons today.

The Conservative motion would order the government to turn over to the House of Commons health committee all records on a raft of issues related to the government’s handling of the pandemic.

That includes the purchase of personal protective equipment, medical devices and pharmaceuticals, and in a letter to Health Canada, Pfizer says it wants to know how its commercial secrets will be protected.

The motion is expected to pass with support from the federal New Democrats and Bloc Québécois, who have insisted there is sufficient protection for industry while accusing the Liberals of stirring fears.

Unlike a similar Conservative motion defeated last week that would have created a committee to look into the WE controversy, the government has said the health committee motion will not be a confidence vote.

In a letter to a senior Health Canada official obtained by The Canadian Press, Pfizer Canada president Cole Pinnow says his company is concerned about the “likely unintended consequences” of such a review.

Pinnow specifically mentions a requirement in the motion that the government produce documents related to the production and purchase of a vaccine for COVID-19.

He goes on to say that while the company is seeking legal advice, it wants to hear from Health Canada what process will be used to vet sensitive information before it is released to the committee.

“We are deeply concerned with the implications and likely unintended consequences should this motion receive the support of enough parliamentarians,” Pinnow wrote to Health Canada assistant deputy minister Pierre Sabourin.

“As we seek legal counsel, we would like to understand what vetting process Health Canada intends to use and how would third parties, like Pfizer, be consulted prior to the release of any information.”

In a followup email answering questions from The Canadian Press, Pfizer’s director of corporate affairs Christina Antoniou wrote that the company would like to see stronger language in the motion on protecting corporate secrets, especially regarding its vaccine-development efforts.

“The release of technically or commercially sensitive information may have deeply damaging and unpredictable effects on Pfizer and for the development program,” she wrote.

Protections for scientific and commercial secrets, and a promise to consult companies affected by the probe, “would provide manufacturers like Pfizer the confidentiality assurances we should expect from the government.”

Pfizer’s concerns about the proposed probe reflect those raised in recent days by other industry players, including Canadian Manufacturers and Exporters, which represents thousands of companies in Canada.

CME on Friday wrote to federal procurement minister Anita Anand raising concerns about “the risk of proprietary, sensitive or confidential business information suddenly being disclosed to the public.”

The co-chair of the federal government’s COVID-19 immunity task force has also spoken out against the motion, telling The Canadian Press such a wide-ranging investigation now could do more harm than good.

Dr. David Naylor said the proposed study is too expansive and will ultimately create more work and distractions for the federal public service at a time when it is already working full out.