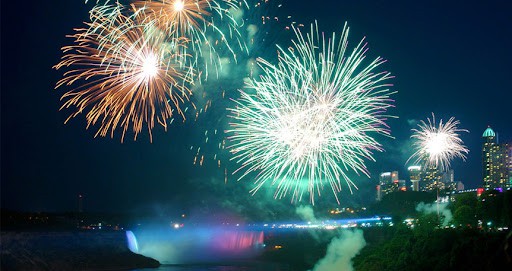 A 144 consecutive night of fireworks over Niagara Falls with more coming has PETA calling the tourism board their 'Grinch of the Year.'

There can be little doubt that the amount of fireworks Niagara Falls has seen in 2022 could be seen as excessive.

In fact, excessive might be a charitable description. For 144 consecutive nights from the May 24 long weekend to Thanksgiving in October, Niagara Falls Tourism organized fireworks displays.

That is now resuming as the pyrotechnics have returned for every weekend from now until February 20, and for a 14-day stretch between Boxing Day and January 7.

That has animal welfare group PETA (People for the Ethical Treatment of Animals) fuming and today, they named Niagara Falls Tourism ‘Grinch of the Year’.

“Niagara Falls Tourism’s small heart won’t let visitors enjoy one of the world’s greatest natural wonders without a constant barrage of explosions that leave animals running for their lives, and that makes it a grinch in our book,” says PETA Executive Vice President Tracy Reiman from their Washington, DC headquarters.

“All we want for Christmas is for the organization to stop causing vulnerable individuals harm and distress with its shameful fireworks shtick.”

As well as the ‘Grinch’ title, PETA said Niagara Falls Tourism will also receive “a certificate of shame, as well as a lump of coal from the group.”

Those “messages” come in the form of three billboards – two located at 5685 Falls Ave and the third near the intersection of Stanley Avenue and Main Street.

The billboards, shown below, featured a skull made of smoke and fireworks with the PETA message that “pyrotechnics terrify wildlife, companion animals, and vulnerable humans, including those who suffer from post-traumatic stress disorder.”

PETA was not the only complainant about the fireworks. Beyond concerns of frightened pets, dozens of residents called the tourism board, as well as City Hall, to complain that the nightly noise made it impossible to sleep or even leisurely leisurely watch TV. 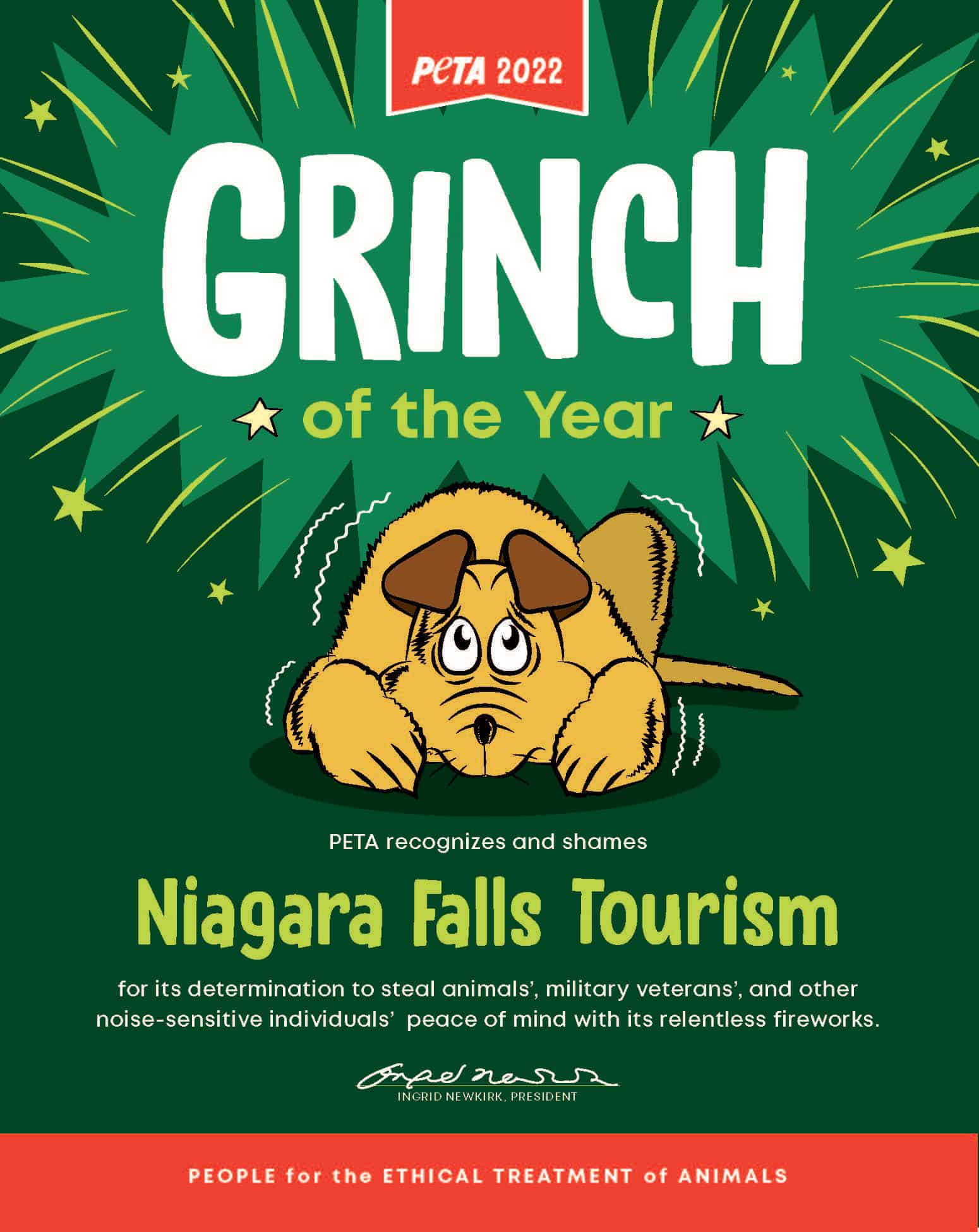 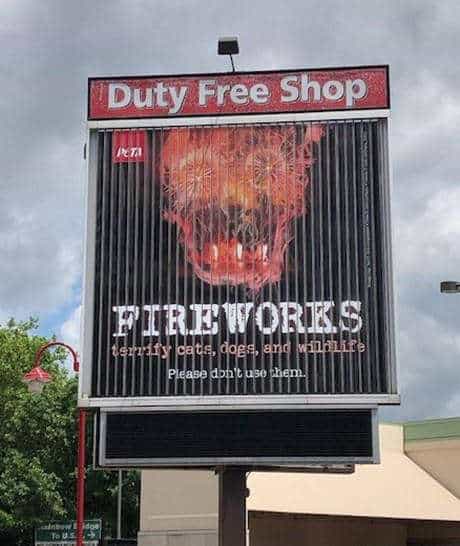