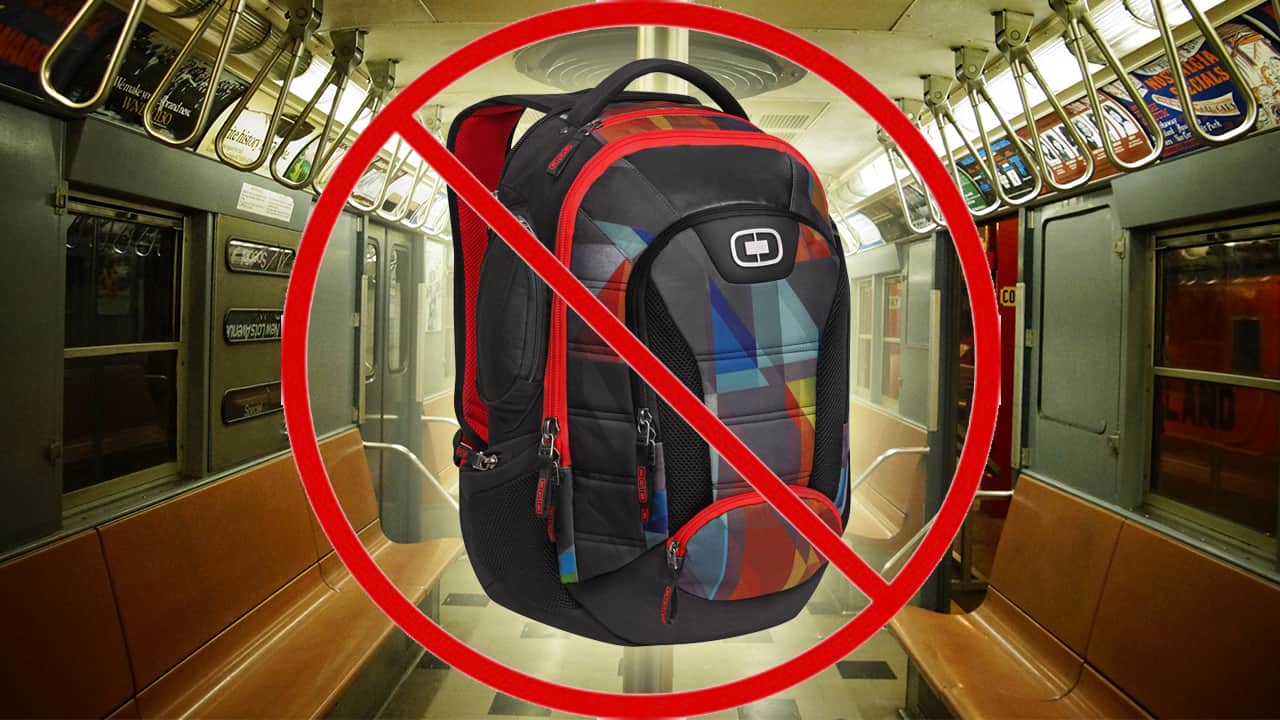 When I was a student, bringing a backpack to class was a natural as wearing shoes outside or drinking water. Students eagerly starting a new school year would bring in a brand new backpack carrying school supplies, lunch or anything else for recreational purposes.

Students with backpacks, what could be so controversial about that? Apparently in 2017, there are issues with backpacks as well. So much so, that the Dufferin-Peel Catholic District School Board (DPCDSB) recently instituted a policy banning backpacks in their classrooms, although according to a spokesperson from the board, it is up to the individual school to decide whether or not to implement the policy.

You may have heard of schools banning or restricting a number of things throughout the years: the latest was the Toronto School Board blocking Wi-Fi access to apps such as Snapchat, Netflix and Instagram. Those restrictions make sense because students constantly get distracted by those apps–and they strain the school’s internet capabilities. But why would any school board decide to ban backpacks in classrooms of all things?

According to the Mississauga-based Philip Pocock Secondary School, the rationale for the ban is as follows:

So if I’m reading this correctly, the main issue the school board has regarding backpacks centers around safety. But how safe is it if a kid is now forced to carry a laptop and all her other supplies in her hands as she moves from class to class (although backpacks will still be permitted on school grounds, it’s unlikely that a student can use it between classes if his or her locker is out of the way)? Or if he needs to carry emergency medical supplies such as an asthma inhaler or EpiPen; perhaps he would need to use cardboard boxes from now on, since they’re the only other things one can think of that could carry all the items I just mentioned?

If this sounds like a massive overreach by the school administrators, at least some students definitely believe so. Students from Cardinal Leger Secondary in Brampton have launched an online petition asking that this ban be rescinded and that students be allowed to bring their backpacks to class. The petition has garnered almost 600 signatures as of this writing.

This issue of banning backpacks is not just affecting the Peel school board; questions and concerns over backpacks have lingered for years, as you can see from this online post from an American context. But this is a familiar refrain: when something becomes a problem, then it seems the only solution that “the adults” (in this case, for lack of a better term) is to ban that which is deemed a problem.

We live in an age of innovation. It’s not that hard to find a backpack design that could be compact enough to address the safety concerns that the Peel board has and would allow Brampton and Mississauga students to continue carrying their items in backpacks, like they’ve been always doing. If someone needs some ideas, check out this video: