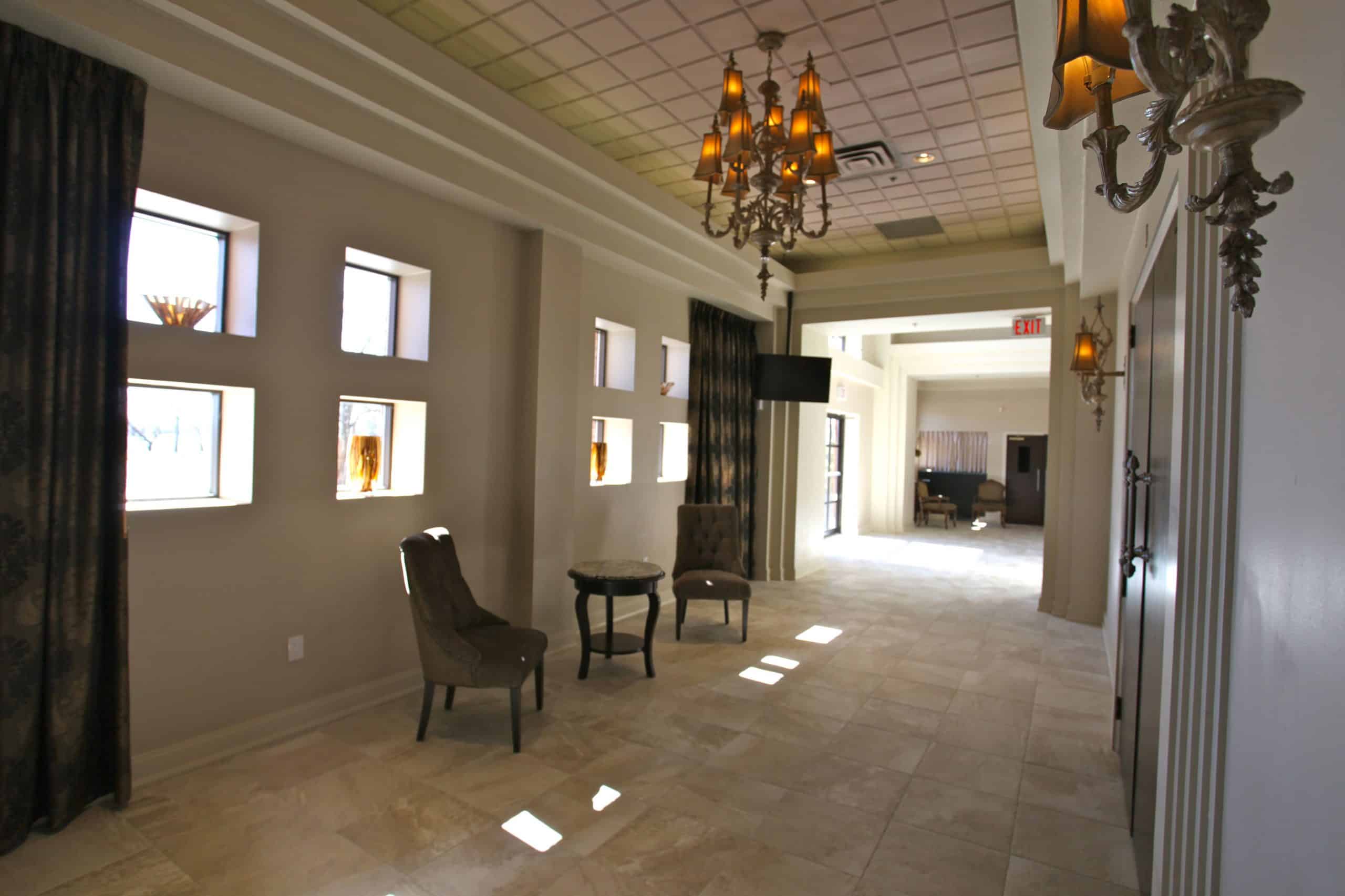 For years, no one quite knew what would become of the 200-acre historical agricultural property known as the Britannia Farm.

The area, surrounded by Hurontario, Mclaughlin, Bristol and Matheson Blvd., has actually been the property of the school board since 1833. According to this report, it was given to the board on the condition that the land be used for educational purposes. While the land has been home to educational establishments over the years, discussions about what it would ultimately be used for fell through. 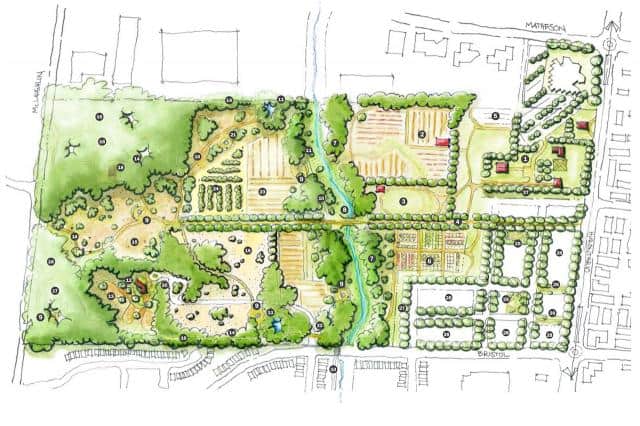 On Dec. 12, the Peel District School Board (PDSB) announced that it approved the Master Plan that proposed the site become home to an outdoor educational facility.

According to the board, the Master Plan recommends student-focused environmental and agricultural programs, the establishment of landscape zones, a development parcel that will be 32 acres in size and phased public access in partnership with the city of Mississauga. 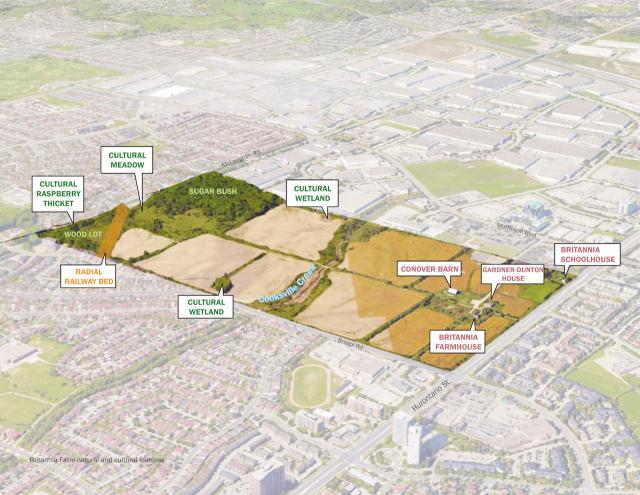 In terms of what sits on the land presently, there’s the Britannia School House, The Conover Farm, The Gardner-Dutton House, a farmhouse, woodlot and former radial railway railbed. There is also the famous Sugar Bush that Councillor Carolyn Parrish was adamant about saving. The original 1989 Master Plan was supposed to create something on the land that conformed to the environmental surroundings and maximized usage of the natural landscape, but a lack of funding led to the plan being shelved. 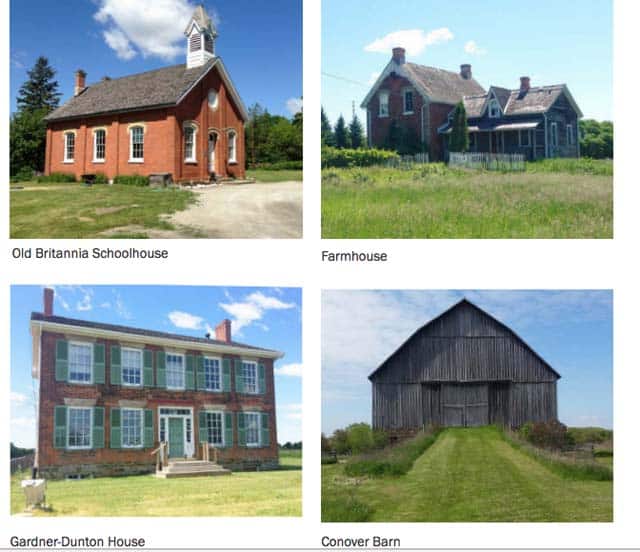 In fact, this project has always had some difficulty getting off the ground due to financing difficulties. As we reported back in June, the PDSB has been exploring ideas on what to do with the land for some time, but always lacked a funding source. There is no money coming from province, so land that could generate revenue is restricted to the 32 acres that the Board owns.

That 32 acres is known as the development parcel and this swath of land will, ideally, generate some revenue–especially since the land is near the future site of the much-anticipated Hurontario LRT.

“The full funding announcement of the Hurontario LRT was a major game changer for the City of Mississauga and the future of the Britannia Farm site,” the Master Plan reads. “The LRT will, over time, change the face of the Hurontario Street corridor into an inviting, vibrant street. Now is the time to capture the value in a portion of the lands fronting onto Hurontario Street and to explore market-based opportunities. The development parcel should be developed with the utmost respect for its special surroundings: no other parcel of this scale (approximately 32 acres) will be able to offer the most attractive transit connections; proximity to the downtown and highways; and adjacency to a 170 acre historic and green cultural heritage landscape. A mix of uses and a sensitive built form will ensure that the proposed development responds appropriately to these unique assets.” 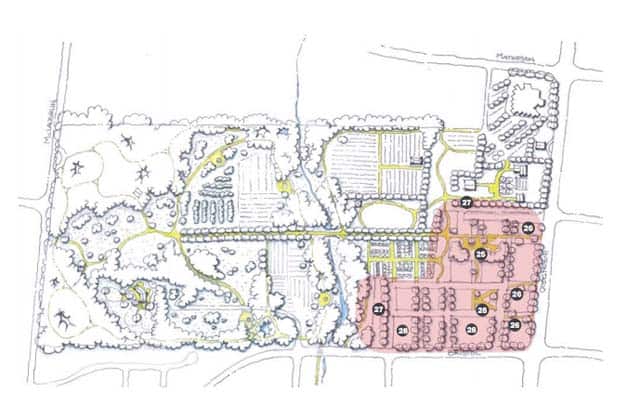 While some might worry that the development parcel will detract from the natural look of the space, it will most likely blend in with the developed areas beyond the farmland along the Hurontario corridor. It’ll also provide–although it’ll likely take some time–more housing along a rapidly urbanizing area of the city.

All that said, the Master Plan highlights the construction of the field centre, and that proposal respects the land’s historical roots. 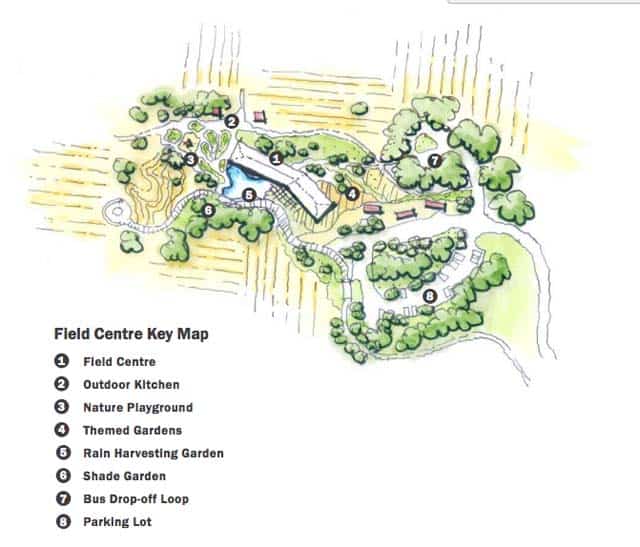 “The heart of the Britannia Farm property will be the proposed field centre building. This building will be located in close proximity to the many varied landscapes that converge in the west end of the property: the agricultural fields, the meadow, the sugar bush and the woodlot,” the plan reads.

According to the plan, the center will provide a “clear place of arrival” for students and visitors interested in the ecological programs, including the sugar bush. Inside the building, visitors will find the offices of the Alternative Programs staff and the building will be especially useful on very cold and very hot days.

“The building itself offers a completely enclosed and secure learning environment, controlled by PDSB staff. The immediate grounds and landscape surrounding the building should be programmed with features that connect directly to the building, require its services. The grounds can be organized with defined boundaries created by program features (planters etc.) or landscape design (fencing, tree breaks) to provide a place where the youngest students can explore in a space scaled for discovery without being overwhelming,” the plan reads.

All in all, it’s encouraging to see something done to the property that it’s line with the century-old mandate the school board was given.

We’ll keep you posted on any updates.

All images courtesy of Peel District School Board