As part of Peel’s COVID-19 weekly epidemiologic update, the region has released map data highlighting the geographic distribution of COVID-19 cases in Peel.

According to Peel, the data is mapped based on place of residence and does not necessarily reflect where the virus was acquired. 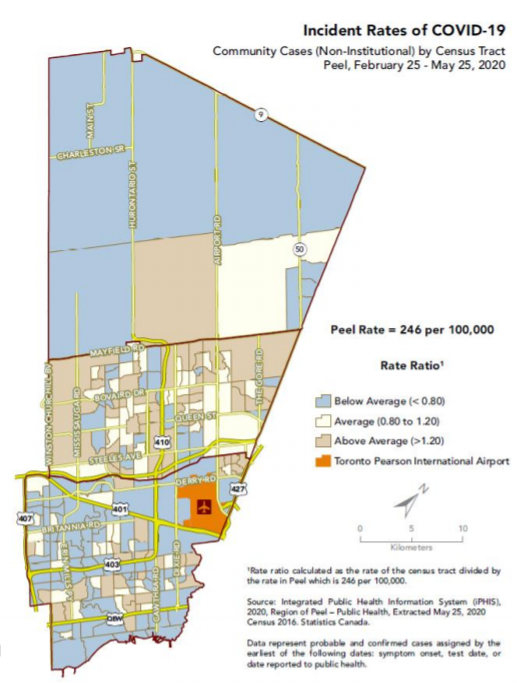 The first map shows non-institutional COVID-19 cases in Peel since the beginning of the outbreak, February 25 to May 25, 2020. Approximately 3,515 community cases were reported in Peel during this period.

The second map shows non-institutional COVID-19 cases in Peel from May 11 to May 24, 2020 and is indicative of more recent infections. Approximately 835 community cases were reported in Peel during this period. 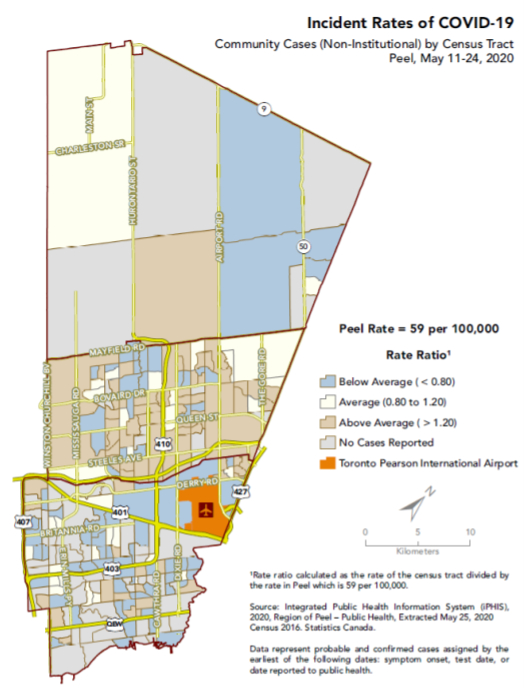 “This indicator helps understand the progression of the epidemic in the general population over time,” Peel said. “Work is being done to synthesize and share these collective indicator data on an ongoing basis.”