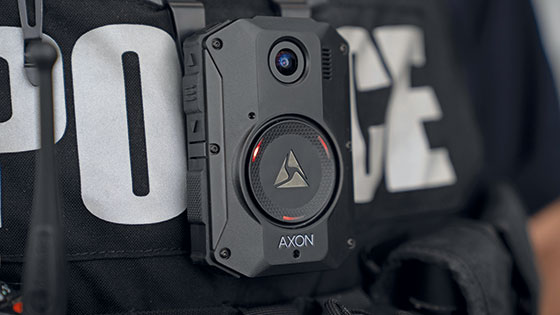 The 30-second video, posted on the Peel police Twitter page, shows the role of the body-worn cameras as two officers in separate incidents deal with members of the public.

Officers will turn their body-worn cameras on when arriving at a call & will remain on during investigations.

The cameras were rolled out in late July after months of planning and training and follow the lead of many police departments across North America. The devices record interactions police have with people during traffic stops or other investigations. Officers are required to activate their cameras as soon as possible when interacting with the public, and they also must tell the person or people that the camera has been turned on.

Police say the goal is to have all frontline officers, including patrol sergeants, equipped with the cameras by the end of summer or early fall. Peel police, who count more than 2,000 officers among their ranks, say the program will cost $9 million over the next five years.

Peel Deputy Police Chief Anthony Odoardi said during a recent podcast that the move to the body cameras is about accountability and transparency.

“Our officers interact with people on a daily basis and in a number of situations ranging from low-key to critical incidents,” he said. “This is a tool to help us demonstrate our professionalism, demonstrate accountability and to be transparent.”

There will be rules in place concerning privacy issues and when police interact with youth and children. On their tweet releasing the video today, Peel police included a link to privacy guidelines.

Anyone who has been filmed will have the right to review the footage, but to do so a Freedom of Information request must be made.

Peel officers at Pearson International Airport in Mississauga have been using the cameras since May.

— with files from Steve Pecar