Peel Regional Police are appealing to the public for help in identifying the suspects involved in a fatal shooting in Brampton Wednesday (Sept. 22) afternoon.

According to a police press release, officers were called at around 4:45 p.m. to a home on Rushbrook Drive to reports of a shooting.

Upon arrival, police said they found a man and a woman suffering from gunshot wounds.

Despite first responders’ life-saving efforts, a 26-year-old Brampton man succumbed to his injuries at the scene. The woman was transported to hospital with non-life-threatening injuries.

Police said that it is believed that there are three suspects and they fled the scene in a car.

Shortly after officers responded to the scene, police were called to reports of a car fire in the area of Grenoble Boulevard and Williams Parkway in Brampton. Police said they believe the car may be related to the shooting.

“This is believed to be a targeted incident,” police said in the release.

Investigators from the Homicide and Missing Persons Bureau, in the meantime, are appealing to the public to locate any surveillance video or witnesses that were in that area at the time of the shooting and car fire who may have information that could assist in the investigation.

Anyone with information is asked to call investigators of the Homicide and Missing Persons Bureau at (905) 453–2121, ext. 3200. Anonymous information may also be submitted by calling Peel Crime Stoppers at 1-800-222-TIPS (8477), by visiting peelcrimestoppers.ca. 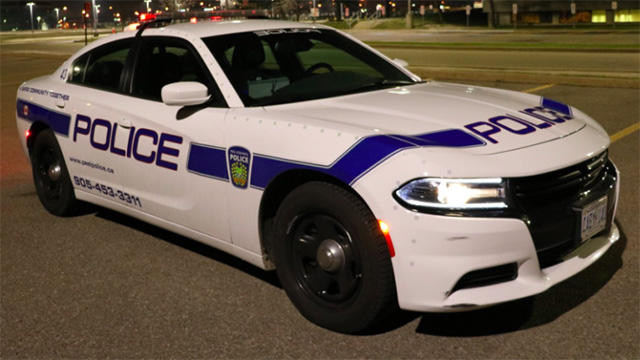