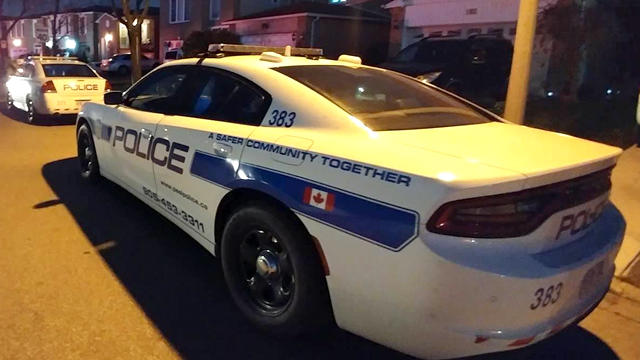 A Peel police officer has been demoted following an incident in which a man was beaten at a Brampton Christmas party for touching several female officers inappropriately.

A Peel police officer has been demoted following an incident in which a man was beaten at a Brampton Christmas party for touching several female officers inappropriately.

Earlier this month, Const. Darren Barden was demoted from first class constable to second class constable by Superintendant Colleen Fawcett after pleading guilty to two counts of discreditable conduct. He entered his guilty pleas on Oct. 12, 2016 and will take on a lower-ranking position for the next 18 months.

In 2015, Barden, along with Peel police officers Bernie Webber and Lance Kerec, was found guilty of assault causing bodily harm and unlawful confinement following an off-duty incident at a Brampton banquet hall.

According to the document, Honourable Justice M.J. Epstein stated that the “convictions stem from what I found to be a retaliatory effort on the part of the offenders against a civilian who was attending another Christmas party in the same building.”

The documents show that the three officers assaulted an intoxicated 62-year-old man who had touched the breasts of off-duty female officers who were having their picture taken.

“Word of the conduct of the complainant had spread among officers and the three offenders had taken it upon themselves to ‘sort him out,’ Justice Epstein wrote.

According to Justice Epstein, the officers grabbed the victim in the foyer of the building and dragged him towards a washroom that was hidden from public view by a partition. While traveling to the washroom, the victim fell and tripped one of the officers. Constable Kerec punched the man in the face to retaliate and Sgt. Webber dragged the man the rest of the way to the facilities. The victim grabbed onto the doorframe to avoid being dragged inside the washroom and was subsequently kicked in the face by either Sgt. Webber or Const. Barden.

“I rejected the position taken by the offenders at trial that they were lawfully engaged in police activity during this incident,” Justice Epstein wrote. “I found that all three had formed an intention to forcibly confine the complainant and to drag him to the washroom area with injuries to the complainant being foreseeable and probable in the circumstances. I found that Webber and Kerec left the building almost immediately without identifying themselves to anyone as police officers and that, while Barden remained he was intentionally evasive and misleading with a uniformed officer who had responded to the call.”

After the incident, the victim was “bleeding profusely from his face” and was suffering from cuts and a fracture to his nose. He also had abrasions on his knuckles from being dragged across the carpet in the foyer.

The victim was ultimately charged with two counts of sexual assault and entered a guilty plea to a charge of causing a disturbance by molestation. He received the benefit of a discharge.

All three officers were criminally convicted following the incident.

All three officers received suspended sentences with probation and were required to complete 100 hours of community service.

Barden’s lawyer, Richard Diniz, defended his client by saying Barden’s record of service with the force (which he’s been with since 1997) is “very distinguished.” He also drew attention to the officer’s background, saying he had a rural upbringing and grew up in a supportive community. He also mentioned Barden’s 11 year marriage and good relationship with his wife and children.

Supt. Fawcett defended her disciplinary decision by saying, “Constable Barden went beyond his powers as a police officer that night with no lawful justification for his actions, and that in itself is serious in nature and weighs heavily in my decision.”

According to the documents, Const. Barden expressed “deep remorse” for his actions. According to Fawcett, he must work to regain trust following the serious conviction.