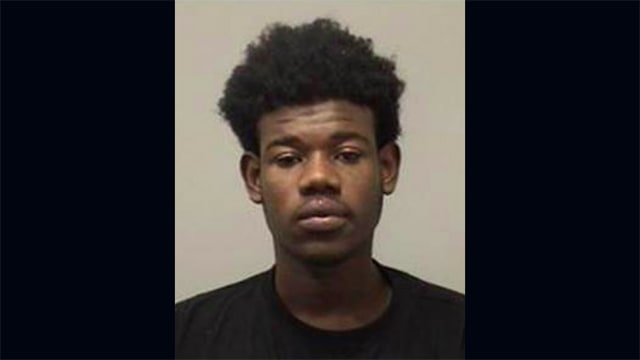 Two Kitchener men are facing charges – and a warrant has been issued for a suspect from Cambridge – after six violent carjackings in Peel, Halton, and Waterloo.

“Pretty much all of them were at gunpoint,” said Peel Regional Police Const. Bally Saini, adding many of the victims are female.

The incidents took place between May 5 and May 10.

It began in Milton on May 5.

The suspects approached a victim, making threats with a gun and another object, then took the victim’s vehicle and property, said Saini.

May 8 was next, along Eastern Ave. in Brampton.

The suspects, who were allegedly driving a stolen vehicle, “intentionally struck a victim’s vehicle from behind,” said Saini.

The victim got out and was robbed at gunpoint.

The vehicle and property were taken.

On the same day, the suspects went to Hereford St. in Brampton where they approached a victim for another gunpoint robbery, making off with a car and property.

A victim in Kitchener-Waterloo was assaulted then robbed at gunpoint on May 9.

The suspects went back to Brampton on May 10, this time on Casper St.

“They intentionally struck a motor vehicle with their stolen vehicle,” said Saini, then pulled a gun, taking “the victim’s car and property.”

It ended in Mississauga on May 10 at Winston Churchill Blvd. and Hwy. 401.

When the victim exited the vehicle, “they pushed [the victim] to the ground” before taking off with the victim’s property.

The suspects were identified after a lengthy investigation by Peel’s central robbery bureau.

Three separate warrants were executed in Waterloo and Cambridge on July 3 with an assist from Waterloo Regional Police.

Two suspects allegedly had guns when they were arrested.

Irshad Sabriye, 19, is charged with robbery with firearm plus numerous gun-related counts.

Both is charged with robbery with firearm plus numerous gun-related counts.

He was held for a bail hearing in Brampton court on July 4.

An arrest warrant has been issued for Chery Pierre, 19, of Cambridge. Pierre is considered to be armed and dangerous.

Don’t approach him and immediately contact police if you see him.

Anyone with information regarding this incident is asked to contact investigators with the central robbery bureau at (905) 453-2121 ext. 3410.

Information may also be left anonymously by calling Peel Crime Stoppers at 1-800-222-TIPS (8477), or by visiting www.peelcrimestoppers.ca