Peel Police makes commitment to combat racism in the department 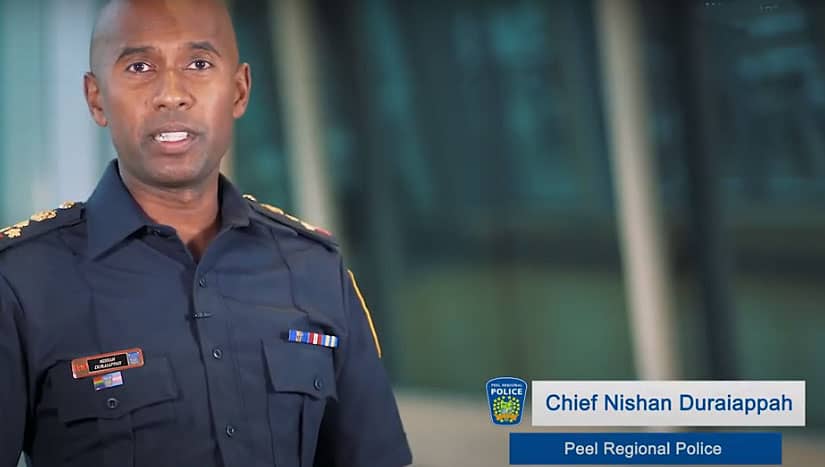 In making the announcement this morning, Peel Police Chief Nishan Duraiappah said the time has come to make meaningful change across the system, and the way to do that is to act.

The police, along with the Peel Police Services Board, will work with the Ontario Human Rights Commission (OHRC) to develop legally binding remedies to target systemic racism in the department and foster community trust.

“The community and the public has called for change and we have done a lot of listening,” said Duraiappah. “To say we are going to make changes and not do it is the gap that persists.”

The chief said there is a framework for the department to follow and part of that is to commit voluntarily to engage the OHRC to develop a roadmap for change. He said the time to stop talking is now and to immediately make the changes operational.

He said the commitment the Peel Police is making will be legally binding and make the department and himself accountable to the OHRC if they are unable to deliver the changes.

“Part of that is to acknowledge that systemic racism exists,” he said. “There is an opportunity to get better and the community wants that. I have to do my part and I will.”

He said operational changes will need to be made in the areas of policy, training, data collection, technology, accountability, monitoring and making public statements.

Ena Chada, Chief Commissioner of the OHRC said the approach is groundbreaking and one she hopes other police services will follow.

The basic principles of the plan are being developed and Duraiappah said the public will be informed as the changes are carried out.