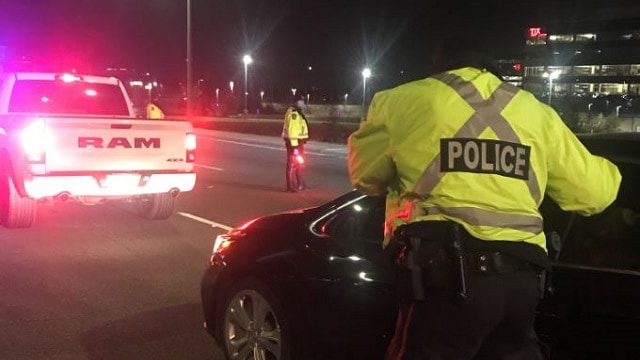 As the holiday season quickly approaches (some might say it’s already here!) so too does police’s annual campaign to ensure impaired drivers are off our streets.

This year police have officially kicked off their Reduce Impaired Driving Everywhere (RIDE) spotcheck campaign, which involves officers stationing themselves at random undisclosed locations across Mississauga and Brampton to stop vehicles and check that drivers are not impaired.

“Building a safe ride home into your party plans should be just as important as the countless hours spent putting the special event together,” said police. “Mixing alcohol or drugs with driving can be a disastrous combination at any time of the year, especially during the holidays.”

Police say they’ve charged numerous drivers with impaired driving during RIDE programs in the past, with penalties including driver licence suspensions, vehicle seizures, and criminal charges.

As usual, Peel police won’t be the only ones watching for impaired drivers, as police services across the province (including OPP) take part in their own holiday RIDE programs as well.

#PRP have officially kicked off the Festive Ride Program this holiday season!

We will be out doing ride spot checks in various locations across the region. Do NOT drive impaired.#PlanAhead #DriveSafe #dontdrinkanddrive #dontdrivehigh pic.twitter.com/vx8DB5eKad