Next year, Peel Regional Police Chief Jennifer Evans will be retiring from her current position, and while the service has yet to select a new chief, it has appointed someone to the position on an interim basis.

McCord succeeds Evans, who retires on January 11, 2019 after more than 35 years with the service. 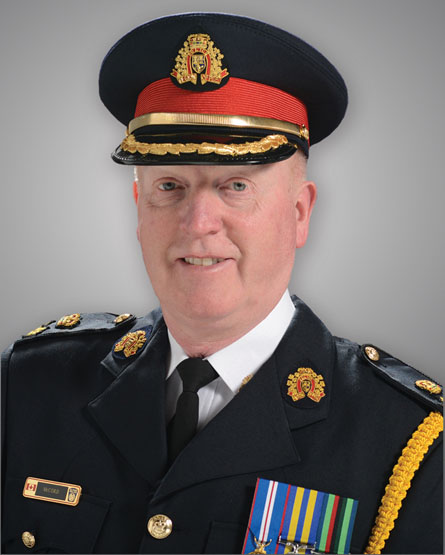 According to Peel police, McCord began his policing career in 1979 as a member of the Royal Ulster Constabulary in Northern Ireland.

He served nine years and attained the rank of sergeant, before immigrating to Canada in 1988 and joining Peel Regional Police.

During the G8/G20 Summit in 2010, Deputy Chief McCord was assigned as the deputy director of the Unified Command Center in Barrie. In 2011, he was promoted to superintendent and assigned as executive officer to the chief of police.

On Nov. 23, 2012, McCord was appointed deputy chief of Peel Police. In 2015, he was appointed to the Order of Merit of the Police Forces by the Governor General of Canada.

"The Board wants to congratulate Chief Evans on a distinguished career, including the past 6 years as Chief," said Chair Norma Nicholson. "The Board is very pleased to announce the appointment of Chris McCord as interim chief, who can provide a seamless transition until a new full-time Chief of Police is appointed. Acting Chief McCord is an experienced and respected leader. We are confident that he will provide steadfast leadership during the interim period."

A new chief will be selected in the coming year, and will likely face pressure to address the rise in violent crime that dominated headlines in 2018.

The police board says it will post regular updates at key stages throughout the process.