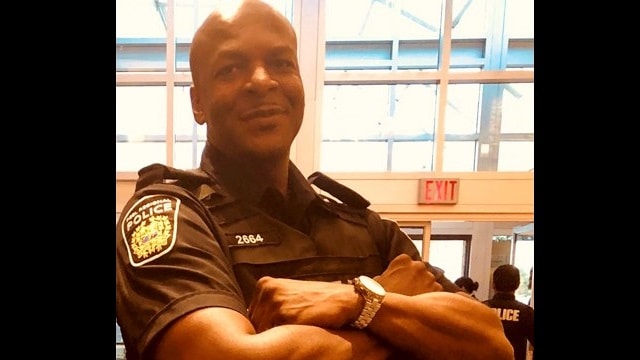 Police are mourning the recent and sudden death of a long-time police officer and community icon.

It was announced late on Saturday (December 12) that Bancroft Wright, an 18 year veteran of Peel Regional Police, passed away suddenly in his home due to a medical episode.

“The passing of Constable Wright has had a profound impact on all of us at Peel Regional Police. Constable Wright was an iconic figure in the community that he faithfully served for so many years,” said Peel police chief Nishan Duraiappah.

For the last four years, Wright was assigned to Corporate Communications as a media officer, where he provided the public with news updates, did interviews, and ran social media.

He was also an active member and contributor to a number of community and professional groups over the years.

“Constable Wright will be remembered for his love of his daughters, his passion for sports, his unforgettable voice, and his laugh that filled the room,” said Duraiappah.

“We’ve called in and spoken to Const. Wright so many times over the past few years and all of us are in shock,” said Ashley Newport, senior editor at Insauga.

“Const. Wright’s signature deep voice and his quick, confident responses were so appreciated. All of us at insauga.com would like to send our deepest condolences to Const. Wright’s family, friends and colleagues at PRP. He will be missed.”

Peel paramedics, Halton police, Hamilton police and others took to social media to share their condolences.

We extend our sincere condolences to the family and friends and work family for the loss of CST Bancroft Wright of @PeelPolice. He will be missed. Rest easy CST Wright. ^js pic.twitter.com/DdYb0PSwQX

Devastating news. We extend our sincere condolences to his family and friends and to the entire @PeelPolice service. Cst. Wright was larger than life in so many ways and will be deeply missed. https://t.co/SNwwtsnxCL

The Hamilton Police Service expresses our condolences to the family, friends & colleagues of Peel Regional Police Constable Bancroft Wright. He was the voice of #PRP. An outstanding officer who loved his community. He will be missed. https://t.co/V0ebQ3q4G5

The flags at Peel Regional Police stations will fly at half-mast in Wright’s memory.