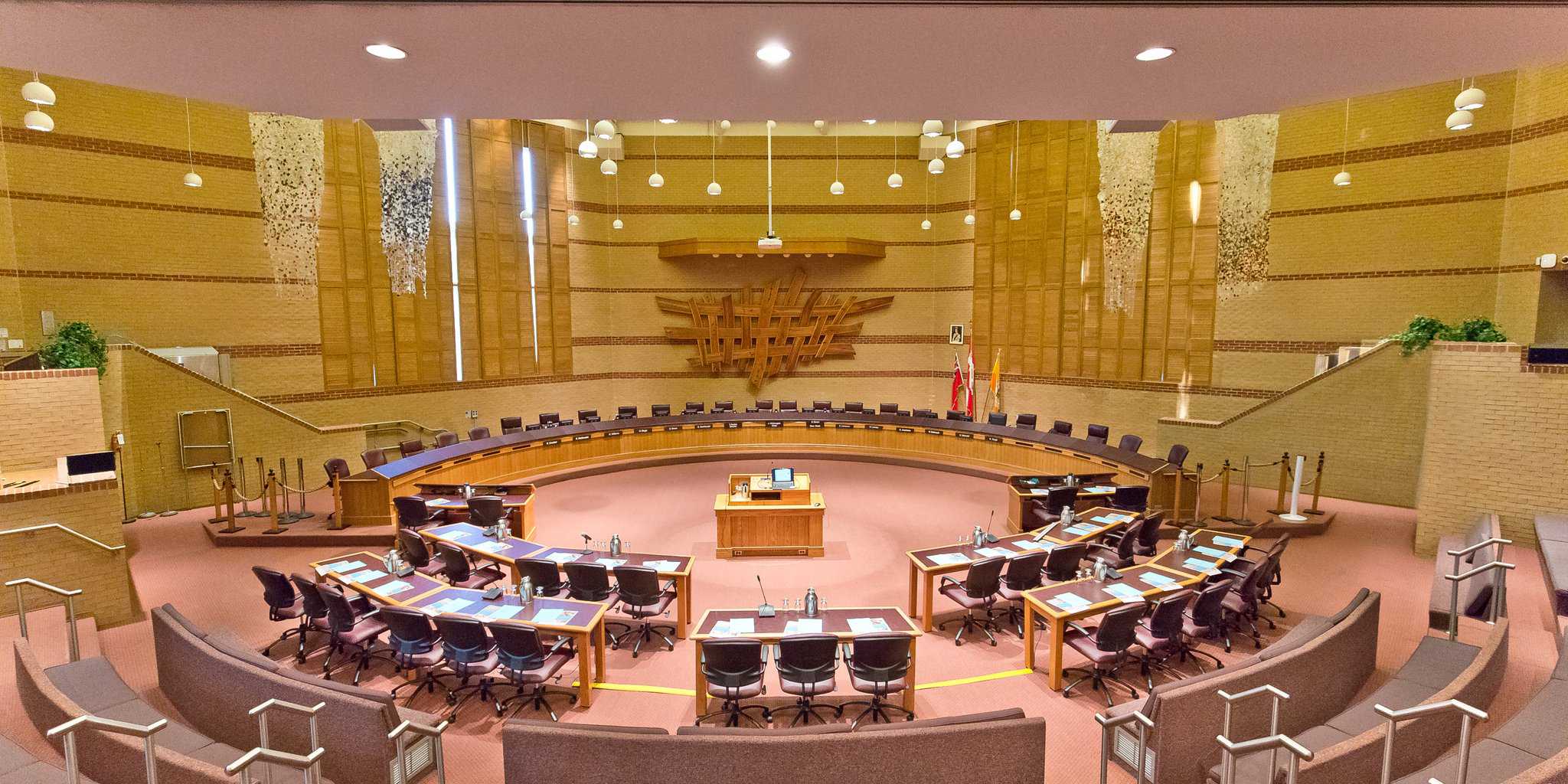 On March 24, the Peel District School Board (PDSB) will be meeting to discuss a damning report&nb


On March 24, the Peel District School Board (PDSB) will be meeting to discuss a damning report on anti-Black racism in Brampton, Caledon, and Mississauga schools.

The meeting will be live-streamed, as members of the public cannot attend due to provincial rules that were recently implemented to slow the spread of COVID-19.

At the meeting, PDSB staff will discuss the contents of a review launched by Stephen Lecce, Minister of Education, in November 2019. The review was launched in in the wake of concerning allegations of anti-Black racism and improper human resources practices. The final report, issued earlier this month, contains myriad examples of how racism disproportionately impacts Black students.

In a statement released after the release of the report, the board said it’s taking the review seriously.

“As a Board of Trustees and senior leadership team, we are united in our commitment to address and take urgent action on each of the Ministry of Education’s directives. Our clear expectation is that our colleagues across the Peel District School Board will take action on the directives, and fully engage in the professional learning and initiatives that are implemented in the coming days, weeks and months,” said Chair of the Board Brad MacDonald and Director of Education Peter Joshua in a statement.

“Together, we will work to eliminate anti-Black racism, uproot systemic discrimination, and use an accountability framework to drive and deliver positive change. The action we take will be swift, bold and transformative—those we serve deserve nothing less.”

The review was conducted by Shawn Richard, a Partner at Lenkinski Law and the former president of the Canadian Black Lawyers Association; Suzanne Herbert, former deputy minister in the Ontario government who led a similar review of anti-Black racism in the York Region District School Board; and Ena Chadha, a human rights lawyer and an adjunct lecturer at the Schulich School of Business.

The review was launched following a request from the PDSB.

On March 13, Lecce submitted a letter to the PDSB with 27 directions and corresponding timetables and deliverables. Some directions include retaining an independent mediator or conflict resolution expert to advise the board, retaining an additional integrity commissioner, implementing a mandatory annual learning plan for board members, finding an external expert to evaluate the performance of the director of education, implementing an annual equity accountability report card and more.

As for how the report was conducted, the reviewers say they received over 450 requests for interviews and reviewed more than 160 written submissions and telephone submissions. From December 2019 to early February 2020, reviewers conducted 115 interviews and held four community and student engagement sessions.

The report says that the PDSB boasts an incredibly diverse student population and that the board has “many promising and successful initiatives underway in the PDSB that leverage diversity to enrich student achievement and enhance educational experiences.”

The report also says the PDSB has a good number of staff in classrooms, schools, and at the board office who have “substantial expertise, credentials and lived experience to successfully leverage and promote diversity and drive meaningful equity initiatives forward in the board.”

While the report focuses on anti-Black racism, it says reviewers also heard concerning claims regarding violence within South Asian communities (particularly violence involving male youths of the north Brampton Punjabi community) and indifference to it amongst teachers and administrators.

“We heard from members of the community, including PDSB educators and leadership, that the board is unresponsive to the escalating problem of alcohol and drug abuse within the South Asian student community, which was described to us as an urgent issue. Punjabi parents are gravely concerned about their children’s safety and want and need the PDSB to intervene to curtail youth violence and substance abuse in schools,” the report reads.

The reviewers also heard concerns regarding Islamophobic materials in the French curriculum, the use of anti-Semitic language and displays, high suicide rates among LGBTQ+ students, higher than average suspension rates for Indigenous students and the underrepresentation of Latin American students in regional choice learning programs.

“We heard, nearly without exception, the belief that Black students are grossly overrepresented in suspensions. One staff member astutely observed, ‘you don’t need data; you just need to see who is being sent to the principal’s office’” the report reads.

“We heard complaints from members of the PDSB, Black and non-Black, that teachers and principals are not implementing progressive discipline, that teachers and principals escalate trivial issues unnecessarily, that they are involving the police for minor issues leading to arrests and stigmatization of Black children at a very young age, and that Black children are leaving the PDSB because it is not safe for them.”

The issue of police being called to intervene in matters involving Black students recently caused a furor at a recent PDSB meeting. During the meeting, the rejection of a motion calling on the board to stop involving police in non-serious conflicts prompted some attendees to begin protesting. Brad MacDonald, chair of the board, argued that the board couldn’t set policy for police and therefore couldn’t pass the motion. The meeting was brought into a private room and police were called.

In the report, reviewers said they heard of many incidents involving police in schools in which Black students were arrested, and sometimes charged. The report also says that, too often, neither students nor parents were properly informed by the board of their rights in relation to the suspension and return-to-school process.

“This signals to us that the protocols set out to guide communication and interactions with police in schools are not working and there needs to be greater accountability for school administrators to inform and consult with parents when implementing progressive discipline that may trigger police intervention,” the report reads.

“This also suggests that school administrators need greater familiarity with de-escalation and restorative techniques to reduce recourse to police involvement.”

“PDSB suspension data, disaggregated either by race or grade, support concerns that the suspension system is arbitrary,” the report reads, adding that Black students are suspended for committing offences other than those known to be suspension-worthy (such as possessing a weapon, assaulting someone, vandalizing property, threatening someone, bullying someone, etc).

The report also notes that Black children in junior and senior kindergarten are facing suspensions.

The report says that Black students feel that they are held to a higher standard of behaviour.

“During our review, Black youth told us that they feel like they are held to higher standards and different codes of conduct in comparison to White or other racialized students. While being called out for their behaviour, they watched while non-Black students did the same thing without any consequences,” the report says.

“Many people told us they had witnessed harsher punishments for Black students and that mitigating circumstances were either not, or often not, considered for Black and racialized students.”

The reviewers also said that a number of Black students reported being interrogated by their teachers to intentionally escalate or “trigger” them, adding that students report experiencing this from both white and South Asian staff members.

The report says research suggests the increased rates of suspension may be the result of implicit biases amongst PDSB faculty who view Black youths as “prone to misbehaviour.”

The report also found that Black students are disproportionately placed in applied-level courses, ensuring they will be unable to attend university.

“What we consistently heard during the course of this review tells us that too many educators and administrators do not have high expectations for Black students,” the report reads.

“Many Black students receive inadequate advice on their academic choices and pathways, and by no means are encouraged to realize their full potential.”

The report also found that the Euro-centric curriculum fails to engage both Black and non-Black students by not properly acknowledging the diversity of the student population.

Disturbingly, the report also suggests that students who use the N-word to demean Black students are typically given more supportive, progressive discipline.

“We heard of microaggressions in classrooms occurring on a daily basis without teachers intervening,” the report reads.

“We also heard of an instance where the N-word was painted on a wall, but rather than being directly addressed by teachers or the school administration, the racist word was simply removed.”

“Many people we interviewed provided anecdotes of degrading, inappropriate and racist comments made to and about Black students and staff by teachers and principals. We heard of a teacher suggesting that a young elementary Black student ‘will be a drug dealer just like his dad’, and another teacher telling a Black colleague that the colleague was ‘surprisingly well-spoken,’” the report reads.

At the staff level, reviewers say they heard concerning reports about nepotism and favouritism when it comes to hiring practices, with some people telling them they did not bother to apply for certain jobs because they had been advised that those positions were being held for someone else.

After the report was released, the board acknowledged the myriad concerns expressed by students, parents and staff and promised it would take steps to address the issues.

“Throughout the review process, painful narratives were shared by Peel board students, staff, families and community members who believe our system is racist and that some of our practices are discriminatory. It is clear that many individuals have been negatively affected over the years, and we apologize for the trauma and hurt they have experienced,” MacDonald said.

“But apologies mean nothing if we don’t take action to address and correct systemic issues that result in marginalization and oppression. To do this, we cannot centre issues of equity on the discomfort of people in positions of power. We must centre those who are being marginalized, lean into our discomfort and choose to do what is right and just by those we serve. We must put our commitment to equity and inclusion into meaningful and authentic practice.”

Going forward, the board says it will work to carefully track its progress and implement changes.

“Through our new Annual Equity Accountability Report Card, we will establish accountability measures and responsibilities for school and senior board leadership, and we will reach out to the community regularly to assess our progress and make any necessary adjustments,” the statement reads.

The report card will be made available annually as part of the Director of Education’s Annual Report.