Peel District School Board Set to Lay Off Over 300 Teachers 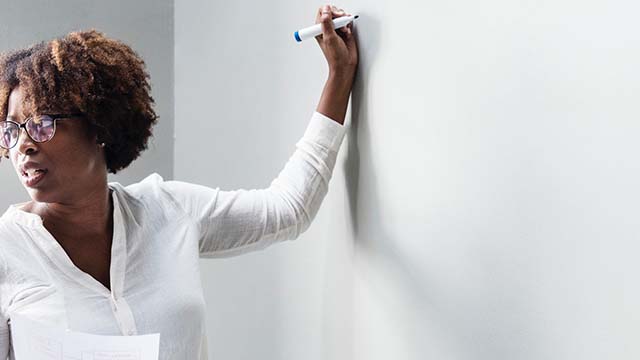 The Peel District School Board (PDSB), which oversees public schools in Mississauga, Brampton and Caledon, recently confirmed that, due to impending funding cuts at the provincial level, it will have to lay off over 300 teachers.

The layoffs can, however, be called off if the Doug Ford government comes through with increased funding at the end of the month.

“We are still waiting for the Ministry of Education to make an announcement on Grants for Students Needs funding. However, today we will be declaring teachers surplus given changes to class size averages and cuts in funding to date,” Ryan Reyes, manager of communications and community relations, PDSB, said in a email to insauga.com.

“If there is good news in the upcoming grant announcement, these teachers that are being declared surplus to region may be reinstated as permanent as of September 1.”

This means a total of 330 teachers have been declared surplus.

Reyes said the 99 elementary school teachers were surplussed based on funding cuts related to central staffing.

“For elementary teachers, it’s funding cuts related to central staffing. That refers to staff that work at the board to support schools, we had to cut those positions,” he says.

For secondary school teachers, 172 of the staffing cuts were made based on the class size increases proposed by the province. The other 21 are based on cuts to central staffing.

Reyes said the 38 elementary teachers were surplussed because the Ministry said the board would not be getting local priority funding.

The cuts are affecting newer teachers with less seniority, as the resource teachers who support teachers in schools and help implement the curriculum will be moving into teaching positions at schools as a result of the central staffing cuts.

“They work at the board office and they’re returning to teaching positions in the fall, so this will affect teachers with less seniority,” Reyes says.

“So to date, we’ve declared a total of 330 teachers surplus based on reasons of class size increases and funding cuts related to central staffing and loss of local priorities funding.”

Reyes said the cuts are not related to the government’s promise to introduce four mandatory online classes going forward.

While Education Minister Lisa Thompson said that it’s routine for school boards to examine staffing and declare some teachers surplus, Reyes said the PDSB hasn’t had to eliminate any permanent positions in the last five years.

“Every year, every board looks at staffing. It is a routine process to look at staffing. There may have been a few teachers surplussed over the years here and there, but nothing as close to this high. This is directly related to changes at the provincial level.”

While the news has hit the education community hard, Reyes says it is possible affected teachers will be able to hold onto permanent positions should the province promise adequate funding.

“The Ministry has committed to providing funding and we have four years to meet class size numbers. They have promised funding to make up for gaps.”

While Reyes says he can’t say what the impact will be, he says that if the province does cover the cost, the board can reinstate the teachers into permanent positions.

Surplussed staff will still able to apply for long-term placements (such as covering maternity leaves) and supply teaching positions regardless of whether the layoffs are called off.

“There were 30 designated early childhood educators who were informed that they were surplussed earlier this year,” says Reyes. “They help out in kindergarten classrooms and assist teachers.”

School boards will find out if the province will provide enough funding to reinstate surplussed staff at the end of the month.