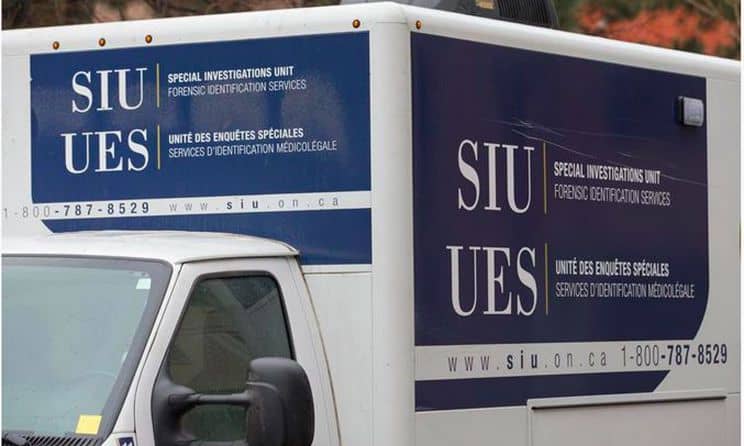 Two Peel Regional Police officers who fired a combined eight shots at a fleeing suspect have been cleared of any wrongdoing by the province’s Special Investigations Unit.

The incident occurred at a townhouse on Adventura Dr. in Brampton, near Mississauga Rd. and Mayfield Rd. on March 28.

Officers were responding to a 911 call and discovered a man and woman in a running vehicle in the garage. The driver ignored instructions to get out of the car and pointed something at the officers.

The two cops then fired their weapons. The driver escaped and the abandoned vehicle was found on Whitepoppy Dr., about five kilometres away.

No one was injured in the confrontation. The woman showed up at the police station the next day.

The man, who was wanted at the time on an arrest warrant in Toronto for first degree murder, was arrested during a drug raid on May 7 in Timmins

The Special Investigations Unit is a civilian law enforcement agency that investigates incidents involving an official where there has been death, serious injury, the discharge of a firearm at a person or an allegation of sexual assault.