Pedestrian struck by Kia in Oshawa 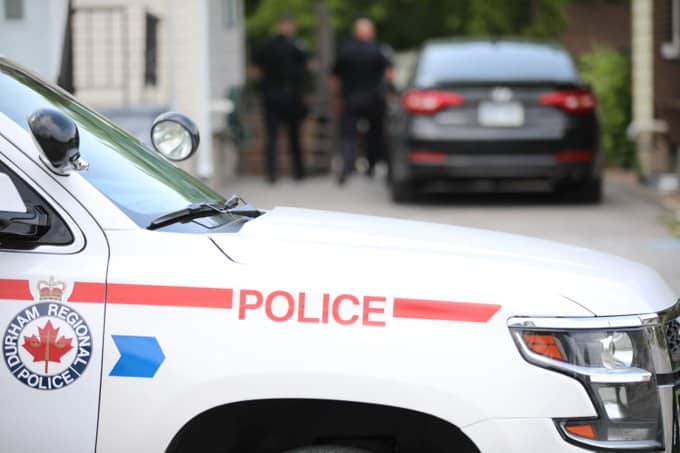 A 64-year-old female pedestrian was seriously injured after being struck by a car while crossing the road in Oshawa Tuesday evening.

Police were called to Dean Avenue and Hillcrest Drive – near Ritson Road and Highway 401 – just before 6 p.m. to investigate a collision involving a pedestrian. The woman was walking her dog when she was struck by a dark Kia vehicle as she crossed the roadway.

The woman was transported by ambulance to a Toronto-area trauma centre with serious but non-life threatening injuries.

The driver of the Kia, a 55-year-old Oshawa man, was charged with Driving in Breach of Condition Prohibited under the Highway Traffic Act. The driver remained at the scene and co-operated with investigators.

The roadway was closed for several hours while officers conducted their investigation.