Pedestrian roads to return to downtown St. Catharines in 2022 with a possible twist The downtown St Catharines weekend vehicle-free pedestrian zones, originally started in 2020, are likely to continue in the Summer of 2022 but with a possible twist.

While Sunday was one of the days this year, the foot traffic was likely insufficient to warrant the closure next year – though that’s not nailed down yet.

However, rather than closing on Friday and Saturday nights from 4 pm to 10 pm, the St. Catharines Downtown Association is floating the idea of closing the streets from 4 pm Friday until 10 pm Saturday to council, a move that would save the city from removing the barricades on Friday and putting them back up Saturday.

This year, the pedestrian paradise ran from the beginning of June and was extended until the end of October, allowing for a mini Halloween Parade filled with tykes on October 30. Originally, October 9 was the last date but the warm weather during the month warranted an extension.

(Top photo courtesy of St. Catharines, below photo, city staff removing the barricades for the final time on October 30) 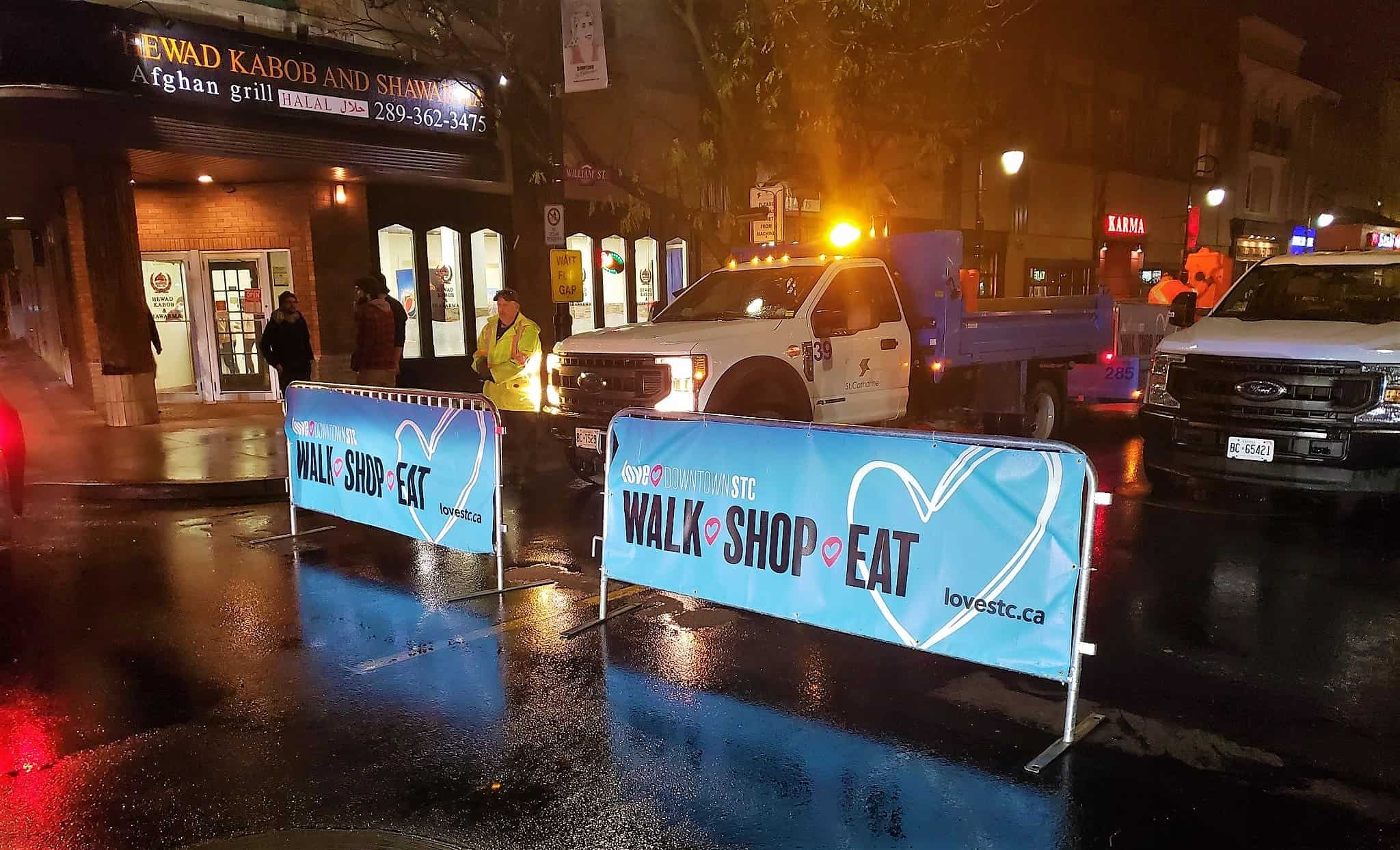