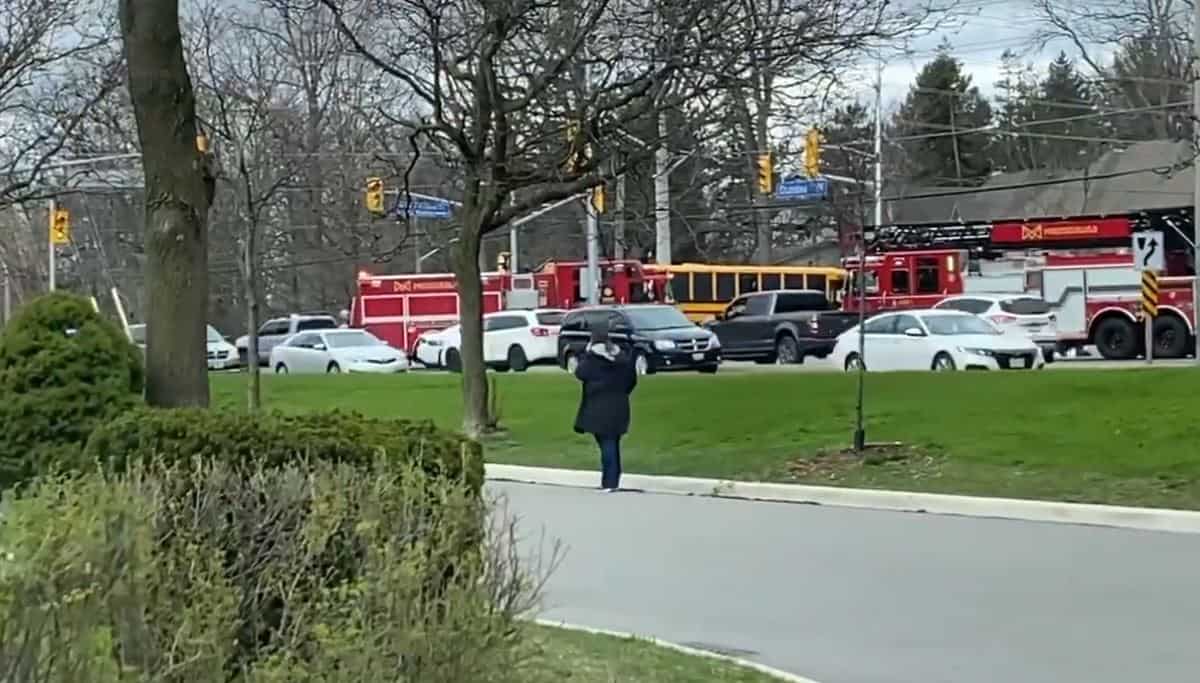 One man is in life-threatening condition after a crash in Mississauga on Tuesday morning (April 26).

A video obtained by insauga.com shows emergency vehicles parked near the intersection of Credit Woodlands Ct. and Dundas St. West sometime around 9:30 a.m.

Peel Paramedics confirmed an adult male pedestrian was struck and transported from the scene to a trauma centre in life-threatening condition.

The video shows an ambulance leaving the scene of the crash with fire trucks and two school buses stopped near the intersection.

A police spokesperson was not able to immediately comment on the incident.