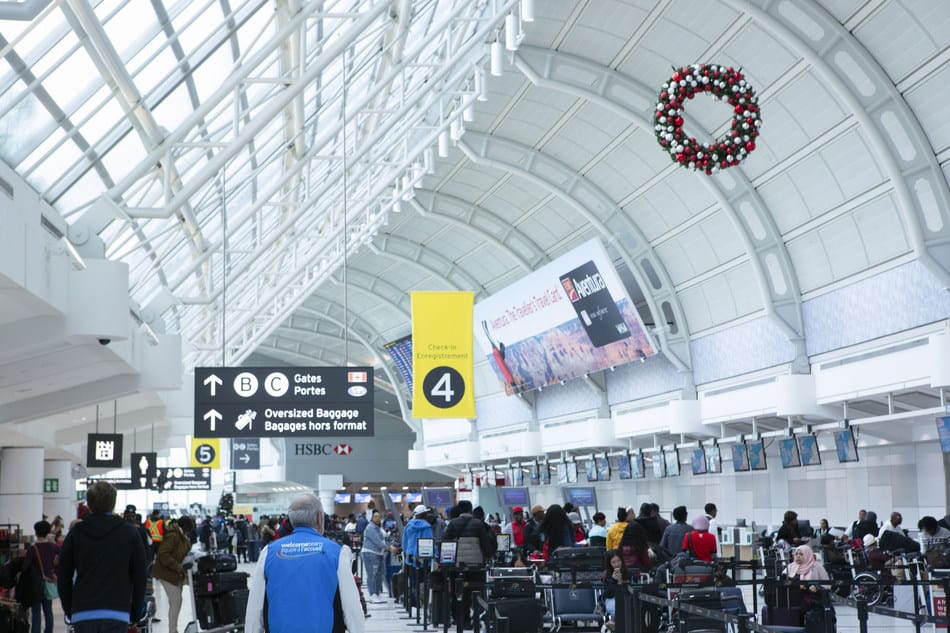 As many as 130,000 passengers per day will pass through Pearson Airport in Mississauga this holiday season as people return to pre-pandemic Christmas travel patterns.

And airport officials as well as Canada’s transport minister say the airport is prepared to handle the traffic more smoothly than it did at times the first eight to 10 months of the year.

While staffing issues and other shortcomings that have plagued Pearson, and other airports to a lesser degree, for much of 2022 are not completely resolved, the situation has greatly improved, federal Transport Minister Omar Alghabra told insauga.com in an interview.

The Greater Toronto Airports Authority (GTAA), which runs Pearson, has also stated in recent weeks that service levels have recently increased while delayed/cancelled flights and huge lineups are on a significant decline.

“I believe Pearson Airport is in much better position (to handle large numbers of travellers) than it was last summer,” Alghabra, who also serves as Mississauga Centre MP, told insauga.com.

The transport minister noted that the airport has hired more staff in an effort to better meet the increased public demand for air travel as COVID-19 restrictions are no longer in place.

“Now, that’s not the same as saying that Pearson has no more work to do, because it does. But the travel sector and the federal government also have more work to do.”

To that end, Alghabra recently hosted a one-day Air Sector Recovery Summit in which he and other government officials brainstormed with members of the airline industry to ensure there are no major headaches for travellers this holiday season–and beyond–at Pearson or any other airports across the country.

As people returned to air travel in huge and unexpected numbers this past summer after COVID-19 restrictions were eased and eliminated, Pearson and other airports across Canada and the globe were caught off guard.

The result, more so at Pearson than nearly any other airport worldwide, was numerous delayed and cancelled flights, lengthy lineups inside terminals and lost/misplaced luggage.