Pearson Airport in Mississauga is also home to various types of wildlife.

You won’t find many snakes on a plane at Pearson Airport in Mississauga, but you will come across quite a few of the slithery creatures in the nearby fields and ravine areas.

A recent airport-related tweet identifies one such snake found in and around Pearson—the storeria dekayi, more commonly known as a brown snake. It’s a small, non-venomous species native to southern Ontario, Quebec, most of the eastern U.S., Mexico and some areas of Central America.

Adults usually measure less than 12 inches in length, but they can be longer, and they feed primarily on slugs, snails and earthworms. Interestingly, they have specialized jaws that allow them to remove snails from their shells for consumption.

On the other end of things, the brown snake is prime prey for larger snakes, large frogs and toads, birds, cats and weasels.

And those creatures, plus many others of all sizes, can also be found both on the 4,600 acres (seven square miles) of airport property and just outside its boundary—particularly to the immediate west where you’ll find the Etobicoke Creek and ravine, home to many a critter. 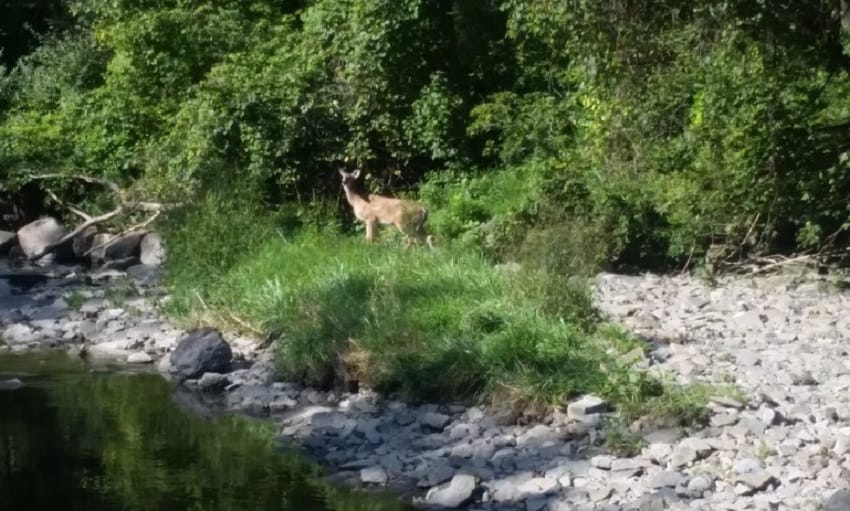 Photo shows a deer by Etobicoke Creek in 2017

Oh, and the birds. In fact, Pearson officials say, some 20 different species of the winged creatures call the airport area home.

For the most part, the animals stick close to home in the grassy areas, but at times they venture closer to the tarmac, buildings and planes.

In rare cases, such as in 2017 when a raccoon made its way into the ceiling area above a baggage claim location, smaller critters get into buildings. 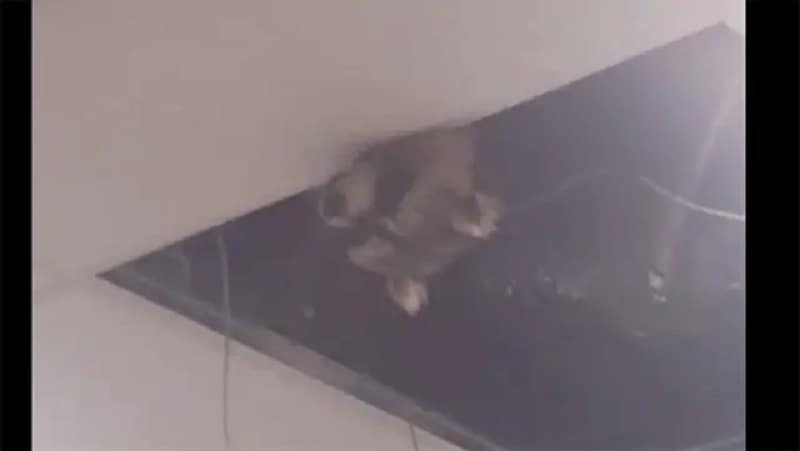 A GTAA spokesperson said to keep the airfield clear of animals, they use a combination of active and passive wildlife management techniques.

‘Wherever possible, we use methods that are designed to protect both aircraft operations and local animals,” said GTAA spokesperson Beverly MacDonald. “Our active management includes the falconry program, trained canines and pyrotechnics meant to scare wildlife away. Our passive management program includes trapping, banding and relocating species, habitat management and exclusion fencing.”