Patrick Brown and Doug Ford are still avoiding each other 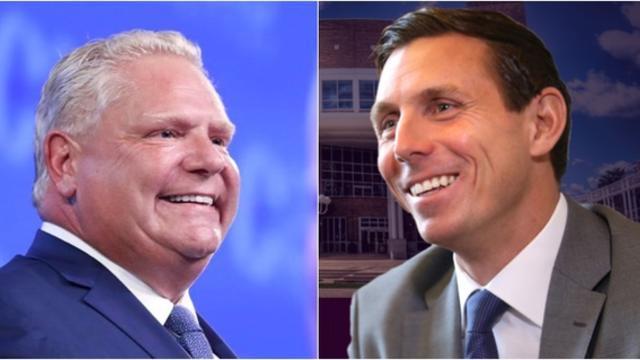 It’s been over a year since former Ontario PC leader Patrick Brown took over as Brampton’s mayor.

It’s been over a year since former Ontario PC leader Patrick Brown took over as Brampton’s mayor. However, he has yet to sit down and discuss serious business with his replacement, the current Ontario Premier, Doug Ford.

Save for an informal joint appearance alongside Brampton West MPP Amarjot Sandhu at his constituency office for a community BBQ, Ford and Brown have not had an actual in person meeting since Brown won the Brampton mayoralty back on October 2018.

“The Mayor has not been invited to a meeting with Premier Ford,” as confirmed by Gary Collins, the mayor’s Communications Director, in an email to inbrampton.com.

Literally the day after Brown won, the Ford government announced that Brampton’s Ryerson university funding was being cancelled. The city has since launched an effort to bring a university to Canada’s ninth largest city on its own, dubbing the concept ‘Brampton U’.

Other measures such as causing a mess on the Kitchener GO line frustrated Brampton commuters, diddy dallying with a regional governance review that could have negatively affected the city and the persistent matter of hallway healthcare have given the indication, to some, that Brampton is just not on Queen’s Park’s radar.

But Ford’s office disagrees on the notion that nothing has been done for Brampton, saying the province “continues to have a positive working relationship with the city,” despite admitting Ford has not met with Brown either.

“To date, our government has made significant capital investments in the City of Brampton and will continue working in partnership with our municipalities to provide the support they need to better serve their communities,” said Ford spokesperson Ivana Yelich, referring to the ‘strong advocacy’ from Sandhu and the other Brampton Tory MPP, Associate Small Business Minister Prabmeet Sakaria.

She went on to list a number of capital investment projects that affect Brampton, such as:

The two sides can at least agree on one thing: Ford and Brown have not had that face to face to conduct the business of Brampton…along with that proverbial photo op of both men sitting down and smiling, as if they’ve been lifelong friends.

Brown has met with other ministers in the government, but at the end of the day, sitting down with the head of that government who greenlights all the decisions really matters.

Mississauga Mayor Bonnie Crombie has managed to sit down with Ford more than once since Ford took office. Despite the province backing down on regional separation from Peel, the lines of communication between the two leaders remain open.

For example, the Hurontario LRT project continues to plow on ahead, despite the lamentations of some critics.

Meanwhile, with no coherent commitments from the Premier other than the announcements the province made, Brown’s council is spearheading efforts to fight for ‘a fair share’ in health care dollars and starting up a university with zero post secondary accreditation from the province.

Without some concrete partnership from the hand that feeds you, the city’s efforts to move big files forward are beginning to resemble desperate attempts to get attention from a jilted lover who has abandoned you.

Another consideration is the long term political calculus involved. Brampton currently has five provincial seats up for grabs in the 2022 election. Ford’s Tories managed to sweep to power despite only winning two of Brampton’s ridings; the rest went to the NDP.

The rural and small town ridings in Ontario regularly lean Conservative, so Ford needs to hold the seats he has in the GTA in order to stay in office and hope that the NDP and the provincial Liberals split the vote enough to benefit his party.

It looks like he doesn’t need all of Brampton’s seats, if any, to do that at all.