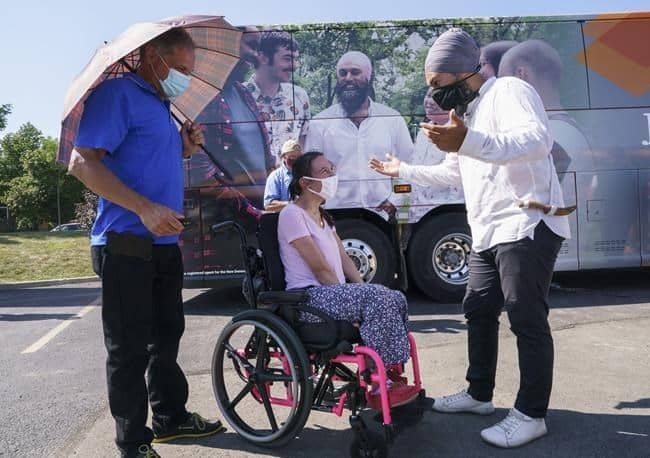 OTTAWA — Canada’s main political parties say they are putting your pocketbook at the top of their agendas, with varying promises to help make everything from housing and food to mobile phone bills more affordable.

Affordability was already a concern for many Canadians before the pandemic hit but then COVID-19 lockdowns and supply-chain constraints exacerbated many of the existing problems.

Conservative Leader Erin O’Toole, who highlighted his party’s pledge for mental health funding, says in a new ad released on Twitter this week that Canada now has a “cost-of-living crisis.”

Singh didn’t say how that could happen indicating only it can be done if a government is elected courageous enough to “stand up to” telecom giants.

Liberal Leader Justin Trudeau is in Vancouver with a pledge to hike corporate income taxes on banks and insurance companies to help pay for some of the promises he made Tuesday to make housing more affordable in the coming years.

This report by The Canadian Press was first published Aug. 25, 2021