Part of building falls onto sidewalk in Hamilton 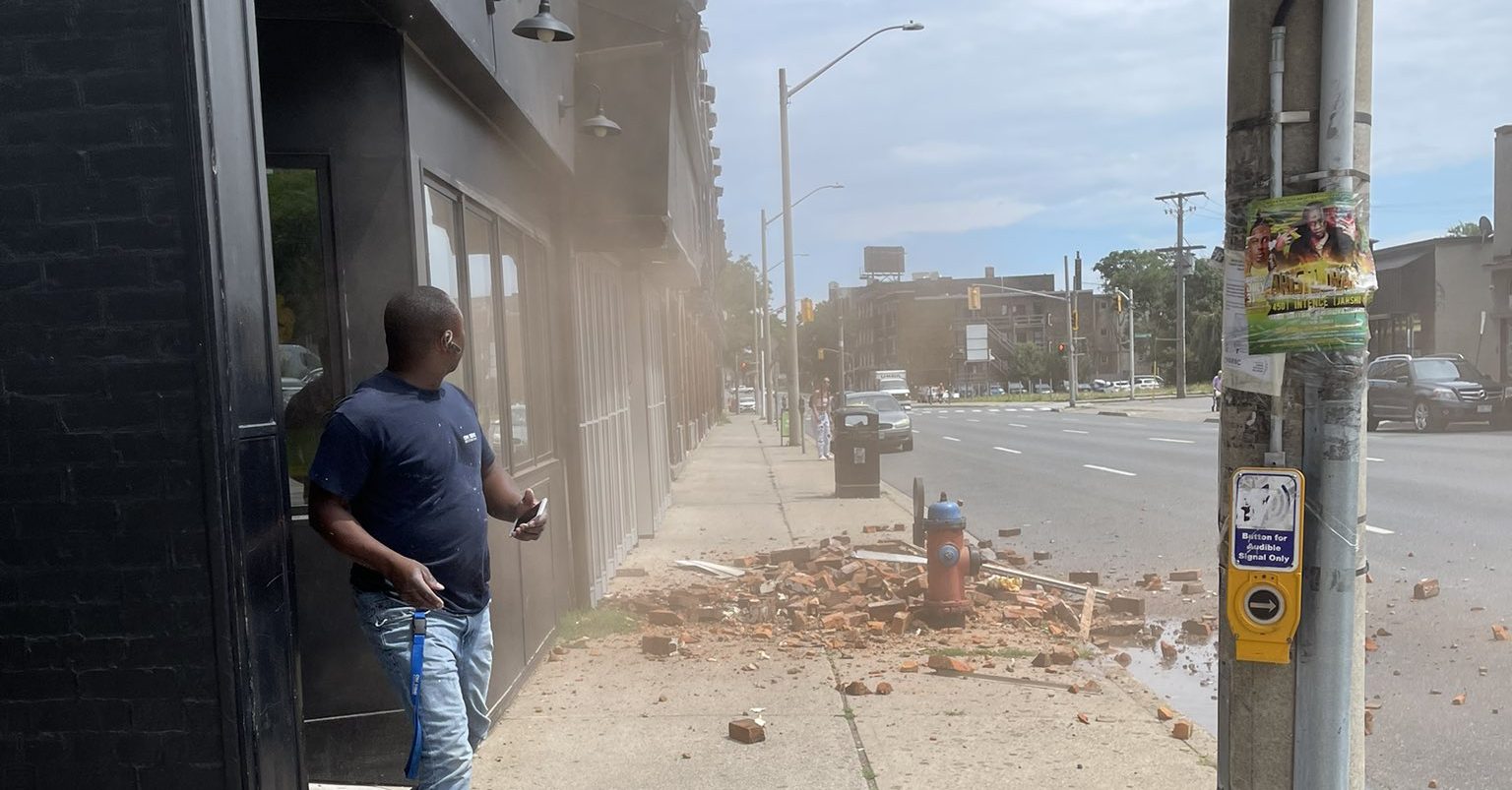 The City of Hamilton closed a portion of King St. East after pieces of a building broke away and fell into the street last evening (Aug. 5).

The crumbling building is located on King St. East between Emerald Street and East Avenue. That section of the road has been closed off.

I forgot to add this photo because I didn’t have my spectacles 😂 pic.twitter.com/t2hkdNT4e7

Images shared by Hamilton residents on Twitter show numerous bricks strewn across the sidewalk and white siding dangling from a second-storey window.

The City tells drivers to expect delays in the area as the road remains closed and work is completed on two buildings.

No one was physically hurt as a result of the falling debris.

The City’s Building Division staff say they aim to have the road reopened by Sunday morning (Aug. 7).