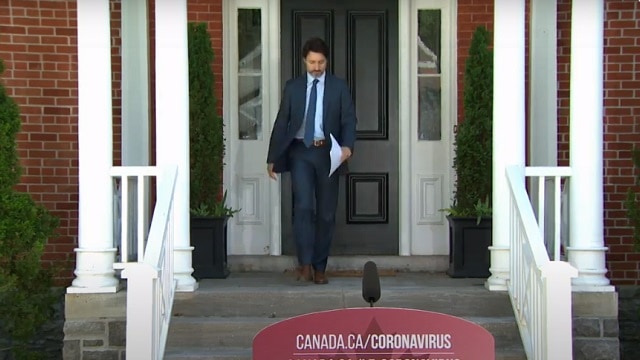 In his regular COVID-19 update this morning, Prime Minister Justin Trudeau delivered good news for Canadians who want to spend some time camping this summer.

As of Monday, June 22, Parks Canada will gradually start reopening some of its camping sites, although which locations are expected to reopen first has not yet been specified.

Parks Canada suspended camping at national parks locations back in April in order to curb the spread of COVID-19.

“No matter what you’re planning this summer, whether it’s camping or barbecues, keep following public health recommendations and keep doing your part to protect the people around you,” Trudeau said.

As for new funding, the prime minister announced that almost $500 million in funding will go to thousands of Canadian researchers through NSERC’s annual discovery grants program, whether they’re studying COVID-19 and other viruses, developing AI, or making progress in chemical engineering and other fields.

Researchers will be able to apply for the grant via the NSERC website.

“It’s in everyone’s interest that they continue doing their vital work,” the prime minister said.

The federal government will also be opening applications in the next week for two additional programs to support Canada’s fish and seafood sector, which Trudeau says has been hit particularly hard by the COVID-19 pandemic.

As of today (Wednesday, June 17), the Canadian Fish and Seafood Opportunities Fund has been put in place to help producers in the sector as they attempt to reach new customers and maintain a foothold in the international market.

Starting Monday, processors will also be able to apply for the Canadian Seafood Stabilization Fund, which will reportedly go towards endeavours such as buying personal protective equipment, keeping workers safe, and purchasing freezers so fish/seafood products stay good while producers work on finding buyers.

Taking all of the federal government’s financial aid programs together, Trudeau says they’ve introduced “the largest economic measures in our lifetimes”, and are planning to disclose specifics on how the pandemic has impacted the country’s economy and future.

To do so, the government will be releasing what it calls an “economic and fiscal snapshot” in the House of Commons on Wednesday, July 8.

“This will give Canadians a picture on where our economy is right now, how our response compares to that of other countries, and what we can expect for the months to come,” Trudeau said.

More details on all of the federal government’s financial aid programs and COVID-19 response can be found at the government’s website.