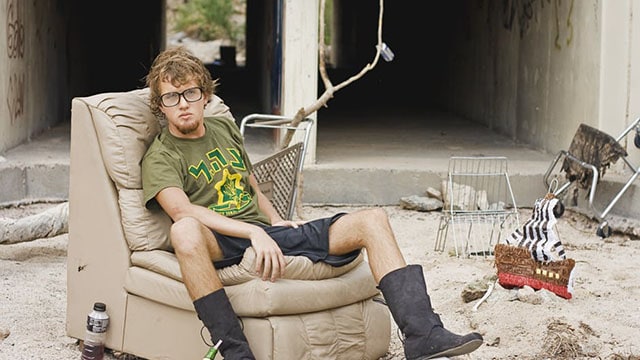 Have your parents given you a substantial amount of money to start your own household?

Although you might feel very lucky if they have–because you are indeed fortunate if your family was able to give you a leg up in this overwhelming real estate climate–you might actually not be in the minority.

A recent CIBC poll reveals that a surprising majority of Canadian parents–think 76 per cent–with a child 18 or older say they’d give their kids a financial boost to help them move out, get married or move in with a partner. Interestingly enough, half of those surveyed say they’d give an average of approximately $24,000.

The poll also reveals that, when given the option, almost two-thirds of parents would prefer to give cash rather than have their adult child and partner/spouse live with them.

CIBC also points out that most Canadians (68 per cent) either misunderstand or say they don’t know the tax and other financial implications of gifting.

“The poll findings show that while many parents are thinking about giving their kids a financial boost to leave the nest, there are a lot of misconceptions about gifting,” says Jamie Golombek, managing director, tax and estate planning, CIBC Wealth Strategies Group, in his new report, Give a Little Bit… “Unlike in the U.S., we don’t have any kind of gift tax, which means if you have what’s called ‘never money’ – money you’ll never spend in your lifetime – it’s worth considering making a financial gift while you’re alive to help your kids get started in life.”

Some interesting findings in hard numbers:

So while most parents are willing to provide financial assistance, some are cautious and hesitant. According to the survey, 55 per cent are concerned about gifting money to their children and two in five admit it’s because they worry they may need the money later. Almost a third (29 per cent), worry their children won’t use the money wisely.

That said, 37 per cent of all parents say they’re comfortable taking on debt to help their kids get a good start. To be fair, however, few parents will actually tap into their credit lines or borrow from family and friends and 80 per cent of those giving money will draw from cash and savings to fund their gifts.

“The caveat to making any financial gift is that you generally don’t want to put your own finances at risk,” says Golombek. “You need to map out the lifestyle you want in retirement and the money you’ll need before making a financial gift.”

The poll also indicates that children of baby boomers could be in for a fair chunk of change. A CIBC Capital Markets report says that, over the next decade, baby boomers are expected to inherit an estimated $750 billion. CIBC says it’s likely a good portion of the bequest boom will skip a generation, as 74 per cent of parents aged 55+ say they would pay forward their inheritance or a portion of it to their children or grandchildren if they received an inheritance today.

The poll also reveals that many parents and grandparents (56 per cent) who gift money feel it’s appropriate to give to every child or grandchild, although some (73 per cent) say amounts may differ from receiver to receiver.

Most interestingly, 60 per cent of those surveyed say they wouldn’t attach any strings to their gift–it would belong to their children or grandchildren and that would be that.

“When you gift during your lifetime, you’re able to enjoy seeing your beneficiaries use the money while at the same time reaping potential tax savings opportunities,” Golombek says. “In addition, by gifting assets before you die, these assets will not be subject to probate fees because they will not be part of your estate.”

He also points out that the types of gifts and amounts given to children/grandchildren can create family conflict if not handled with sensitivity and forethought. “Sitting down together with an adviser can help you sidestep potential familial issues and craft a well-thought-out, tax-efficient plan for gifting money or assets,” he says.

As for parents thinking of gifting money, Golombek has a few tips:

So there you have it, more parents are gifting kids money than you think–even if it’s just to get them out of the house.

So be nicer to your parents. They might help you out with your rent someday.