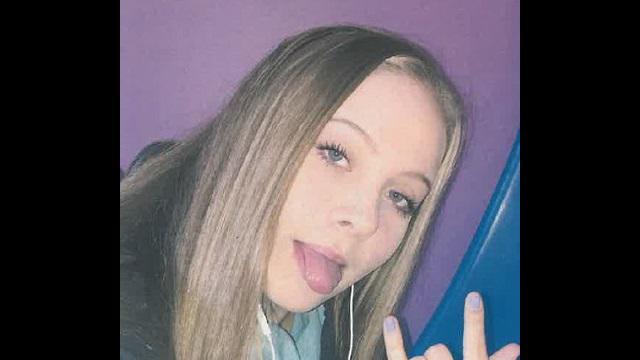 A Mississauga teen who went missing and was found has gone missing again and her parents fear the worst.

Yesterday, Peel police put out yet another call for help in locating 15-year-old Alyssa Langille, who was last seen on Friday, Dec. 9 when she was dropped off at school.

Now, a CityNews report has revealed that Langille’s parents fear she may be involved in the sex trade. In the video, Langille’s mother Candi McDonald reveals that she recently found a picture of her daughter on escort service website Backpage. According to City, the photo was posted just hours after her disapperance.

Her mother fears that Langille hasn’t entered in this arrangement willingly due to the way she’s hiding her face in the photo.

Initially, Langille went missing on Tuesday, Dec. 6 and was found, along with another teen, when police went to investigate reports of a man wih a gun at a Burlington hotel.

Police brought her home after locating her.

Her father, Bob Langille, told City that she looked tired and worn out when she came home.

Her parents told the news outlet that they have not heard from her since her latest disapperance and fear that while she may have gone away willingly, she’s not a willing participant anymore.

Her parents tearfully begged her to come home.

Langille is described as a white female who is 5’2″ and 125 pounds. She has fair skin, straight blonde hair, blue eyes and a medium build.

UPDATE: Peel police just announced that Alyssa Langille has been located. According to police, Langille returned to her residence in good health.

The police are thanking everyone for their help with the investigation.