Parents divided over sending kids back to school: Poll 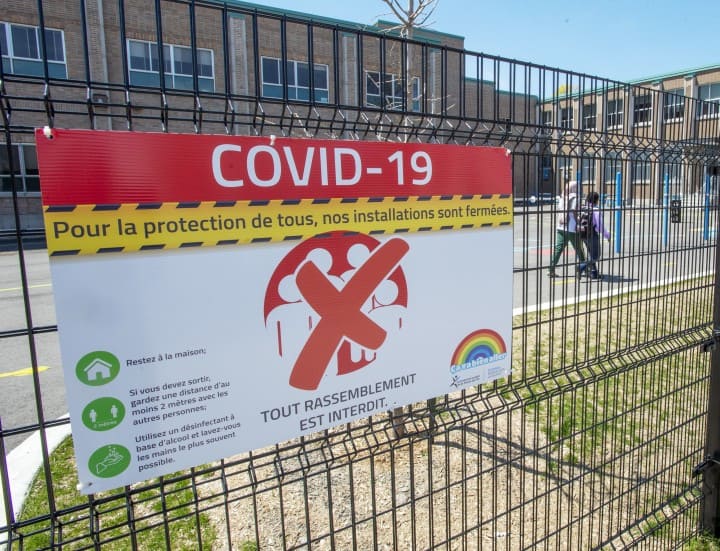 As the clock ticks down to September, a new poll suggests many Canadian parents are on the fence about whether to send their kids to school if and when classrooms are reopened.

The poll by Leger and the Association for Canadian Studies comes as provincial governments are working on how to get students back into classrooms, most of which have been shuttered since mid-March due to COVID-19.

The Leger online poll of 1,517 Canadians over age 18 — of which 391 were parents with children in their households — took place July 24 to 26. The poll cannot be given a margin of error because it is not a random sample.

“We’re five weeks away from what’s a normal back-to-school time and still a quarter of parents don’t know what they’ll do,” Leger vice-president Christian Bourque said, adding: “A lot of it is still up in the air because provinces have really not made all their decisions.”

Many provinces have yet to decide whether to reopen schools and, if so, whether to do so full-time or with some type of hybrid model involving some in-class instruction possibly bolstered by online courses.

Parents were more united on implementing safeguards to prevent students and teachers from contracting COVID-19, including mandatory temperature checks for children (82 per cent support), protective masks for school staff (81 per cent) and screening questionnaires (77 per cent).

Two-thirds were also supportive of students having to wear masks. Support for the measure was strongest in Ontario, which has seen a resurgence in COVID-19 cases in the past week, and weakest in Atlantic Canada, which has seen far fewer cases.

“All of this in terms of trying to protect staff and children seems to be making sense to parents,” Bourque said. “People still feel the importance of safety first, protection first, over the fun of being in school.”

“This will require a lot of flexibility from employers in the fall because most people expect that we will be confronted with some type of hybrid model of how our children go back to school,” Bourque said.

Forty-one per cent of all respondents said they would be more worried about personally contracting COVID-19 if schools reopen while 48 per cent said it did not change their fears either way. Bourque suggested that was a reflection of already-high concerns about the illness.

Fifty-seven per cent of respondents said they were somewhat or very afraid of getting COVID-19 versus 41 per cent who were not.

This report by The Canadian Press was first published July 27, 2020.