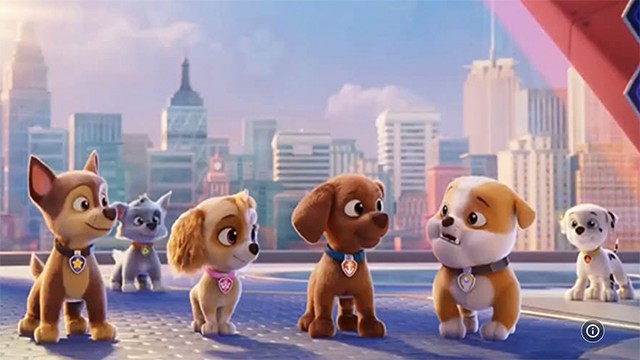 TORONTO — Many parents will be having a tough talk with their kids this weekend to explain why “Paw Patrol: The Movie” isn’t available to watch at home in Canada.

The highly anticipated children’s animated film, based on the homegrown toy franchise and TV series, opened in Canadian theatres Friday but some of its marketing materials have encouraged kids to stay inside and stream the film on Paramount Plus.

That’s caused confusion with some families who’ve taken to social media to ask why the film isn’t available on the streaming platform in Canada, like it is in the United States.

The problem arises from complications around the film’s ownership, which varies by territory.

“Paw Patrol: The Movie” is distributed by Elevation Pictures in Canada, while Hollywood studio Paramount Pictures handles the stateside release.

Social media accounts for Paw Patrol as well as Paramount Plus have trumpeted the film as having a streaming option, without pointing out that it’s only for U.S. viewers.

Canadians have long complained about how difficult it can be to track down which streaming service is carrying their favourite show or new movie, but usually it doesn’t affect such a popular Canadian brand such as Paw Patrol.

The globally known franchise about a precocious boy and group of rescue dogs is owned by Toronto-based toy creator Spin Master.

A representative for Paramount Plus did not immediately provide comment.